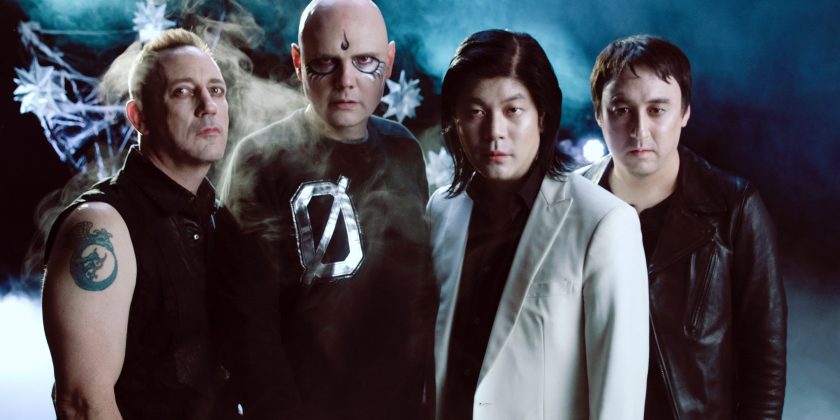 The Smashing Pumpkins’ newest album, “Shiny and Oh So Bright, Vol. 1 / LP: No Past. No Future. No Sun,” is out Friday, marking the band’s first LP in 18 years to include founding members Billy Corgan, James Iha and Jimmy Chamberlin, who are joined by guitarist Jeff Schroeder.

USA TODAY chats with frontman Billy Corgan about the reunion, fandom and why he’s so active on Instagram.

Question: How did conversations start between you, James and Jimmy about getting back together?

Billy Corgan: Honestly, I can’t remember. The main thing that happened was James and I started socializing again when I went to Los Angeles. Over a few years of just getting together and making our peace, we eventually broached the subject of working together again. We were doing an acoustic tour as The Smashing Pumpkins, and I invited him on stage in Los Angeles with us, which sort of broke the ice. But it took a long time – it wasn’t some snap (decision).

Q: What specifically did you guys need to work through in order to move forward?

Corgan: We haven’t really discussed it because I don’t think it’s pertinent to the band. It was more stuff between us that went back 30 years. When you make that kind of peace with a family member, you don’t sit down and say, “Well, you know, in 1992 you hurt my feelings.” It’s really more about mending the fence and letting nature take its course. And that’s kind of what happened. We got back in the business of being family again and breaking this 17-plus year wall of not talking.

Q: What exactly went down between you and D’Arcy Wretzky (the band’s original bassist, who left the band in 1999)? She recently shared what appear to be text messages between you two, in which you offer to have her be a part of the reunion but only in a limited capacity.

Corgan: The problem is that she presented an incomplete record. Those conversations went on for years. What she presented was, a), without my permission. They were private messages. And b), because I never contextualized the messages, people just filled in their own conspiracy blank and created a narrative that isn’t true. As you know, in the world we live in, you can try to correct a narrative that’s already sealed in concrete and nobody listens because the narrative that they formed is far more interesting. The reality is quite boring.

Q: Is there any chance you could reconcile or have those bridges been burned?

Q: When you first reunited with the band and producer Rick Rubin, you only intended to record a single track together. How did it turn into a full-blown album?

Corgan: We spent three weeks at The Village (studio) in Los Angeles doing some demos with the idea that we were going to get Rick to do just one song. We presented him eight songs and shockingly, he liked all eight. So we ended up going from recording one song with Rick to (tell fans), “Hey, we’re back,” to doing what became this record.