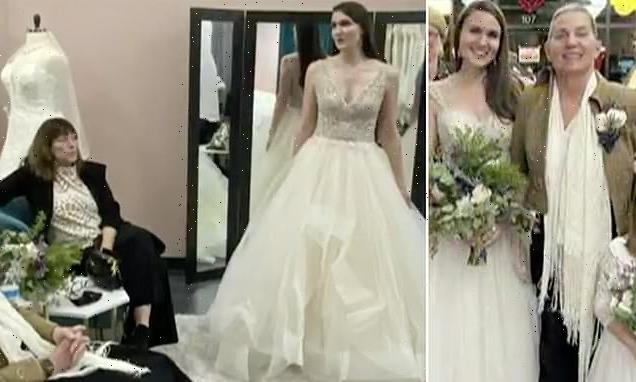 A single woman from Washington recently went wedding dress shopping, despite having no plans to get married in the foreseeable future.

The trip to Kita Bridal in Edmonds was planned so that Christine Gilbert could make a lasting memory with her mom, Colleen Gilbert, who was diagnosed with terminal brain cancer two years ago.

Though Christine didn’t end up buying a dress, the women were able to laugh, cry, and have a special day that they may not have gotten to experience otherwise. 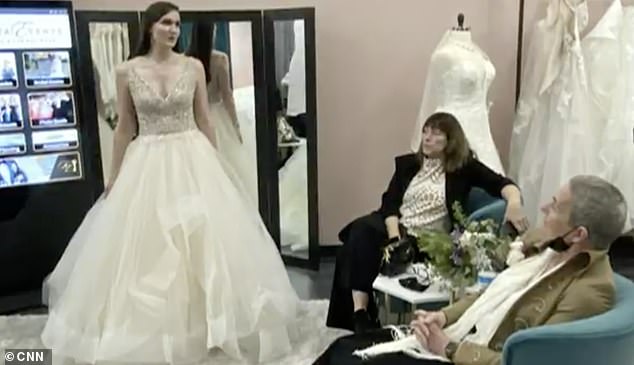 A single woman went wedding dress shopping recently to bond with her mother, who is terminally ill 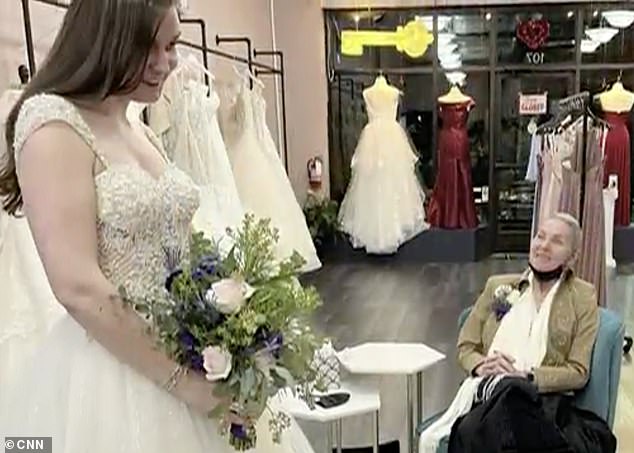 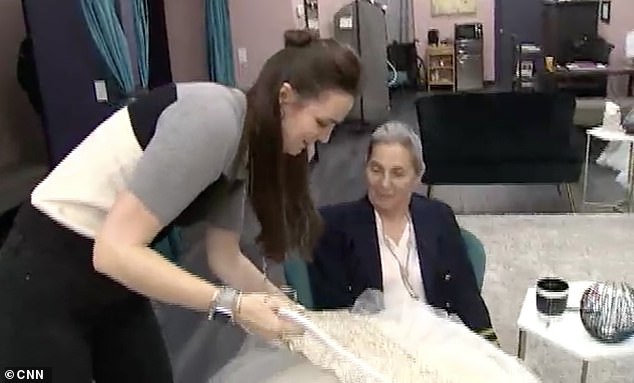 ‘She’s been saying more and more, “I really want to see you married,”‘ she said

Since Colleen’s diagnosis, Christine has thought about ways to make memories with her mom that she’d miss out on after she dies — and dress shopping seemed liek a perfect plan.

‘What are the things that a mother and daughter do?’ she told King5. ‘This is sure something that came up to me, especially since she’s been saying more and more, “I really want to see you married.”‘

Christine made it extra special, having the whole family — Colleen has six kids in all — dress up and ride in a limo to the store.

When they arrived at Kita Bridal, there was a surprise wedding dress party waiting, which the owner, Krista Larrison, hosted for free.

Krista felt a personal connection, having taken care of her own mother with dementia for over a decade.

During the event, Christine tried on dresses for her mother, and they went through a range of emotions.

‘It was great to lose ourselves in that for a day and truly just take ourselves on that wild, fantastical journey,’ Christine said.

‘Something like this that I thought was totally out of the question happens, it is very, very special,’ Colleen added.