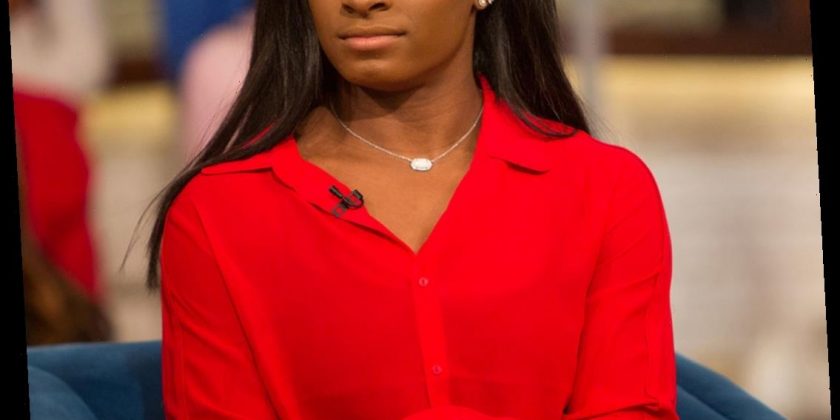 Simone Biles is speaking candidly about athletes and their right to use their platforms to address topics and issues beyond their sport.

She later responded to a message from Minnesota Vikings wide receiver Justin Jefferson and echoed his sentiments about athletes forming and sharing their opinions on political and social issues.

"Stop saying stick to football like that’s our only purpose on this earth," Jefferson, 21, tweeted. "We (football players) have every right to speak on whatever we feel no matter the situation."

Reposting his tweet, Biles — who is the most decorated American gymnast of all time — added, "As well as any other athletes !!!!!!!!!!!"

The tweets from Biles and Jefferson come months after fellow sports stars publicly addressed the topic, including NBA star LeBron James who clashed with Fox News personality Laura Ingraham, who once said that athletes should keep their political opinions to themselves.

Back in June of last year, LeBron James shared a resurfaced clip on Twitter featuring The Ingraham Angle host, 57, slamming James, 36, for speaking out against President Trump. "You're great players, but no one voted for you," Ingraham said in the February 2018 segment. "Millions elected Trump to be their coach. So keep the political commentary to yourself, or as someone once said, 'Shut up and dribble.' "

The 2018 clip, originally shared by Complex Sports, was combined with a then-recent 2020 broadcast in which Ingraham defended Saints quarterback Drew Brees for his comments regarding the #TakeAKnee movement in the NFL, just over a week after the killing of George Floyd.

"He's allowed to have his view of what kneeling and the flag means to him. I mean, he's a person. He has some worth, I would imagine," Ingraham said about white athlete Brees. "This is beyond football though."

The juxtaposition showed the TV news host's varying perspective about which celebrities deserve to have a platform to address politics, which James addressed in his retweet.

"If you still haven’t figured out why the protesting is going on. Why we’re acting as we are is because we are simply F-N tired of this treatment right here! Can we break it down for you any simpler than this right here???? 🤦🏾‍♂️," he wrote. "And to my people don’t worry I won’t stop until I see CHANGE!!! #ShutUpAndDribbleThisPowerfulBlackManComingFullSteam."

In addition to Biles and Jefferson, numerous other athletes also reflected on Wednesday's events and shared their reactions on social media.

In another tweet, Sherman, 32, added: "There are certain things my brain could never imagine …. and one of them is black ppl storming a government building and taking things without deadly consequences. But that’s just my brain."

Denver Broncos safety Justin Simmons noted, "I guess breaking in the capital and destroying government property because someone didn’t get elected in office is more acceptable than taking a knee for injustices in our country."