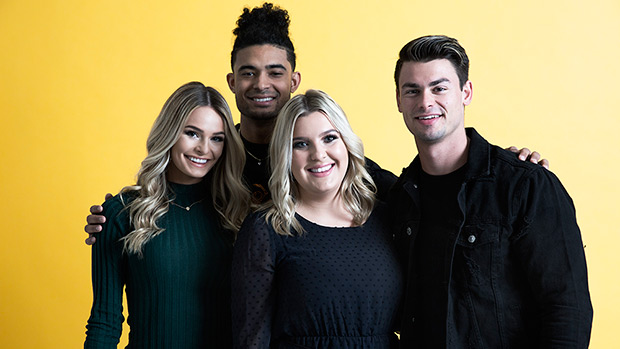 We caught up with some ‘Siesta Key’ cast members for EXCLUSIVE scoop about season 2 — from Juliette and Alex’s relationship drama to Chloe stirring the pot and MUCH more!

Siesta Key returns with its second season on Jan. 22, and from the trailer alone, it’s clear that there’s lots of drama to come! One of the biggest sources of tension seems to be the addition of some new cast members, including Cara Geswelli — one of Alex Kompothecras exes. Naturally, this doesn’t sit well with his current girlfriend, Juliette Porter. “It’s big heartbreak for me [this season],” Juliette told HollywoodLife EXCLUSIVELY. “I’m pretty much devastated half the season. There’s drama and there’s people around that kind of get on my nerves.”

The season begins with Juliette and Alex where we left them — finally in a good place in their relationship. However, it doesn’t last long. “A lot of curveballs are thrown at us,” she said. “It was definitely really, really hard on our relationship. I definitely had support when we saw that Cara came back to town, but I was definitely upset because she has a reputation and — shocker — I’m obviously not super secure in my relationship. It’s tested probably more than ever.” As for Chloe Trautman…she’ll be keeping up her reputation as the show’s resident ‘pot stirrer,’ and told us that she won’t be holding back at ALL this time around.

“This season, I’m just even more unfiltered,” Chloe admitted. “I just don’t care what anyone thinks. I’m going to speak my mind more than ever. In the past, even though it maybe didn’t seem like it, I feel like I actually kept my mouth shut on a lot of situations that I wanted to speak up about. Now, I’m just like — if you’re a cheater, you’re a cheater and that’s unacceptable.” Juliette added, “I think it’s just that she’s holding people accountable for their actions more than she ever has before.” Chloe also admitted that there are some people that she “completely cut out” of her life this season with no regrets.

When it comes to Garrett Miller, though, we’re going to see a side of him we’ve never seen before. “When we go out [now], I show the fun side of me that I usually don’t show people besides my close friend,” he revealed. “Obviously, now I’m closer to everybody and that fun side comes out. I’m excited for people to see that side of me, rather than just thinking I’m boring and only interested in fitness.” Still, season 2 won’t be without some trials and tribulations for Garrett, either. “There are some conflicts with career and love life that I have to make decisions on,” he told us. “I’m deciding how to pursue my future and stuff like that and there’s a new girl in town that might’ve caught my eye…”

Plus, he’ll have to deal with running into his ex, Kelsey Owens, who cheated on him with Alex last season and now has a new boyfriend. “I’ve honestly jus really kind of kept my distance [from her],” he said. “If I see her, if she says hi, I’ll say hi. But that’s kind of all it really is.”

Like Garrett, Brandon Gomes also finds himself at a crossroads this season. “There’s a lot of tough decisions I had to make,” he admitted. “There’s a lot of choosing between love and career and a bunch of things like that. As always, I’m cool with everybody, so expect me to have a lot of one-on-one conversations with everybody and being a neutral guy.” Don’t count out possible romantic reconciliation between Brandon and Madisson Hausburg, either! “We’re really good friends at the end of the day, regardless,” he explained. “So the feelings are always fresh and always there. But she has a new guy she’s talking to. I always want the best for her, but don’t lose hope! You can possibly see something come back…”

Siesta Key returns with a two hour premiere at 9:00 p.m. on Jan. 22 on MTV. Click through the gallery above to check out our EXCLUSIVE photos with the cast.