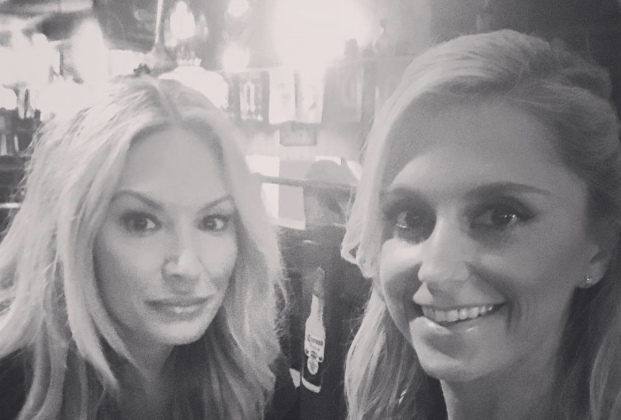 One big takeaway from Below Deck is rank means everything. While pushback against the boss in some professions can fly, taking a stand against your superior in boating just isn’t really a thing. So when new third stew Laura Betancourt got so frustrated with chief stew Kate Chastain, she told her to “check herself” the Below Deck community gasped.

A number of third stews have been at odds with Chastain, often muttering under their breath. However, should all subordinates always take anything the chief dishes out? Higher ranking crew members seem to think that answer is yes.

The crew had dinner and Chastain was clearly annoyed with Betancourt. Chastain asks the group if they should return to the boat or go out. Betancourt jumps in immediately saying that they should go out. “But you just got here,” Chastain says dismissively to Betancourt. “So I’m not really asking you.” And while the entire group falls silent with awkwardness, Betancourt is clearly disturbed by how she is being treated off charter by Chastain.

Betancourt tells deckhand Ashton Pienaar off to the side that she’s worked on other yachts and has never been treated like that. Meanwhile, deckhand Rylee Gerber tells her boss, bosun Ross Inia to “fu*k off” because she was speaking. This is after they hooked up the last night they went out.

Chastain says you earn respect by doing your job

TONIGHT! 8/9c on @bravotv or @slice_tv Canada. Coming in a little too hot ? eh @tyler.rowland ? Tune in if you'd like a good laugh ? #BelowDeck

TONIGHT! 8/9c on @bravotv or @slice_tv Canada. Coming in a little too hot ? eh @tyler.rowland ? Tune in if you'd like a good laugh ? #BelowDeck

TONIGHT! 8/9c on @bravotv or @slice_tv Canada. Coming in a little too hot eh @tyler.rowland Tune in if you'd like a good laugh #BelowDeck

Chastain says Betancourt made negative comments the minute she arrived at the boat. Plus, she tweeted, “Recap: Laura told me the turndowns were done. They were not. I left dinner service to see where the confusion was considering her experience/ability to revamp an interior (We had the same issue last charter) She screams in my face that I need to calm down. I nod.”

And some Twitter followers agree. “She’s not being bullied. Don’t misrepresent doing a crappy job and being reprimanded for it as a sign that you’re being harassed. There’s a hierarchy with leadership-take your lumps, man up & admit the mistake & move on. Give respect 2 get it!”

This is what Captain Lee has to say

Not surprising, Rosbach backs Chastain and the chain of command. In his blog, Rosbach seems frustrated with Betancourt and says she is the one who needs to check herself.

“So Laura, to say that I am not impressed with your behavior or performance would be an understatement. Do I think that you have the talent, and the ability? Oh hell yes you do, you also have the spunk, yup.  But I feel it’s being displayed in all the wrong aspects. You come in like a bull in a china shop, what you don’t sh*^t on you break. You are a 3rd stew.” He says she does not have the right to criticize. “Do your assigned jobs and tasks, and head down and mouth shut. No one cares how it was done on your last boat.”

While Betancourt says she had a higher rank on other yachts, Rosbach said that is irrelevant. “No one, least of all me cares how you did it on your last boat,” Rosbach wrote. “What you may have been then, is not what you are now. And until you prove that you deserved that title you once held, you are a third stew, nothing more and nothing less.  That was then and this is now. Until you get more stripes, keep your thoughts to yourself, especially when you are talking behind the backs of your superiors and the boat that you currently work on in a derogatory fashion. Where do you get off forming such a damning opinion in 48 hrs? And you have the audacity to come on board to save us from ourselves and ‘revamp us.’ If some one needs to check themselves it is you.”