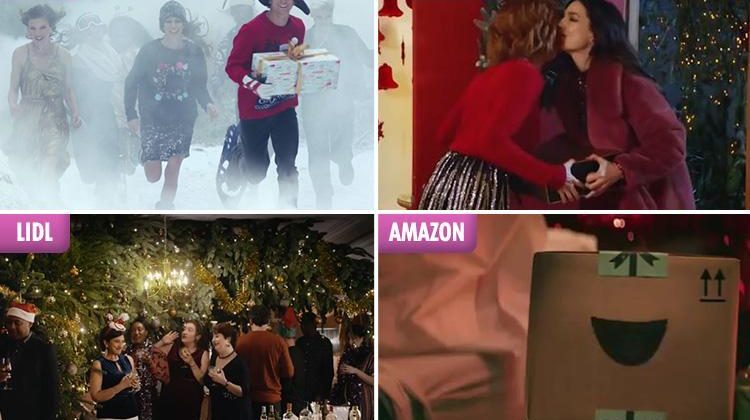 In fact, it seems like some of the retailers have forgot about the festive excitement and instead focused on marketing more of their own products. 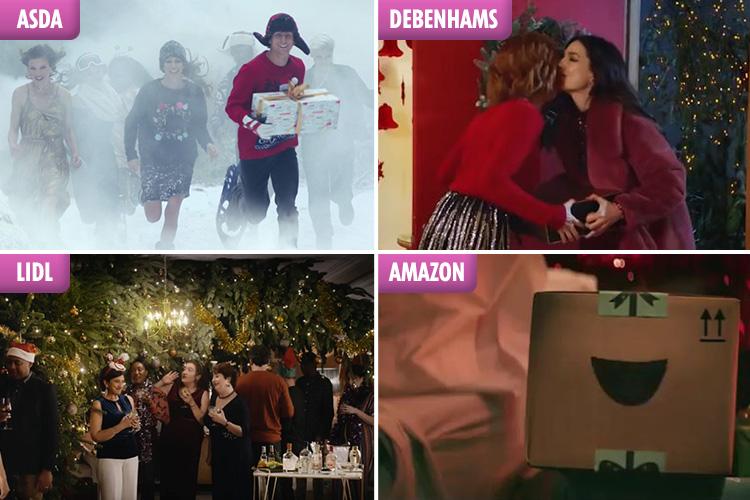 For example, retailer such as Debenhams and Asda made Christmas fans jump for joy last year, but this month they've been blasted on social media by angry viewers.

Others have also complained that the ads have been released way too early.

Instead of centering their ads around a story that makes you feel all warm and fuzzy, many of them instead are used as ways to push products onto shoppers.

Of course, the main aim of these ads is to get shoppers through the doors – so can we blame them?

Here's a roundup of the ones we've seen so far, and some of the reactions the adverts have had.

This year's Christmas advert is in several parts and shows how you can choose the perfect present for people ranging from the uncle, to the best friend or the date.

But viewers have criticised the retailer, which last year released an ad with a modern take on Cinderella.

One wrote: "Can't see this years @Debenhams Christmas ad bringing in the crowds… I do love shopping in Deb's, but I think the marketing team needs a refresh … sorry".

While another pointed out that it was hardly the time for the struggling retail chain to splash cash on an advert.

Another added: "Debehnams has made record losses of more than £500m, and is closing stores. No doubt they'll still find the cash to inflict the same kind of vomit inducing Christmas ads as last year."

The supermarket's ad this Christmas features a cannon-firing Santa, an inflatable snowman and yetis.

There's no heart-wrenching storyline like the popular commercial last year – instead, it shows a huge crowd running down a hill towards a little girl waiting for Christmas.

But some are complaining on Twitter, saying it's too early to watch the ad in the beginning of November.

One user wrote: "@asda I don't know about anyone else but I'm tired of your Christmas ad already, it's far too early and yes, I have complained to others who have started early. If people want to buy early they will, they don't need an ad."

But others enjoy getting in the Christmas spirit nice and early.

One user commented last week: "Seven weeks, four days to go and I've just seen my first #Christmas ad of the year courtesy of @Asda. I wanted to be enraged but I won't lie, I got a little bit excited!!"

Asda's energetic advert this year is a big change to last year, which was about an imaginary workshop where the supermarket's Christmas products are made.

The electrical retailer kicked off the Christmas ad season early by releasing its advert on November 1.

The campaign – entitled The Magic of Christmas Upgraded – features Google and tablets in the Victorian era.

It shows a woman dressed in a corseted Victorian gown getting a Google Home Hub to play some Christmas music, carol singers using Microsoft tablets as choral sheets, while pub-goers are seen watching the football on a flat-screen TV.

But users complained that the ads have ruined Christmas by focusing on materialism.

One Twitter user commented: "@Currys are you bloody joking – a Christmas ad on Channel 4 on November 2?! This is what is wrong with companies, just pushing Christmas down people's throats, so that when it comes to Christmas, people are fed up to the black teeth! It's just pure consumerism and greed!"

Just like Currys, this retailer also started the Christmas ad season by releasing its advert on November 1.

The 30-second magical animation tells the story of a schoolgirl named Elsie, who dreams of being an astronaut.

For Christmas, her parents give her a toy astronaut helmet, which inspires Elsie to pursue her dream.

Another user said: "Was about to whinge about ads during live tv, but the Very.co.uk Christmas ad just made me feel quite emotional, so ads can stay."

Last year, Very.co.uk's ad followed a girl on her quest to give a gift to the one person who never gets one… Santa.

The discount retailer went all out this year by launching not only one, but THREE Christmas ads this year.

The three commercial shorts feature shoppers who have made silly preparations for Christmas such as ordering snow from the North Pole.

Bucking the trend for a tearjerker with an emotional storyline, all three of Lidl's 20-second adverts have a dry voiceover revealing how a shopper "upgraded" their Christmas by buying food and drink from Lidl.

Some viewers didn't buy the concept, and requested an emotional storyline instead.

One user wrote: "I’m a Lidl fan but come on lads….. that’s not decorating a house in middle of nowhere and cheering up grand- Dad after grandma has passed, nice try but if there isn’t tears it isn’t a real Christmas ad."

The Amazon Christmas advert this year features Amazon delivery boxes with mouths singing the Jackson Five classic "Can You Feel It".

It starts with just one box singing to a little girl at home while she's icing a gingerbread house, before more boxes start singing and people are getting deliveries to places such as offices and hospitals.

It then ends with the box singing to the same little girl as she goes to sleep next to a snow globe.

And some think it has a wonderful festive tone it and very amusing, while others did not find it appealing.

One wrote: "I wonder how many of you have seen this new Amazon Christmas TV ad? The song may not be representative of Christmas but the arrangement has a wonderful festive tone to it and very amusing. The whole ad really does get across what Amazon are all about and the time of the year now."

Another commented: "Anyone else not feeling it with the Christmas ads? Nice work Amazon, but still not starting to think about Christmas."

The humble Brussel sprouts takes the centre stage in Tesco's Christmas advert this year, which celebrates the many debates, rituals and routines that make the festive season.

The ad shows families sitting around tables, preparing dinners and discussing how they like their Christmas feast prepared.

But many people are divided over whether they like Tesco's festive campaign.

One user said: "I don't know which advertising company did the Tesco ad but they did a blinder. The best Christmas ad I have ever seen. It's quick, it's inclusive and it's funny….. and really advertises the spirit of Christmas, very well."

But another commented: "NOT loving @Tesco Christmas Ad. WHAT is Christmas about??? What do we actually celebrate? Big hint. Look at the word Christmas."

When is John Lewis' ad out?

Many viewers are patiently waiting for the John Lewis Christmas ad.

Of course, we cannot confirm the official date but we do know that viewers will have to wait a little bit longer as the ad won't be revealed this week.

Last year's John Lewis campaign told the story of a friendship between a seven-year-old boy and his imaginary monster friend.

If you like to watch Christmas ads to get in the Christmas spirit, Aldi has brought back Kevin the Carrot in its advert this year – but it has similarities to a drinks company.

Meanwhile, Argos' ad features a creepy fool – and it could actually ruin the big day for the little ones.