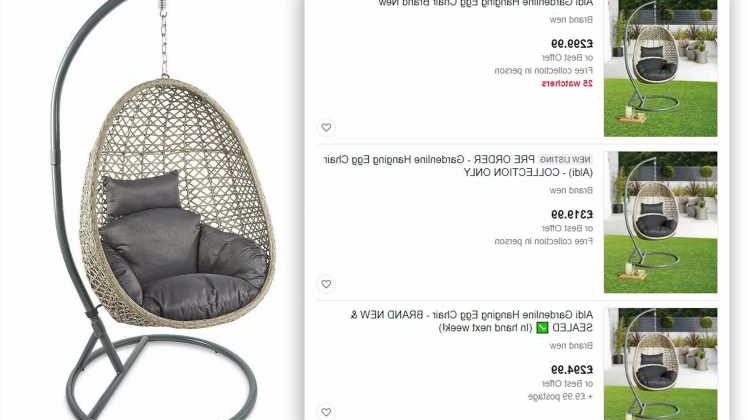 ALDI's bargain hanging egg chair is being sold on eBay for DOUBLE the price a day after they sold out online.

The Instagram-friendly garden accessory went on sale on the retailer's website on Sunday but sold out again within minutes. 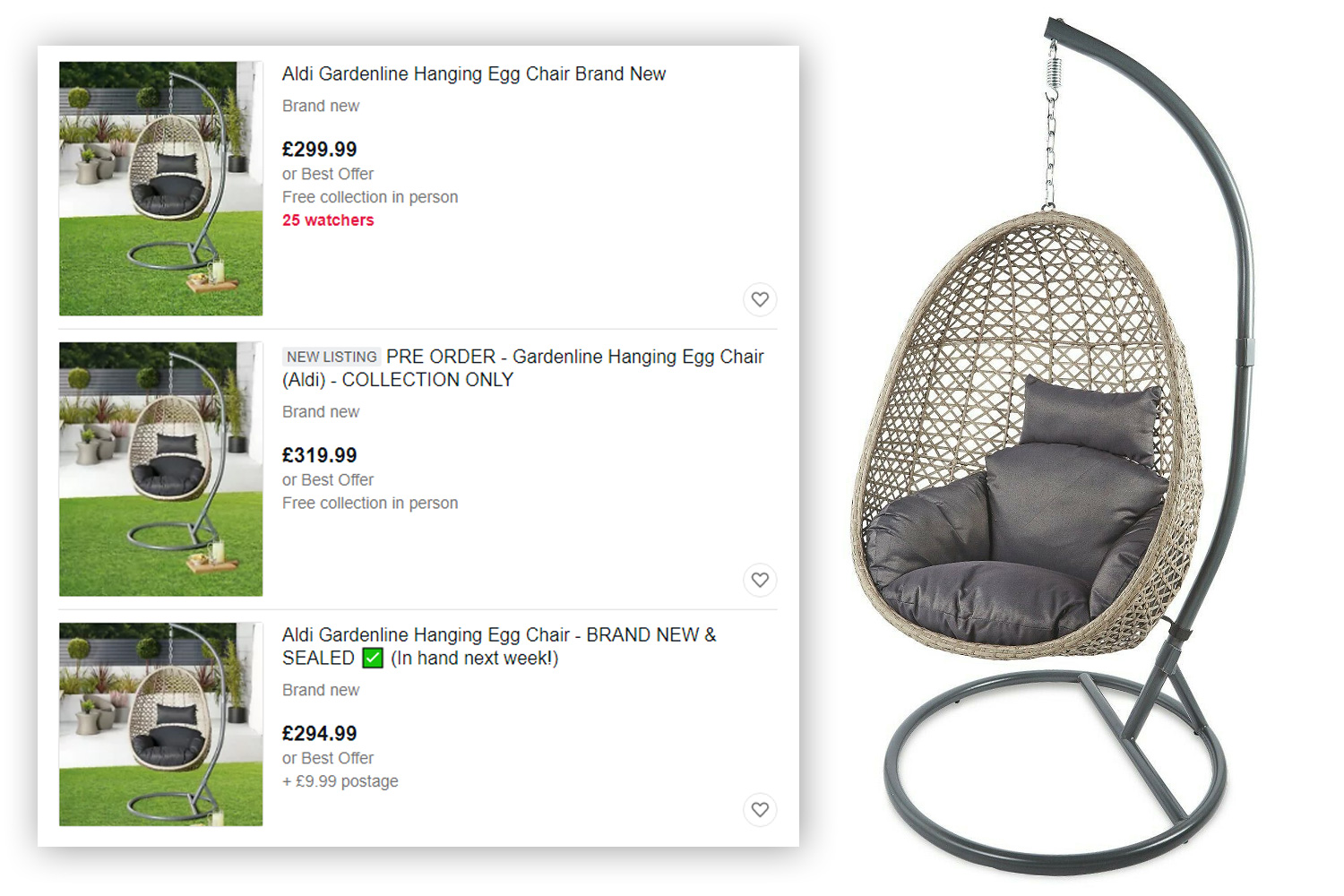 Crafty shoppers who did manage to bag the popular £149 Aldi Specialbuy have been spotted flogging the furniture for twice as much on eBay.

Several listings for the Aldi hanging egg chair are offering a "buy now" price of up to £300.

There are also bids on several Aldi egg chairs which are being auctioned.

With "buy now" items on eBay, there's no guarantee someone will be willing to pay that price. 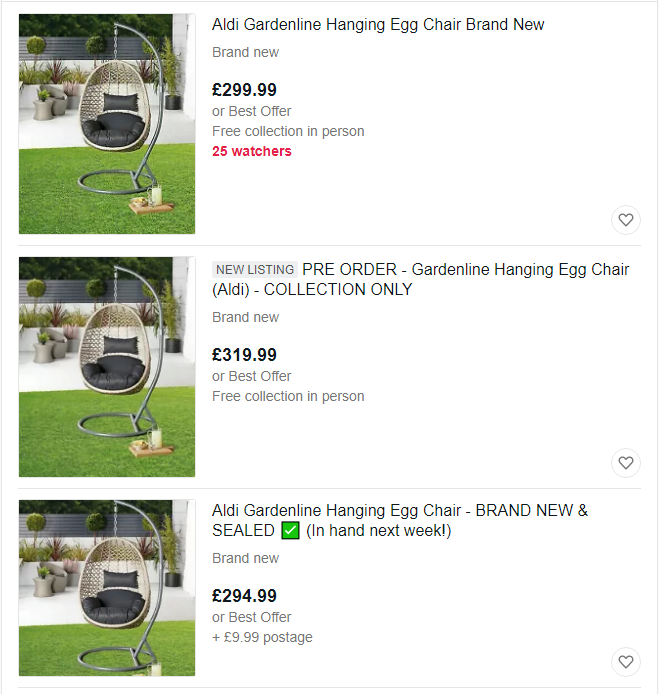 When it comes to auctions, prices can climb as bidders throw their hats into the ring until it ends and the item goes to the highest bidder.

Furious Aldi customers who missed out on getting the egg chair took to social media to share their disappointment.

One shopper said: "Looking to buy an Aldi egg chair today. I got to number 1.3 million in the queue."

And another tweeted: "Woke up at 6.30 to get myself and Aldi egg chair, added it to my basket and the website crashed, now they're sold out fuming".

Last month the popular garden chair also sold out within minutes of going on sale, leaving shoppers angry at missing out.

The discounter promised to restock them and they went on sale over the weekend as part of its popular Specialbuy Garden range.

It's not clear whether they will be making another comeback.

We've asked the retailer for comment, including if the chair will be sold again and will update when we hear back.

Shoppers were also disappointed to find that Aldi's new range of branded clothes sold out online.

The Aldi Mania clothing range, promoted by boxer Tommy Fury, includes a hoodypyjamas and pants with the familiar supermarket logo in rainbow colours.

After going on sale on Sunday, the hoodie and pyjamas for men and women are now sold out and are being flogged on eBay for more.

"Aldimania hoodies all sold out by 9am and on eBay already" tweeted one annoyed customer.

Another said: "Aldi released a clothing brand and I wanted the hoodie and by the time I got on the website they had sold out."

Aldi branded mens boxers are still available to buy online and cost £4.99 for a pack of two, and will be in stores from Thursday, April 29.

The hoody and pyjamas will not be in stores as they are an online-only Specialbuy, while £1.49 Aldi branded sports socks say they are "coming soon".

It's not the first time Aldi's Specilbuys have proved so popular.

Aldi's popular Christmas toy Kevin the Carrot was being sold on eBay for 12 times the original price last year after selling out.

An Aldi shopper claims she's found a solution to all her checkout woes and shared a "genius" trolley hack to speed up the checkout process.

Peppa Pig and Paw Patrol toys are among the latest Aldi Specialbuys you can find on sale.

Check out these six secrets to bagging cheap "yellow sticker" food from supermarkets including Tesco, Asda and Aldi.