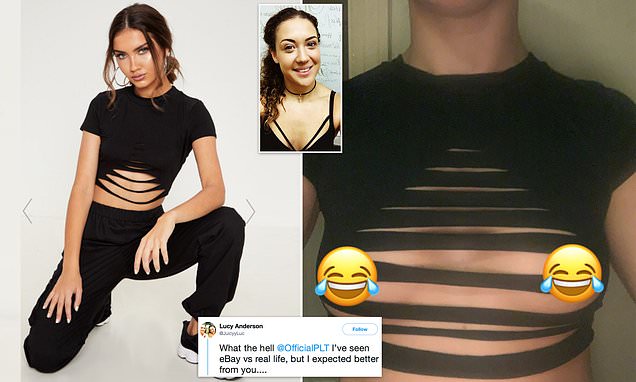 ‘I expected better from you, PrettyLittleThing!’ Red-faced shopper discovers the artfully distressed £5 top she bought online reveals a LOT more than she bargained for

A shopper was left red-faced after a top she bought left her nipples exposed.

Lucy Anderson-Roberts had bought the black cropped top from the online fashion site, Pretty Little Thing, hoping it would go nicely with some high waisted trousers.

But the 27-year-old got a shock when she tried the £5 t-shirt on, as the slashes in it left her breasts exposed after Lucy thought they would fall across her midriff as advertised on the retailer’s website.

Lucy, from Bath, Somerset, said: ‘I saw it in the sale a while ago and thought it would go great with a pair of high waisted trousers I have. 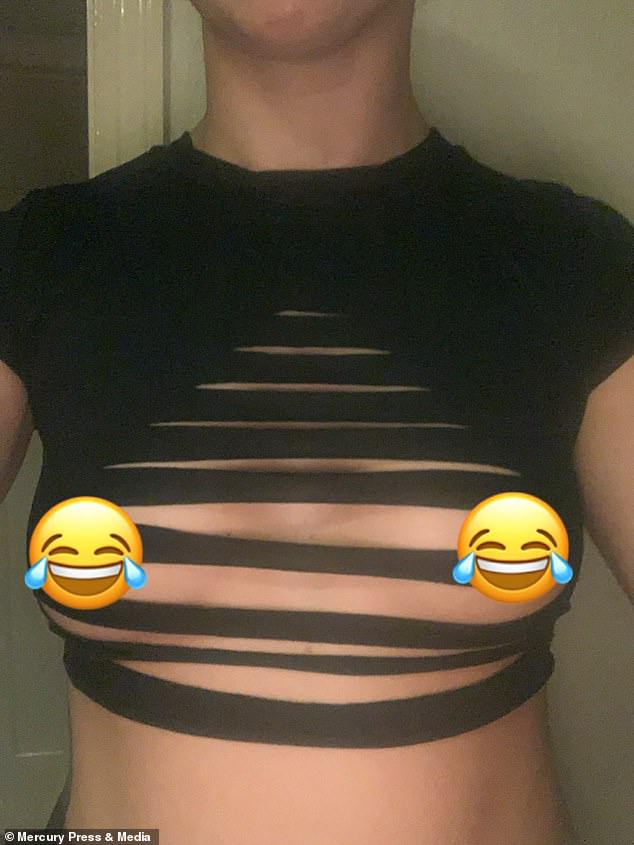 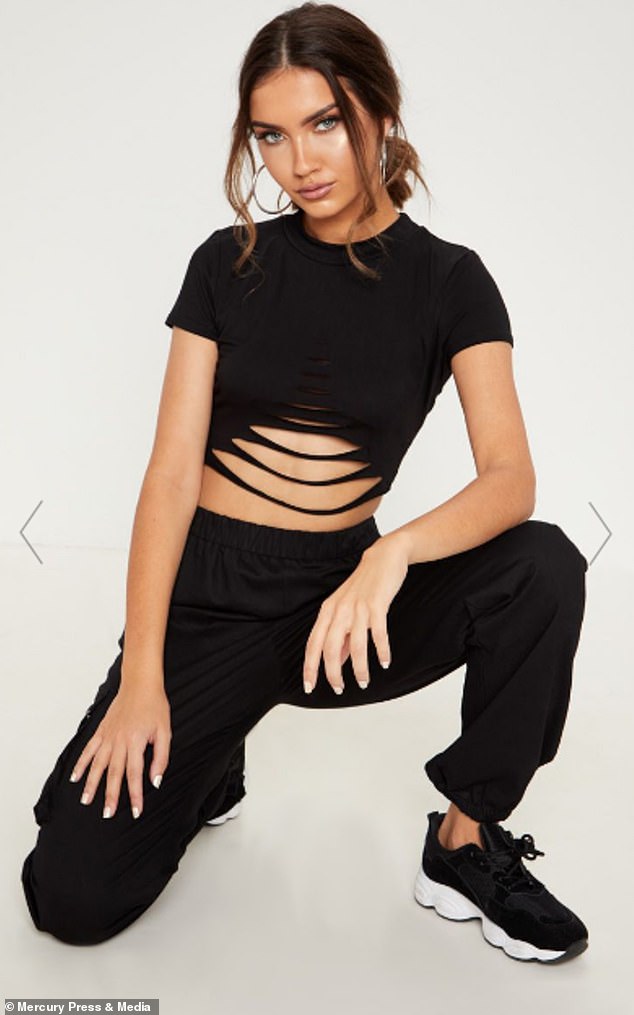 ‘Before I’d put it on I noticed that it wasn’t quite right. The gaps weren’t in the right place. I thought there was no way that’s going to fall below my boob.

‘I tried it on anyway and took a photo to send to my boyfriend. We were cracking up about it.

‘I thought it was really funny but it does need to be raised because it’s a bit annoying that I can’t wear the top.

‘I was a bit gutted about that. It’s meant to be a crop top style with that extra detail going along the middle area. It’s a size 12 as well.’

The implementation manager said when she went to message Pretty Little Thing online she saw customers had had similar issues with other products. 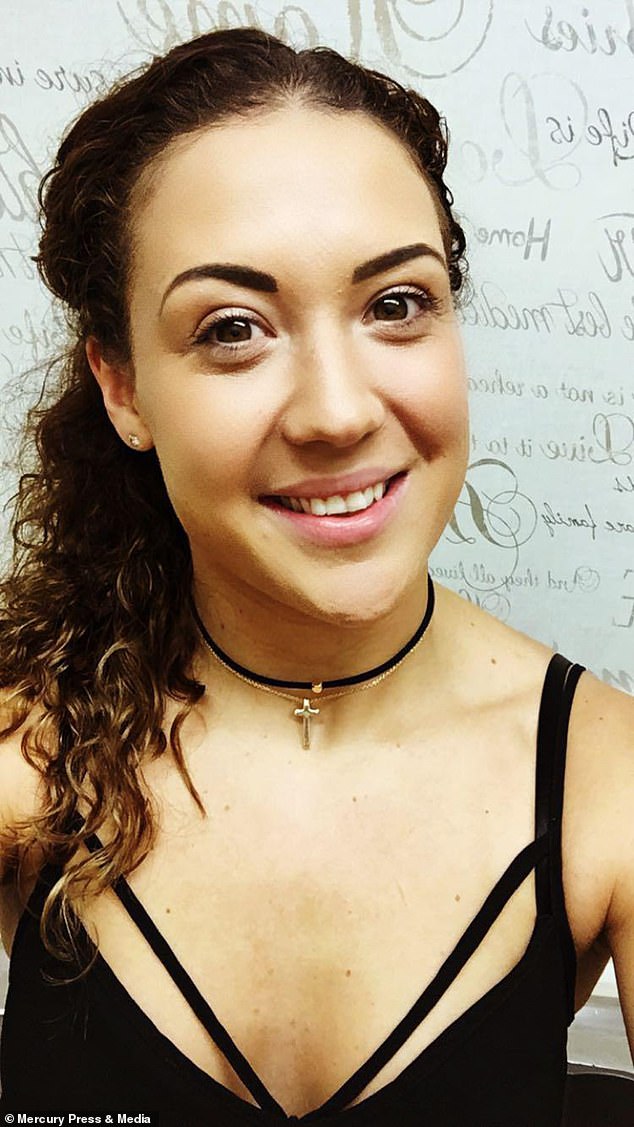 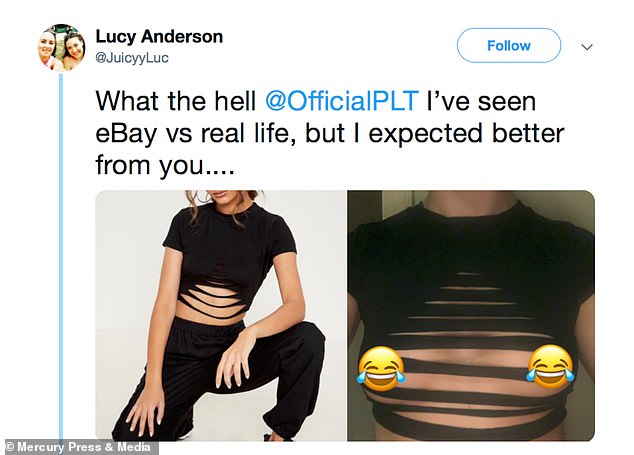 While both Lucy and her boyfriend saw the funny side, she admits that the situation was ‘annoying’ as she had planned to wear it with high-waisted trousers 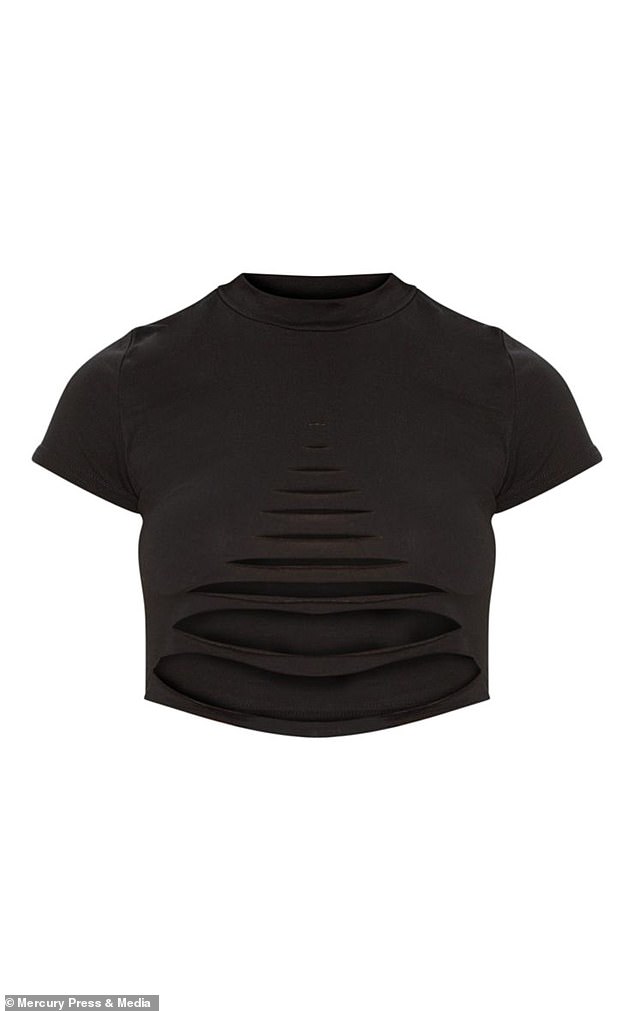 Lucy says that she believes that the products are mass-produced and are not to the same standard seen on the models. Pictured: The product shot online

Lucy said: ‘It made me think when the items are mass produced it’s not to the same standard as the one the model’s wearing.

‘I wasn’t massively annoyed about it. It wouldn’t put me off shopping there but I am planning to send it back.

‘I saw the funny side of it and sent the picture to my friends covering up my nipples with emojis.

‘My friends and boyfriend had a giggle about it.’

A spokeswoman for Pretty Little Thing said: ‘Should Lucy get in contact with our customer service team, which she hasn’t so far, we will process a refund, and it’s not something we’ll be restocking.’