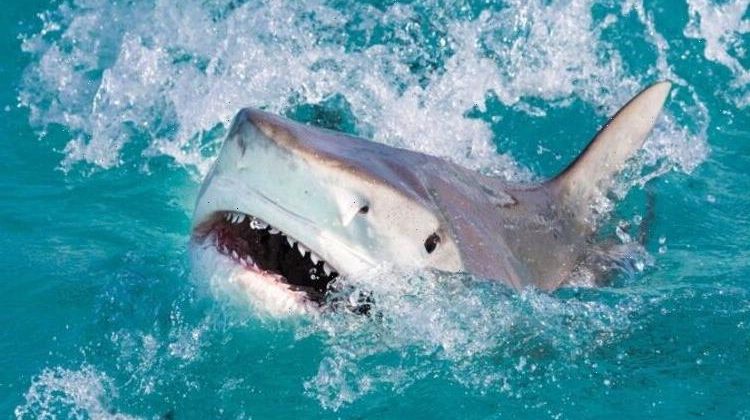 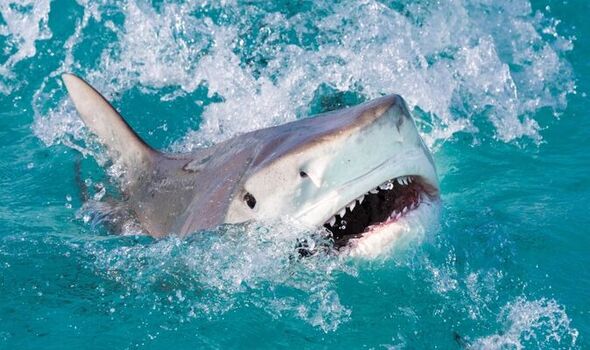 The desperate inhabitants of the tiny Colombian island have taken to the sea to hunt the violent shark.

Last week, Italian Antonio Straccialini, 56, was horrifically killed by the creature as he was swimming off the coast of the island of San Andres in the Caribbean Sea.

He suffered from severe blood loss from the mauling and went into a state of hypovolemic shock before dying.

The shark is still alive swimming in the sea where many locals swim.

Despite warnings from animal welfare groups and local authorities, some islanders have decided to hunt and kill the shark itself.

It is illegal to hunt tiger sharks as they are an endangered species.

But some islanders say they are willing to suffer the legal consequences, which include fines of up to $916,500 and between 48 and 108 months in prison.

Animal welfare groups have reported that despite the ban on hunting, many locals have been caught in the act of attempting to kill the shark.

One prominent animal welfare group denounced a video taken from the sea which shows a navy ship approaching a group of local hunters.

The navy is heard informing the group that the “waters in which the species they are trying to hunt is protected.”

In response, the locals screamed: “The shark is going to kill us.”

El Pais reports that the surge in hunting has already led to a nurse shark being brutally killed in the waters around the island, despite being a different species.

The shocking incident is the first recorded shark attack on the Caribbean island – typically known for its idyllic beaches and beautiful vistas.