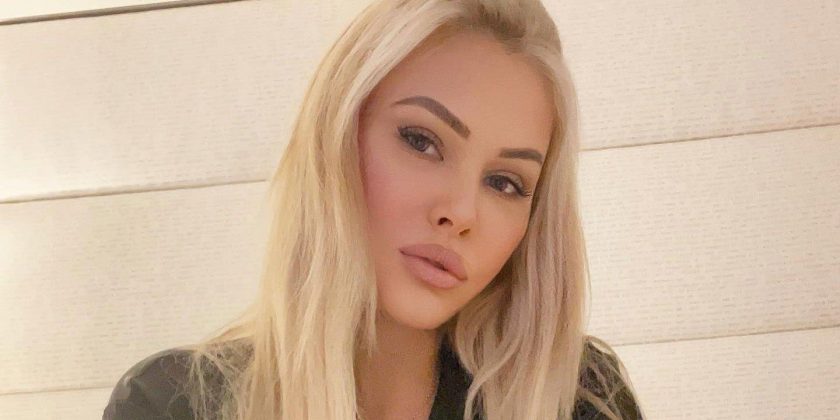 Going once, twice … sold. Shanna Moakler has officially sold her engagement ring from ex-husband Travis Barker to the highest bidder.

“Nobody expects a happy marriage to end … and nobody ever hopes to let go of sentimental and valuable things,” the Big Brother alum, 47, shares exclusively with Us Weekly about her decision to sell the ring, which was ultimately purchased on Tuesday, May 31, for $96,500 via Worthy.com.

“I wanted to thank worthy.com for making the most out of a beautiful time in my life. I hope the highest bidder truly loves the piece as much as I did,” the former pageant queen, who was married to the Blink-182 drummer, 46, from 2004 to 2008, adds. “It was a smooth and easy process … Looking forward to the future!“

Though Moakler auctioned off the ring on Friday, May 27 — just five days after Barker wed Kourtney Kardashian in Portofino, Italy — she insisted the timing was just coincidental.

“I’m sure people would assume that [it’s related to the wedding], but I simply wanted to find a proper seller and Worthy.com is the most professional and I know will give this piece the attention it deserves,” she told Us on Friday.

The Meet the Barkers alum, who shares 18-year-old son Landon and 16-year-old daughter Alabama with her ex-husband, was initially hoping that someone would purchase the ring at a price point somewhere in the $100,000 to $200,000 range.

While Barker has moved on with the Kardashians star, 43 — the two have held three wedding ceremonies since April — Moakler is focusing on herself and her children. (She is also mom to 23-year-old daughter Atiana De La Hoya, whom she shares with ex Oscar De La Hoya and whom Barker considers a stepdaughter.)

Moakler is “hoping” she and Matthew Rondeau, her on-off ex-boyfriend, will reconcile, she revealed to Us earlier this month — though she clarified that they are “not officially together” again after splitting in February following an altercation between the two that led to the 29-year-old model’s arrest.

“I know my family just wants to see me happy,” she said at the time. “I know they know both Matthew and I are doing the work to heal and be better people.”

As for Moakler and Barker’s relationship, “We’re coparenting really great right now,” she told Us in April. “We’re getting along. … I’m happy for that.”