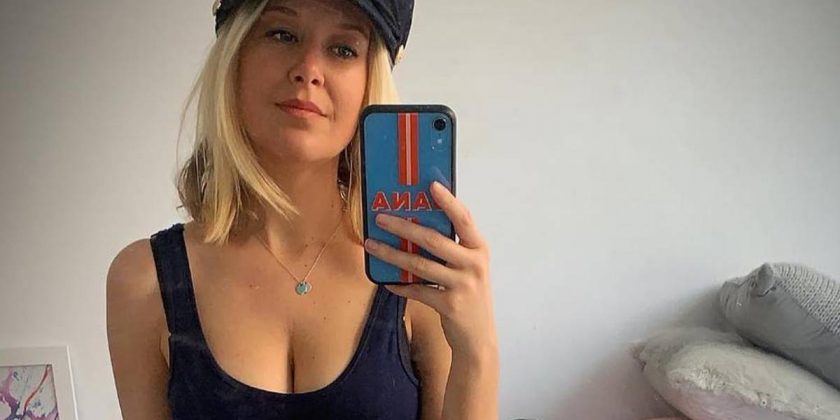 Public Service Announcement: Ain’t nobody safe from a wandering eye.

Yep, it’s true. Have a think about it – we all know someone in our friendship group who has either been cheated on, been the cheater or both. I definitely fall into both categories.

In my early 20s, I moved from my small town and went to live on campus at my university. I had a long-term boyfriend at the time, but all of a sudden the world was so exciting and fresh. There were shiny new faces everywhere.

I had lost my teenage puppy fat, discovered hair dye and had a new-found confidence. So when a handsome, well-built footy player made eyes at me at the bar, I thought, “Why the heck not!”

I compartmentalised it in my brain, decided that my boyfriend would never find out, so therefore was I really hurting anyone?

Though, I have to admit a small part of me worried that these new philandering ways were in my blood. You see my dad was a bit of a ladies’ man, and my childhood had more dramatics than a midday TV soap. So it’s safe to say that by my late teens I was fairly nonplussed about the whole monogamy thing.

So when two of my (married) teachers in high school were fired after they were caught sleeping together at a school camp, I couldn’t really work out why everyone was making such a fuss out of it.

It wasn’t until I was cheated on years later, that I realised that the consequences of a “bit of fun” were really quite horrible. I was crushed.

My self-esteem plummeted, and I took a good hard look at myself in the mirror. Yep, it’s all fun and games until someone finds out, and what I quickly discovered was, that it’s actually really hard to keep an affair a secret.

One unlocked phone can destroy an entire marriage. Perfume scent on a shirt can bring up a paranoia that’s debilitating, and a drunken kiss at a Christmas party can destroy a career.

So why do people do it? I decided to find out. I put a call out on Instagram asking for someone to have an honest chat with me on my Kinda Sorta Dating podcast about their philandering ways, and let’s just say, I hit the jackpot!

A guy who described himself as a “serial cheater” agreed to speak to me as long as it was anonymous. I agreed and on came the microphones.

He started by explaining that there is usually a back story as to why someone cheats. His first love cheated on him, and he claims since then he has lost all trust in relationships.

He even went so far as to claim: “Everyone does it.”

He said that all men know that what happens on a boys’ trip stays on a boys’ trip, and that his circle of friends live by the “postcode rule”. If they are outside their postcode, it is game on.

He believes it harks back to the caveman days, and that it’s in men’s nature to hunt. They love the thrill of the chase, and that excitement is quite addictive. He also described it in terms of a “pack mentality”. When guys get together, they have an extra spark of confidence. They thrive off each other’s egos and believe they can get any woman.

This is a dangerous combination for a boys’ trip. Anyone else feeling a little bit nervous about bidding adieu to their fella who is about to venture off on a blokes’ weekend?

Thankfully he did admit that there is some guilt associated with cheating. He said the worst thing he ever did was bring a girl back to his apartment when his live-in girlfriend was away. “It didn’t feel good, but it was just something I couldn’t control,” he said.

Excuses like, “I just had too much to drink,” tend to get thrown around a bit, but does that really stand up in the people’s court? I’ve been known to enjoy a looooong lunch or two, but it didn’t result in my ‘oopsy daisy’ falling on a bloke’s anatomy.

So how do we protect ourselves from the heartbreak of cheating? I believe the honest answer is, we can’t. Sure we can scroll through our partner’s phone, or sniff their clothing after a big night out, but who wants to live like that?

My advice is to stay wary but still attempt to live your life in the moment. I guess that’s all we can really do.