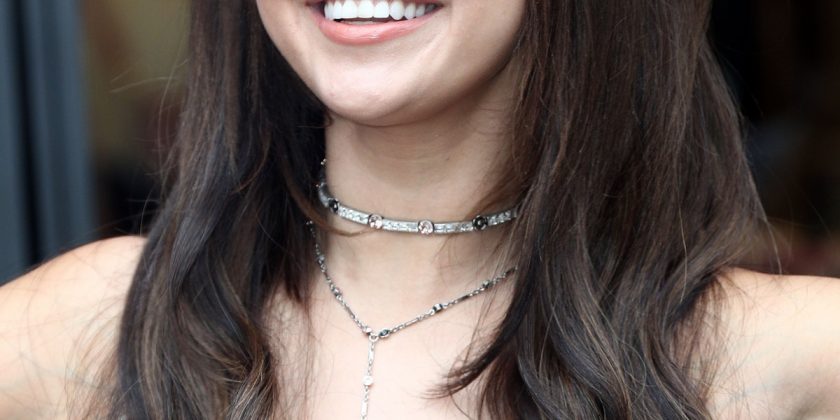 Welcome back, Selena Gomez! Kind of! My main girl has been enjoying a much-deserved respite from social media but just popped up in a new campaign video for her Puma collaboration on my newsfeed. While the video was shared on the athletic brand’s Instagram account and not the singer’s, it was still nice to see her face, anyway. Selena Gomez’s "Strong Girl" video for Puma works as an awesome piece of PR for her collection, SGxPUMA, but also as an impactful social media return for the "Bad Liar" singer. If she’s going to jump back on social media, why not do it with a positive, joyful message for all of her fans, right?

On Nov. 27 and 28, Gomez appeared in two separate posts with a handful of other women declaring words of encouragement. Together, they sang out phrases like, "risk-taker," "unshakable," "charmer," "change-maker," and "boss." However, the one word that was repeated over and over again was "strong." The SG in SGxPUMA stands for Selena Gomez and Strong Girl, which is what she’s calling her collection. Puma captioned the second video, "look out for your girls."

It’s this kind of "all for one" attitude Gomez shares with women and her followers that make fans love her so much. In this spirit, it makes total sense she’s invented a badass collection of kicks to help accompany her message.

Here’s a look at the two videos:

Look out for your girls.? Look out for the collection. Coming December 12. @selenagomez #SGxPUMA

Commenters are already declaring they "can’t wait to buy everything" and proclaiming how much they love and miss Gomez.

Gomez’s departure from Instagram wasn’t filled with that much pomp and circumstance, but her fans have felt her absence nonetheless. On Sept. 23, just over two months prior to her Puma videos, Gomez posted a selfie showing a beaming smile. Below her smile was the caption:

Mood lol (I was looking at myself in the mirror -like an idiot!) Update: taking a social media break. Again. As much as I am grateful for the voice that social media gives each of us, I am equally grateful to be able to step back and live my life present to the moment I have been given. Kindness and encouragement only for a bit! Just remember- negative comments can hurt anybody’s feelings. Obvi.

Gomez did show up in one or two Puma pics over on their account, but otherwise, she’s remained out of the spotlight. As Gomez noted, it’s not the first time she’s stepped away from the public eye. Back in March 2018, she took some time off in the aftermath of her rekindling with Justin Bieber cooling down. Prior to that, in summer 2017, Gomez took a break from social media as she recovered from her kidney transplant, too.

Hopefully, she’ll back again (on her own feed) soon.

In the meantime, fans are surviving on the #relatablecontent still up on her Instagram account, like when she got matching tattoos with her friends and shared a goofball behind-the-scenes video while she recorded new music.

Frankly, I don’t know what this girl could do that wouldn’t have her fans cheering, "You go, girl!"