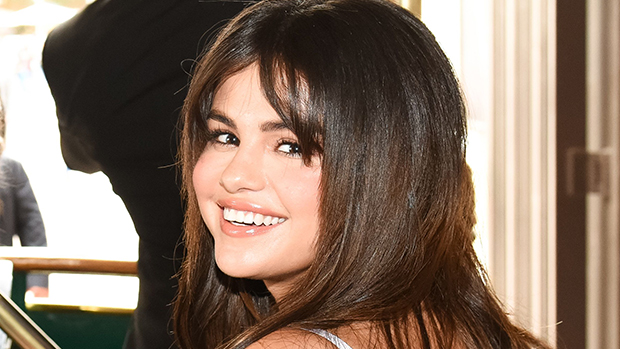 This is great news! Fans of Selena Gomez will be happy to hear that the singer is feeling ‘happier’ after her hospitalization, & is doing ‘much better’ all around.

This is what we want to hear! Selena Gomez, 26, is doing extremely well following her hospitalization, HollywoodLife has learned. “Selena is feeling well again, and doing much better, after her health scare,” a source close to the singer EXCLUSIVELY shares. “However, her body continues to be fragile and she fears she will always worry about one of her many health issues. But, for this brief moment, she is feeling much stronger, healthier and happier,” the source added. Cheers to that, Selenators!

Following the Oct. 10 news that Selena had been hospitalized, she has been laying low, and her devoted fans have been wondering when they will get to see more of her. “She has been slowly getting back to her many creative projects and is slowly putting her life back together after what became a real wake up call. Selena has learned that she must put her health first and above everything else,” the source also shared. HollywoodLife reached out to Selena’s rep for comment.

As we previously reported, Selena had been hospitalized at the end of September for a dangerously low white blood cell count, in connection to her 2017 kidney transplant. She was released, but had to be readmitted to the hospital shortly after when her health didn’t improve. During that stay, the singer allegedly wanted to leave and when doctors didn’t let her, she experienced an “emotional breakdown.” Following the incident, Selena reportedly spent time in an East Coast psychiatric facility.

Perhaps, we should have seen signs of trouble surrounding the singer all along. Back on Sept. 23, Selena, herself, announced that she was taking a break from social media. “Just remember- negative comments can hurt anybody’s feelings. Obvi,” she said during the announcement. The brunette beauty has opened up about her on-again, off-again struggles with depression in the past and spent some time in rehab for it back in 2014. For now, it’s great to hear that Selena is doing better, and is well on her way to recovery! We’re sending nothing but positive vibes her way.