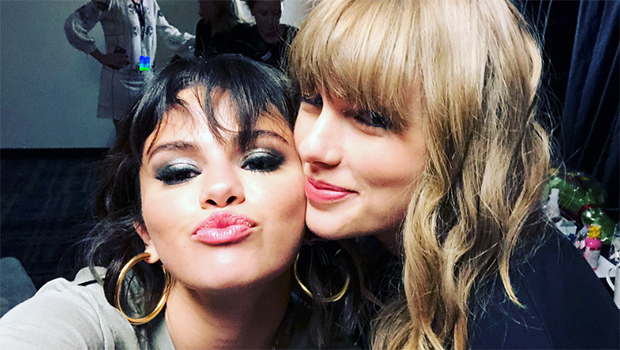 Don’t mistake Selena Gomez’s silence on social media as a sign that she ignored Taylor Swift’s birthday. The ‘Wolves’ singer did something more sentimental than an IG shout-out, HL has EXCLUSIVELY learned!

Taylor Swift’s birthday is coming to a close, and there’s still no word about it on Selena Gomez’s socials! This year, the 26-year-old singer, who’s been on a social media break since Sept. 23, sent her BFF behind-the-scenes love. “Selena did not ignore Taylor on her birthday, nope,” a source close to Selena EXCLUSIVELY tells HollywoodLife, even though “she skipped sending Taylor a social media message.” Instead, our source reveals that the “Back To You” singer “surprised her privately with a personal gift.” But the birthday surprises didn’t end there.

“Selena also reached out to Taylor on her birthday with a sweet call to remind her friend of how much she loves her and how much Taylor means to her,” our source reveals. Really, Selena was returning the favor, since Taylor baked a “GOMEZ OR GO HOME” cake for Selena’s 26th birthday in June this year. We don’t expect anything less from this pop star duo, who have been friends for roughly 12 years — they even once had matching JoBro boyfriends in 2008, when Selena dated Nick Jonas, 26, and Taylor was linked to Joe Jonas, 29! A slew of other big stars joined Selena to send love to Tay, who turned 29 on Thursday. But they were much more public about the occasion!

Gigi Hadid showered the “Delicate” singer with not one, but three Instagram shout-outs. “Cheers to many more years of time spent stargazing, cooking, and celebrating epic friendship (which is why we forgot to take pics this year ? lol) and all the adventure, love, and light you deserve,” one of the model’s posts read, and she added, “Thank you for being you, you are a blessing and inspiration to me and so many!” Victoria’s Secret really loves Tay, as angels Lily Alridge and Martha Hunt joined the conversation with their respective birthday posts.

Even though it was the pop star’s special day, she ended up surprising us with the best present we could ask for. Her Reputation Stadium Tour, which just finished on Nov. 21, is now coming to Netflix as a movie on Dec. 31! “Today I finally get to show you something we’ve been working on for a while… the trailer for the Reputation Stadium Tour!” she wrote in an Instagram post on her birthday, underneath a trailer for the Netflix film. “The entire concert film will premiere on @netflix at 12:01AM PST December 31. You made this tour so insanely fun for all of us on stage, and I’m really excited that we will have this memento of the memories we all made together this year.”