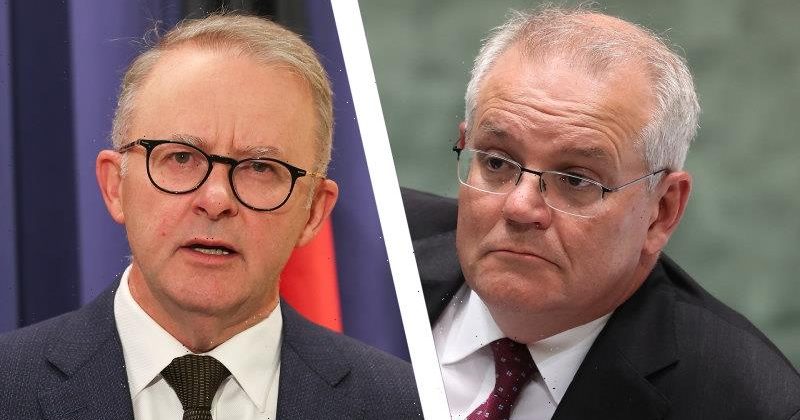 Prime Minister Scott Morrison has admitted he needs more “focus” in the looming federal election campaign but has assured government MPs he can lead them to victory if they showed more discipline after the events of last week.

“You haven’t seen me as focused as I can be, yet, and you will see it,” Mr Morrison told Liberal and Nationals colleagues on Tuesday in one of their last meetings in Canberra before the campaign. 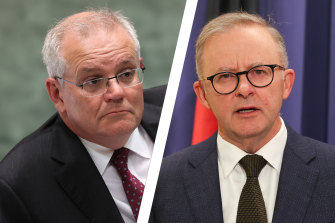 Prime Minister Scott Morrison and Opposition Leader Anthony Albanese have told their MPs to get ready for the coming campaign.Credit:Alex Ellinghausen

But Labor leader Anthony Albanese took aim at Mr Morrison in a caucus meeting on Tuesday by telling colleagues they had demonstrated “Labor at its best” last week by holding a united stance against Mr Morrison’s original bill on religious freedom.

Mr Albanese labelled the government “incompetent” and described Labor as “competitive” in the election contest, a phrase he also used last week when noting public opinion polls that suggested the party would in an election.

The contrasting messages highlight the sense of confidence in the Labor ranks and the open admission of division inside the Coalition in the last week of Parliament before the March 29 budget and the formal campaign soon afterwards.

In an immediate clash on policy, the government intends to launch debate on Wednesday on stronger immigration laws to deport criminals but the Labor caucus heard criticism of the plan and authorised Mr Albanese and senior shadow ministers to demand amendments and decide the opposition’s stance in the final vote.

Liberals said Mr Morrison made a pointed remark about not wanting to discuss the events of last week in Parliament, when five Liberals crossed the floor to extend protections to transgender students.

“To win this election we will require the most discipline, focus and professionalism from each of us in all of our roles that we can summon,” Mr Morrison said, according to a Coalition spokesman.

Health Minister Greg Hunt also urged the government MPs to back their leader, saying critics had written off the Coalition before the elections in 2001, 2004 and 2019.

Naming the immigration laws as a key policy, Mr Morrison said the issue was a way to bring a “sharp contrast” with Labor ahead of the election.

Mr Morrison said he needed MPs to prosecute “every single inch of our agenda” in their electorates through channels such as Rotary clubs, church groups and advocacy groups.

“You do your job and I’ll do mine,” he said, in remarks relayed by the Coalition spokesman.

“This election is not a referendum, it’s a choice, and we need to bring the starkness of that choice in front of the Australian people in order for us to be successful. I know how to do that and I know that’s how you win elections.”

“I know what the path is and I’ll be following it. And once again I’m asking you to follow me in going down that path and staying focused on that and only that.”

Later, Mr Morrison addressed the meeting again and told MPs they would need to be focused and professional and to support candidates already in the field but not yet in Parliament.

Mr Albanese rejected the government’s claims for its criminal deportation law, saying the immigration minister already had a clear power to cancel visas, but he devoted a large share of his speech to the outcome last week on religious freedom.

The Labor leader repeated his pledge to enact a religious discrimination law in government if Labor won the election and said a key part of this would be the provision to ban the vilification of people on the grounds of their faith, something Labor moved as an amendment last week.

“Last week was our party at its best,” he said.

“If we had done what the Greens wanted we would have failed to protect people.”

Mr Albanese referred to the Greens’ position on climate change in 2009, when it voted against the Labor government’s emissions trading scheme, to tell the caucus that Labor had been right to try to amend Mr Morrison’s draft law rather than trying to reject it in total.

With the government accusing Labor of being weak on China, Mr Albanese urged colleagues to hold firm and argued that every government scare campaign had “blown up in its face” and the same had happened with the latest warning from security chiefs about the recruitment of political candidates.

ASIO director-general Mike Burgess warned last week of a foreign interference plot to bankroll political candidates but did not name the country, the party or the candidates.

The Sydney Morning Herald and The Age later reported the attempt focused on potential candidates in NSW Labor, with Victorian Labor senator Kimberley Kitching naming the alleged “puppeteer” behind the scheme

Mr Albanese, who spoke to Mr Burgess on Friday, told his caucus the ASIO chief had no concerns about any Labor candidates for the coming election and that Mr Burgess had endorsed a public remark by Mr Albanese to this effect.

A caucus spokesman said Mr Albanese told the meeting that in the years since Labor created ASIO – a move by the Chifley government in 1949 – he was not sure of any previous case where a director-general of security had endorsed so clearly a statement by an opposition leader.

“These campaigns also show the government is not governing,” Mr Albanese told the meeting.