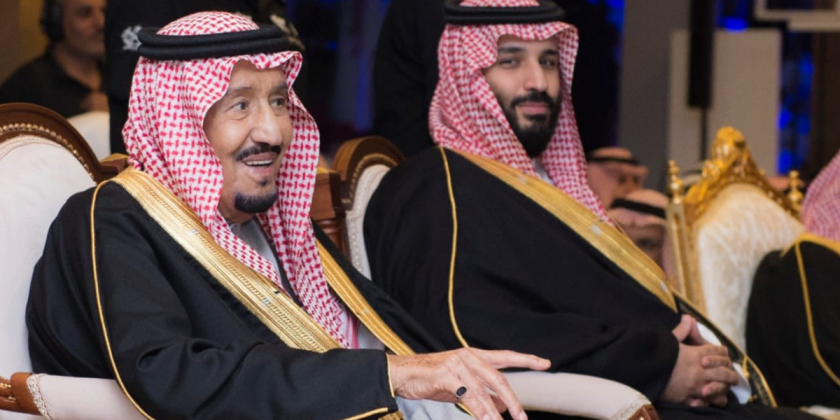 DUBAI, United Arab Emirates — Saudi Arabia’s top prosecutor is recommending the death penalty for five suspects charged with ordering and carrying out the killing of Saudi writer Jamal Khashoggi. Saudi Al-Mojeb told journalists in a rare press conference in Riyadh on Thursday that Khashoggi’s killers had set in motion plans for the killing on Sept. 29, three days before he was killed inside the kingdom’s consulate in Istanbul.

The prosecutor said the highest-level official behind the killing was Saudi former deputy intelligence chief Ahmad al-Assiri, who has been fired for ordering Khashoggi’s forced return.

The prosecutor said 21 people were in custody, with 11 indicted and referred to trial.

Turkey has blamed the highest ranks of power in Saudi Arabia for Khashoggi’s brutal death, saying the kingdom sent an assassination squad for him.

Some in the U.S. intelligence community, and some senior U.S. lawmakers, have said they believe it is not credible to suggest a Saudi operative would have undertaken such a dramatic operation without approval from a top royal family member.

Al-Assiri was known to be a close associate of Saudi Crown Prince Mohammed bin Salman, who is widely suspected of having some role in the killing.

The New York Times first reported on Oct. 19 that al-Assiri could end up getting the blame for the alleged killing. CBS News was able to confirm that Saudi officials were considering blaming al-Assiri for the murder.

According to the Saudi prosecutor, when Khashoggi arrived at the kingdom’s consulate in Istanbul on Oct. 2, a fight broke out, and he was roughed up and injected with a high dose of anesthetic which led to his demise. His body was then dismembered and moved outside the consulate building by five of the people in the team sent by al-Assiri.

The team then handed the body over to a local “collaborator” for disposal, the prosecutor said. Turkey has pressed Saudi officials to explain who this local person was, and where the journalist’s body is now. Turkish media have said his body was likely dissolved in acid, prompting his widow to ask if his killers were even “human beings.”

I’m unable to express my sorrow to learn about dissolving your body Jamal! They killed you and chopped up your body, depriving me and your family of conducting your funeral prayer and burying you in Madinah as wished.
Are these killers and those behind it human beings?
Oh my God! pic.twitter.com/U5OKS5DkVb

The prosecutor’s statement on Thursday saw the Saudi government again alter it’s explanation of Khashoggi’s death. Previously officials had said he died as a result of asphyxiation during a “fight” in the consulate. The mention of a drug being administered was new on Thursday.