‘Impeachment: American Crime Story’ set shut down due to COVID-19

On Wednesday, the 46-year-old actress was spotted filming the upcoming season of Ryan Murphy’s hit FX series in Oxnard, California, with her colorful new hair on full display.

“Cause of death: pink haired sarah paulson,” a third joked.

Paulson teased her look for the new season in an interview with Entertainment Weekly in February.

“The character I’m playing this year on ‘Horror Story’ has some issues, let’s just put it that way,” she said. “I have a hair color I’ve never had in life nor in the show. That’s what I can tell you. And I have a great name. I have a great name, which I can’t tell you.”

Alas, Paulson’s pretty pink strands aren’t permanent; speaking to her roles in both “AHS” and “Impeachment: American Crime Story” — the latter of which is based on the 1998 Clinton-Lewinsky sex scandal — the actress divulged that both involved wigs. 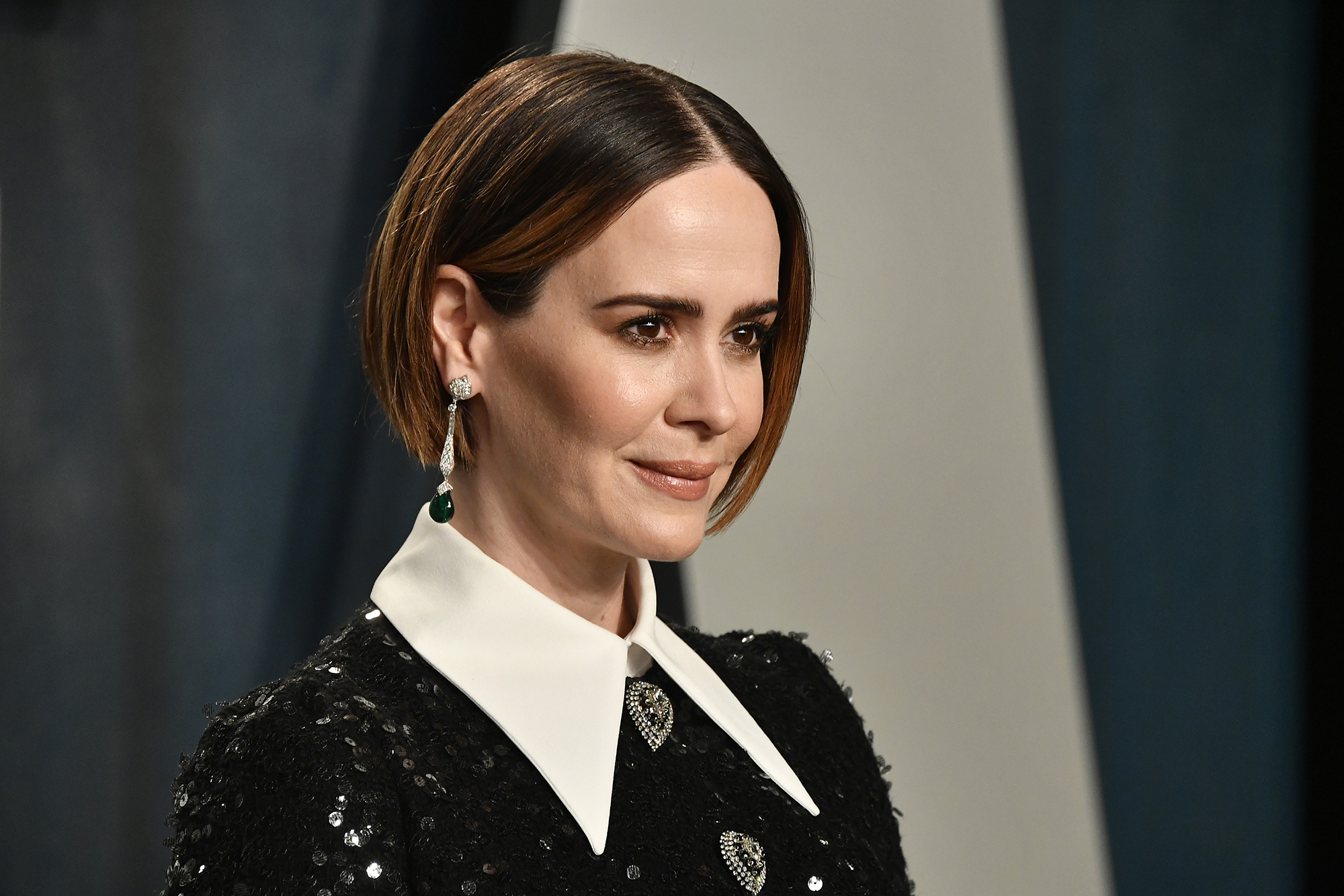 “One of them I prefer over the other because one is just cooler and the other one makes me look like Linda Tripp,” she quipped. “That’s the thing. It’s just a different experience.”

While no concrete plot has been announced for “American Horror Story: Double Feature,” a teaser promises “Two horrifying stories … one season. One by the sea … One by the sand.”

New to the cast for Season 10 are Macauley Culkin and model Kaia Gerber.