The “Sex and the City” star attended the premiere of her new play “Plaza Suite” — which she co-stars in with husband Matthew Broderick — looking every inch the Bridgerton muse in a pink Atelier Prabal Gurung gown with major Regency vibes.

The empire-waist gown, covered in a sheer silk tulle overlay embroidered with crystals, sequins and beads, was created especially for Parker by her close friend Gurung.

The designer told Vogue he and his team worked until the absolute last second to hand-sew the embellishments on the floaty dress before Parker departed for Broadway’s Hudson Theatre. 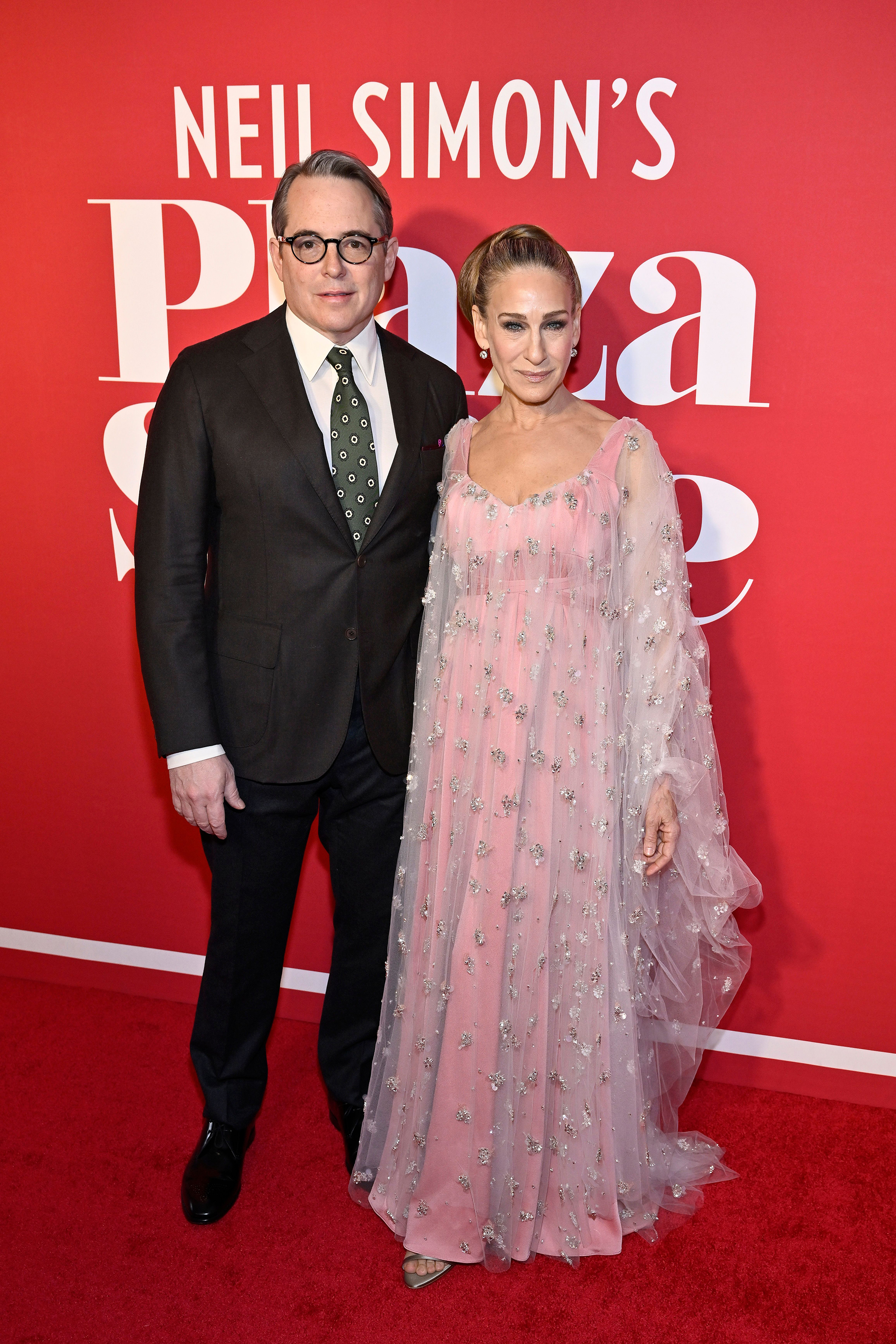 Of the “New York pink” gown, Gurung told Vogue, “it’s not a bright pink, it’s almost like it has a light film of dust on it.”

“To me, nobody epitomizes New York like Sarah Jessica, in every possible way, so it was a great honor,” the designer, who called his creation “a dream in motion,” said on his Instagram account. 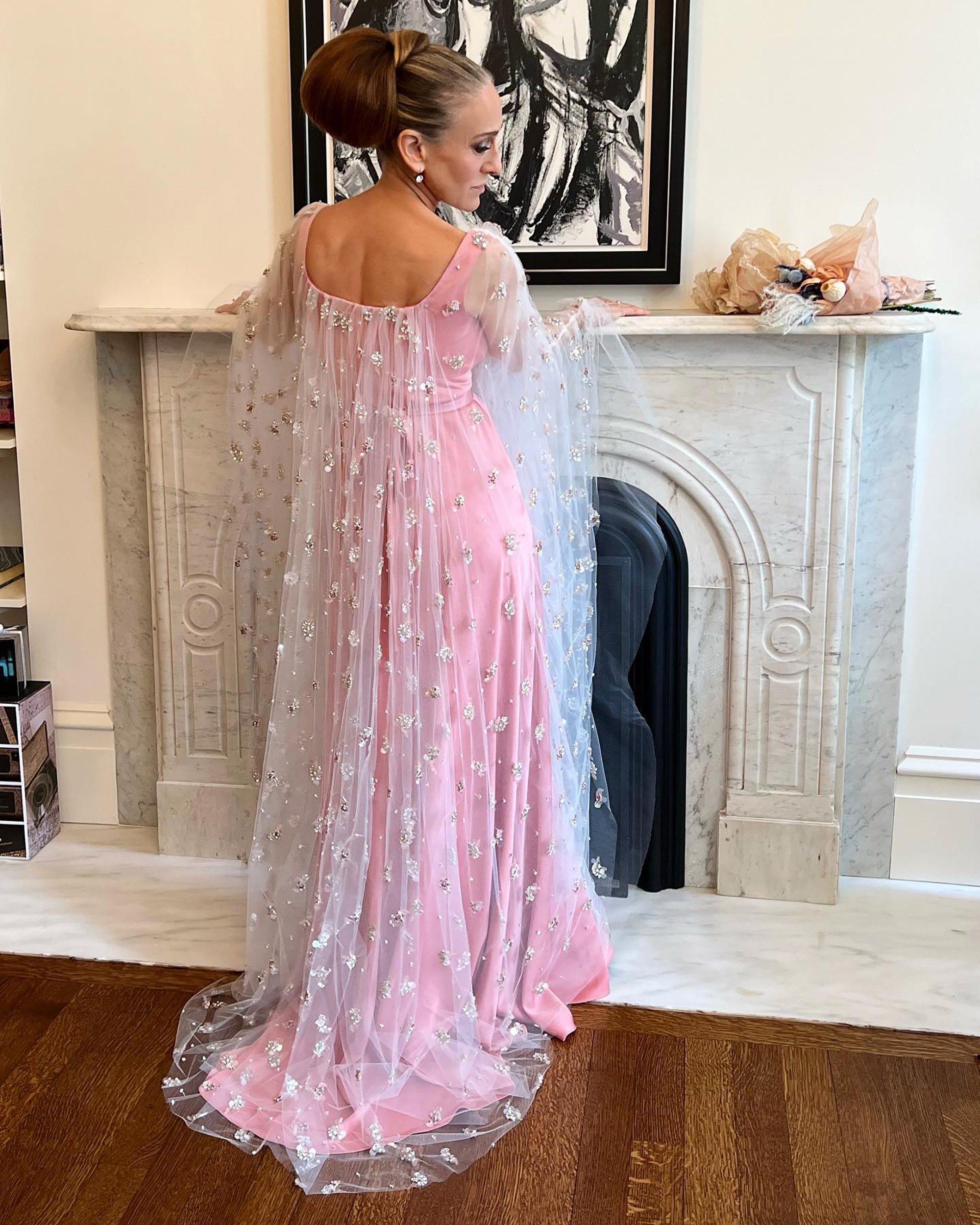 Adding, the experience made him “very emotional,” Gurung said he was “so grateful that our work can be a source of joy and optimism for someone. I can’t tell you how blessed I feel to be able to create something beautiful for a dear friend of mine.”

The actress complemented her retro look with a 1960s style updo created by Serge Normant, adding sparkling diamond drop earrings to go with her glittering dress.

Before stepping out at the premiere, the “And Just Like That” actress showed off the back of her stunning gown, posting “Just wait until you see the front. No words right now. I’m sure they’ll come later. See you in Suite 719. X, SJ.” 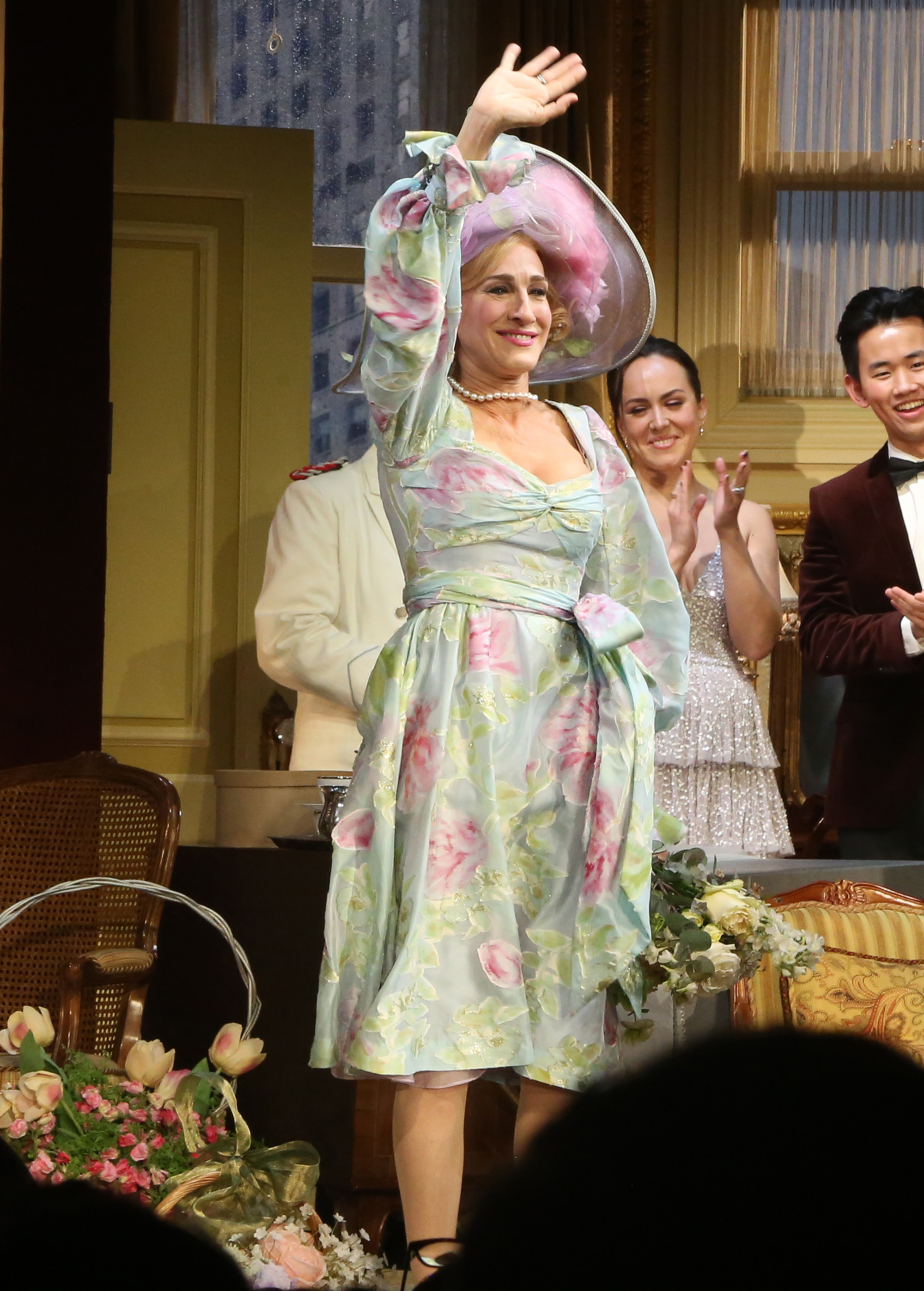 The play, which was postponed two years due to the pandemic, features Parker, 57, and Broderick, 60, as three different 1960s couples at the Plaza Hotel.

The past week has been an exciting one for Parker: her “Sex and the City” reboot “And Just Like That” was just renewed for a second season after its controversial debut this year.

Something tells us Carrie Bradshaw would approve of her “Suite” pink ensemble. 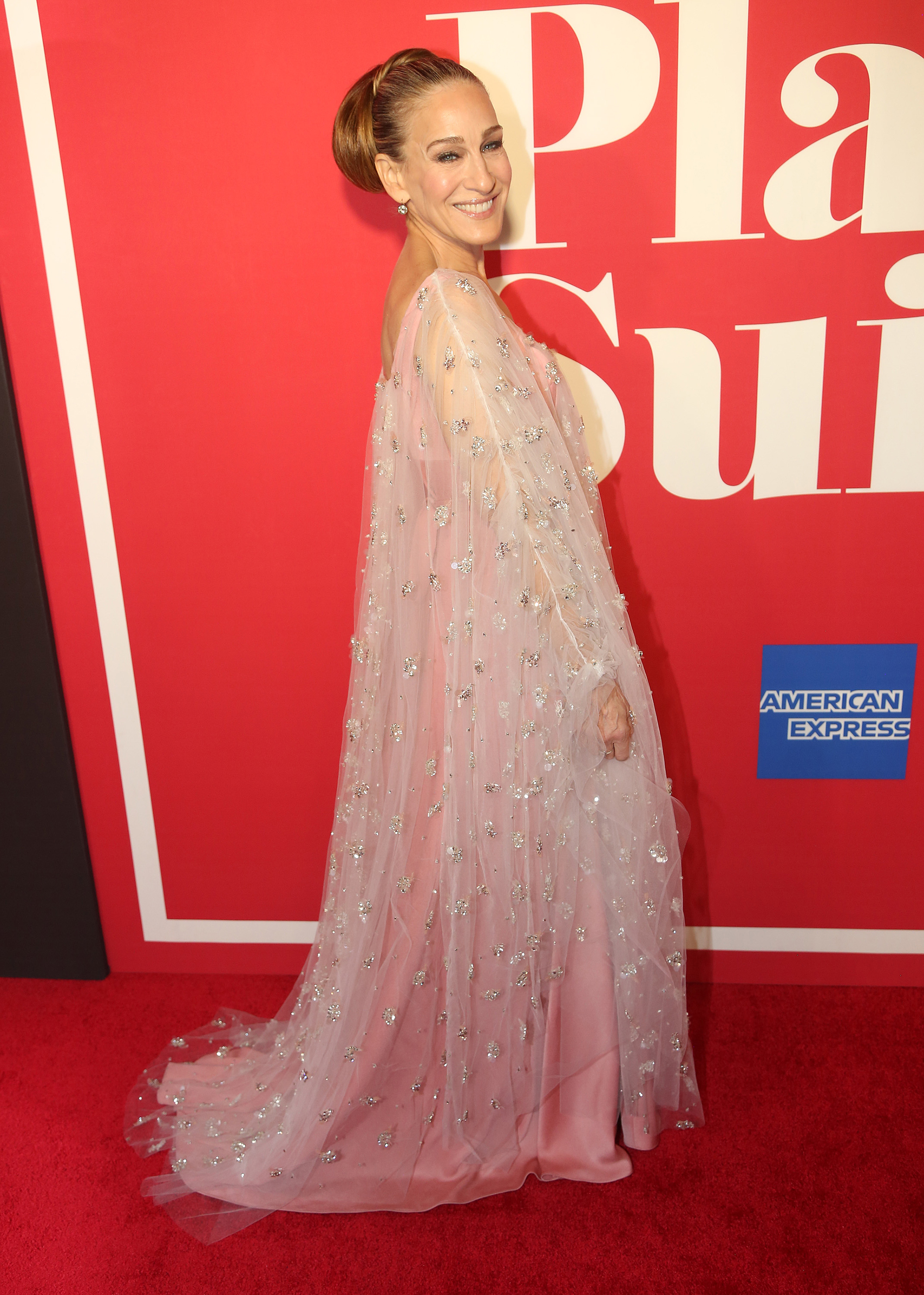