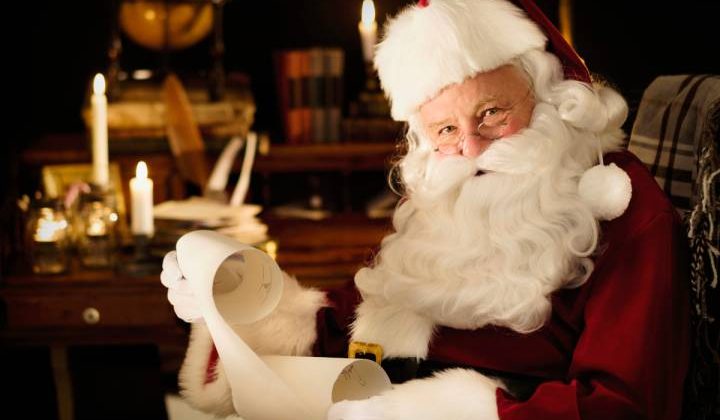 If you love a parade, there will be plenty of opportunities to watch one over the next few weeks.

There will be a total of 10 Santa Claus parades throughout Waterloo Region between now and Christmas.

The dates and times almost make it possible to attend every one as they run day and night on varying days over the course of four weekends.

The only day that might throw a monkey wrench into going 10 for 10 would be Dec. 1, as there are three parades starting over a four-hour stretch.

What follows is a list of parades throughout the Waterloo region:

The parade kicks off at 10:30 a.m. on Nov. 17 at Frederick and Weber streets, heading north on Weber Street until it comes to an end at Erb Street.

What are potentially the two biggest parades of the season will occur on Day 1.

The Cambridge Santa Claus Parade runs along Hespeler Road making its way north from Dunbar Road at 6 p.m. on Nov. 17 before coming to an end at Langs Drive.

On Nov. 28 at 1 p.m., the parade will begin to travel down Northumberland Street at Inglis Street. It will turn left onto Stanley Street before finishing at the Ayr Public Library.

Parade begins Dec. 1 at noon. Route to be confirmed.

The parade begins at 1:30 p.m. on Dec. 1. It will travel up Snyder’s Road East from Sandhills Road to Mill Street.

The parade begins Dec. 2 at 6 p.m. Route to be confirmed.

The parade gets underway at 6:45 p.m. on Dec. 7 at Wellesley Public School. From there, it will travel along Queen’s Bush Road before making a left onto Nafziger Road. From there it will make a left onto Maple Leaf Street, before coming to an end at the Wellesley Comunity Centre.