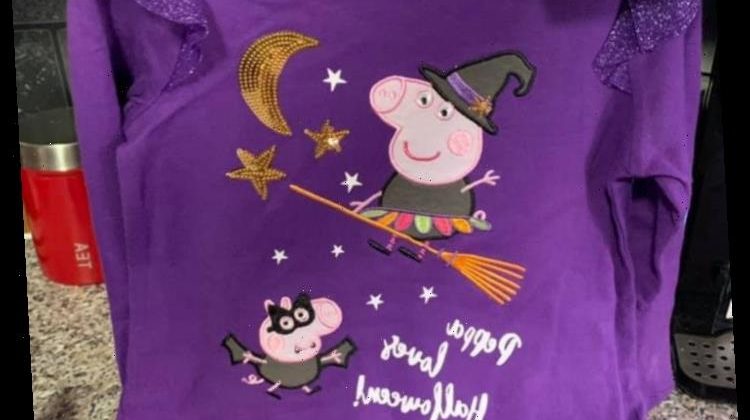 The top, which has been designed for kids, is long sleeved, purple and features Peppa Pig dressed as a witch, sitting on a broom and flying through the sky. 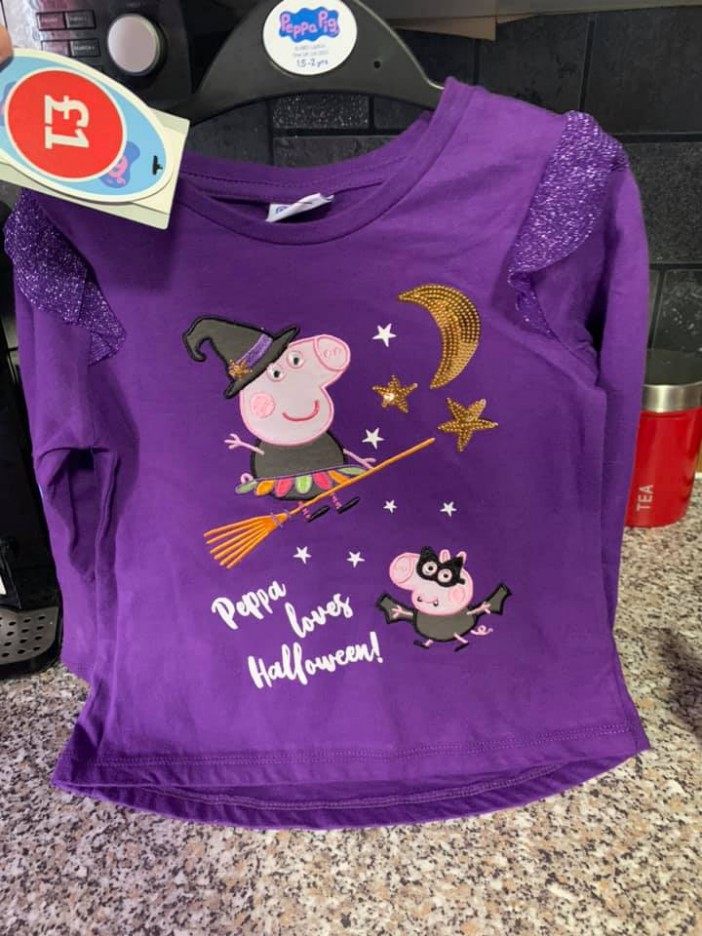 Her little brother George is seen also dressed up in a Halloween costume and there’s the words “Peppa loves Halloween!” printed on to it.

One mum who snapped up the bargain posted about it in the Extreme Couponing and Home Bargains Facebook group.

Dozens of mums said they were going to buy the top too as they were impressed with the great deal.

Speaking to her friend, one said: “If you can please can you look today?”

Another, who tagged her friend under the post, said: “If you see this! Grace would love it!”

The top was on sale on Sainsbury’s website for 50p, but it has since sold out.

We have contacted Sainsbury's to see if this offer is across all of its stores or just selected branches.

Sainsburys has more than 1,400 branches across the UK – with around 600 being supermarkets that have the TU range in store.

To find your nearest Sainsbury’s, use the store locator tool.

Matalan had a similar Halloween top on sale for £6, then reduced to £3, but it’s currently out of stock.

It’s not the only deal that Sainsbury’s has on at the moment.

The supermarket is bringing back its free collectable Lego cards for shoppers.

Meanwhile, Morrisons Christmas range has been revealed – and it includes a sticky toffee dessert bowl and star-shaped doughnuts.

And we reveal the best and worst supermarket loyalty schemes that are out there.