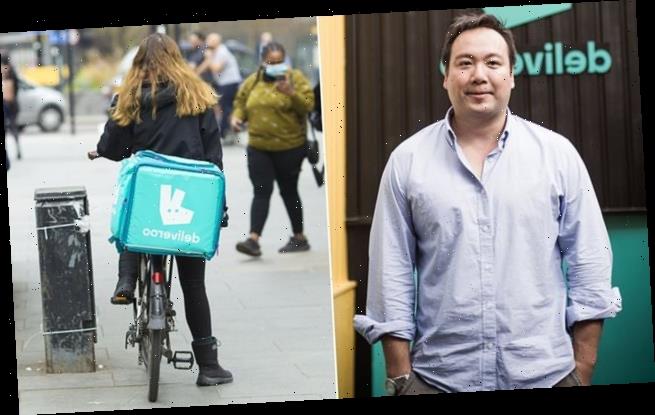 RUTH SUNDERLAND: Appetising? This Deliveroo float on the stock market was more of a big fat Flopperoo

Deliveroo’s float on the London stock market was one of the City’s most eagerly-awaited events. Investors had hoped shares would soar – but instead watched them plunge by a stomach-churning 30 per cent when trading began.

They recovered a little, but the firm’s stock market debut was, in truth, nothing more than a big fat Flopperoo.

It is certainly an expensive disappointment for founder Will Shu, whose holding is worth far less than he had been expecting – though, admittedly, it is still stupendous. 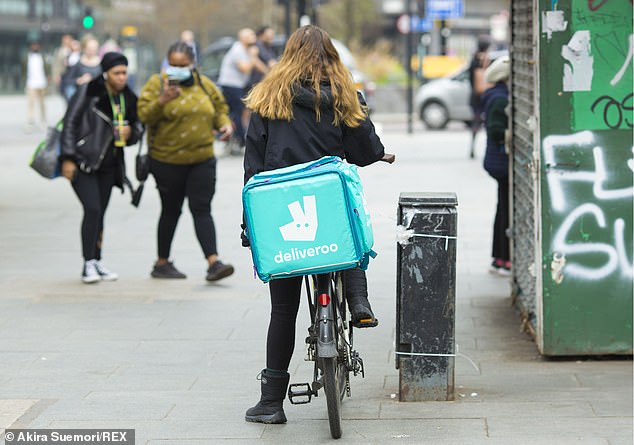 Business cycle: A rider for Deliveroo

It is also a let-down for the Square Mile, which is hoping to reinvent itself, post-Brexit, as a honeypot for tech companies whose shares have soared during lockdown – to the point some fear a bubble about to burst. Deliveroo has its own problems. But its dreadful first day was a wake-up call for investors about the dangers of tech stocks.

It is possible Deliveroo will still come good. Ocado’s share float a decade ago was disappointing, but it went on to a stellar performance. But in the indiscriminate enthusiasm for tech it is often forgotten that, while a few companies will become titans, most won’t.

And, worryingly, many British savers are exposed to these volatile shares through their pensions and via popular technology investment trusts. Warning lights have been flashing for weeks about Deliveroo.

A list of the City’s top investors, including Aviva, Aberdeen Standard, Legal & General and M&G, gave the float the cold shoulder. So too did Britain’s most important technology backer, James Anderson, who runs the Scottish Mortgage investment fund.

One concern is workers’ rights. The fund managers who boycotted the float are worried the company might be vulnerable to lawsuits on behalf of gig-economy delivery riders. Eyebrows were also raised in the City about the enormous power Mr Shu exerts over the company, as he has a stranglehold on voting rights – which the Square Mile dislikes as it makes it difficult to oust the founder if he performs badly. The company is a loss-maker and there are worries that, once life returns to normal, people will lose the appetite for takeaway food. 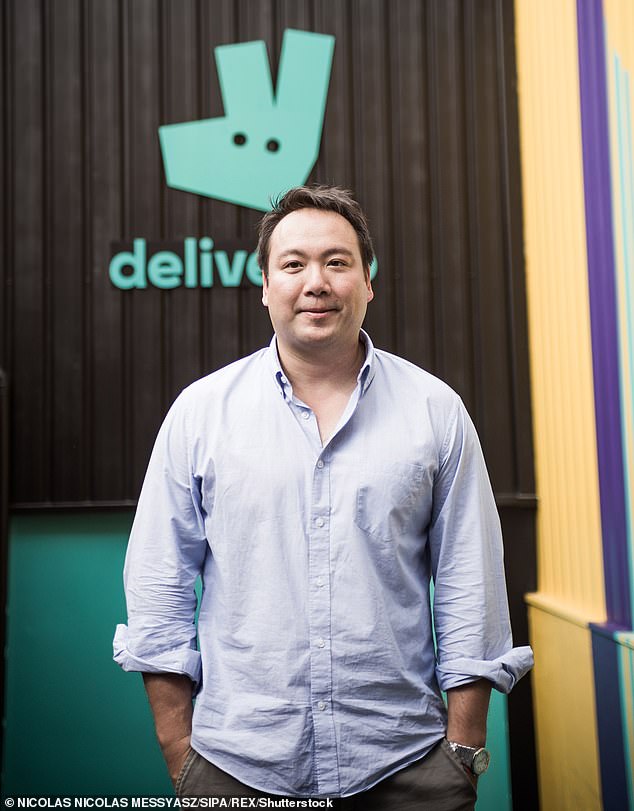 Eyebrows were also raised in the City about the enormous power Mr Shu exerts over the company, as he has a stranglehold on voting rights. CEO of Deliveroo William Shu pictured above

Beyond the cavils specific to Deliveroo, there is a wider malaise. The pandemic has changed our behaviour and prompted a craze for tech and media shares. The question is whether this is sustainable as life resumes.

Rock-bottom interest rates have also played a role in the tech mania. Confronted with pitiful sums on deposits, investors have been prepared to take on more and more risk in the hope of making a decent return.

Deliveroo is not the only episode to have jangled nerves in the City over tech and media shares this week. Worries about these stocks were also behind the spectacular blow-up of hedge fund Archegos on Wall Street. The Deliveroo debacle is a warning: Tech stocks look over-heated, and for share investors, there is rarely a free lunch.

It had been hailed as a ‘true British tech success story’ – with even Chancellor Rishi Sunak singing its praises.

So when Deliveroo announced it was set to make its debut on the stock market, supporters expected to take away a tidy profit.

Yesterday, however, the online food company failed to deliver – after its shares crashed by 30 per cent minutes after trading began following a row over workers’ rights.

Small investors who bet on the firm were left nursing immediate losses, and founder Will Shu’s stake shrunk in value from £449million to about £330million. Other executives with shares include Thea Rogers, girlfriend of ex-chancellor George Osborne.

Mr Sunak denied he felt embarrassed by his enthusiastic endorsement of the ‘true British tech success story’, telling ITV’s Peston: ‘Gosh, no… share prices go up, share prices go down.’ But it raises more questions over the company, which is yet to make a profit despite a huge boost in sales during the pandemic.

The much-hyped stock market listing had been hailed as London’s biggest for a decade, with bankers valuing the firm at £7.6billion.

Shortly after trading began, however, the shares tumbled by as much as 30 per cent – slashing more than £2billion from its value. They later recovered but still closed 27 per cent down, putting the firm’s value at about £5.5billion.

Deliveroo – which was founded in 2013 and lets customers order food and groceries through its app – had already had to slash the initial price of its shares from as much as £4.60 to £3.90, as its listing was overshadowed by the workers’ rights row.

Delivery riders are ‘self-employed’, so they do not get minimum wage, holiday pay or sick leave. One report claimed some earn as little as £2 an hour. This prompted Legal & General, Aviva and other top investors to snub the firm’s listing, with fund managers claiming its business model was not ‘sustainable’. They fear it could be overturned by new laws or a costly legal challenge. Deliveroo insists it has successfully defended its practices in court already. Many investors still have doubts about whether it can forge a path to profitability amid tough competition from rivals such as Just Eat.

Lee Wild of Interactive Investor called the float ‘disastrous’. Russ Mould of trading platform AJ Bell said: ‘It had better get used to the nickname Flopperoo.’ Mr Shu, 41, said before the start of trading that he was ‘very proud that Deliveroo is going public in London – our home’.