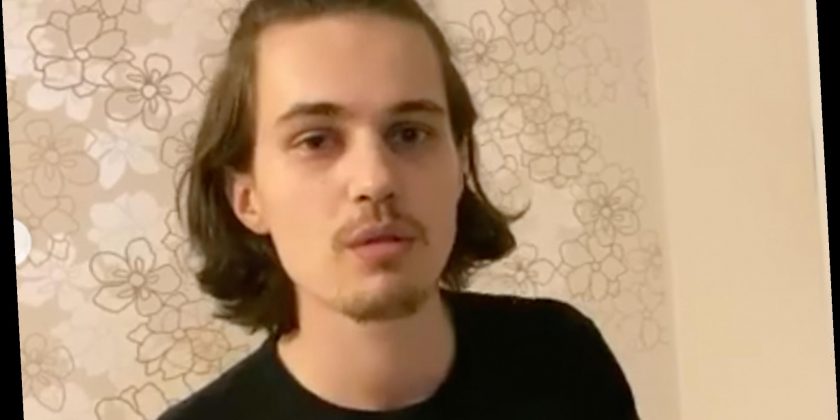 MOSCOW — A popular stand-up comedian has temporarily left Russia for security reasons after police opened an investigation into one of his performances in which he cracked crude jokes about Jesus and the Orthodox Church, his lawyer said Thursday.

Comedian Alexander Dolgopolov this week posted a picture of an Interior Ministry notice sent to St. Petersburg’s HopHead Tap Room, where he performed last February, that asked the establishment to provide information about him.

In that performance, which has garnered nearly 2.8 million views on YouTube in nine months, Dolgopolov made off-color jokes about the Virgin Mary and Jesus and ridiculed his own faith as a child.

Leonid Solovyov, Dolgopolov’s lawyer, told Reuters the police investigation into his client was linked to a complaint that his jokes had offended religious beliefs.

“He has decided to leave Russia for security reasons,” Solovyov said, adding that the situation was temporary.

The 25-year-old also made a joke about President Vladimir Putin and his supporters, according to the BBC.

Solovyov would not disclose Dolgopolov’s current location, but later Thursday, Dolgopolov posted a picture of himself on Instagram in what appeared to be Israel and said he was safe.

Russia has adopted laws that make it illegal to insult the feelings of religious believers and affront the authorities online. Critics say they have been used to smother dissent and curb freedom of speech in the country, where atheism was the norm during the Soviet era.

“They are clearly not looking for me because they are big fans of my work,” Dolgopolov, who left Russia on Thursday morning, said in a video posted on his YouTube channel. “I’m very frightened … I’m sure that problems are beginning for me.”

The Russian Interior Ministry told Reuters that police were following up on a complaint that Dolgopolov’s performance had insulted religious feelings. It said a decision on the case would be made following a police probe.

Dolgopolov’s manager, Armen Gandilyan, told Russian media that all his performances would be canceled until his legal situation was clarified.

Several YouTube viewers noted that the police inquiry had ironically prompted them to search for Dolgopolov’s performance online.

“The Interior Ministry is the most efficient advertisement agency,” one viewer wrote.