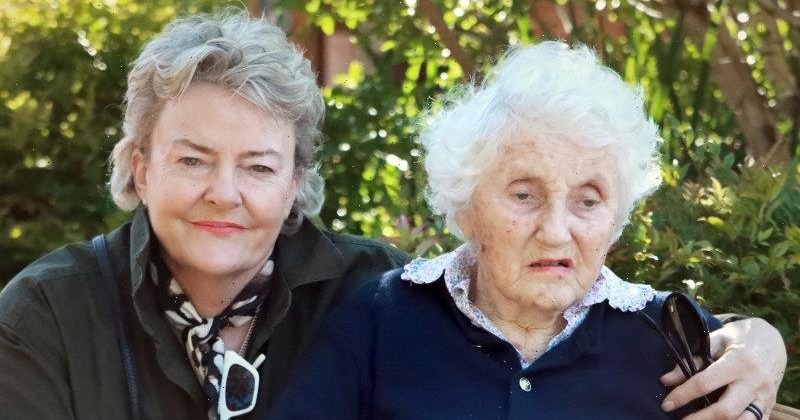 Aged care homes are closing at an escalating rate, forcing rural families apart as elderly residents are moved hundreds of kilometres away.

Until last week, the town of Bombala in the marginal NSW electorate of Eden Monaro had two pubs, an RSL, a golf club and one aged care home called Currawarna, a 33-bed facility run by not-for-profit Southern Cross Care. 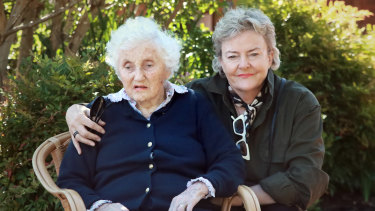 Shirley Garnock, pictured with her daughter Penny, had to move to a home in Pambula. Credit:Angi High

When the provider announced plans to close in February, citing an inability to find staff and backing Labor’s push for higher wages in the sector, “it came as a huge shock”, Catriona Garnock told the The Sydney Morning Herald and The Age.

“We all thought it would be there forever,” she said. “It’s part of the heart of the town.”

Instead, 20 local families have had to find new aged care homes for their elderly loved ones as far away as Goulburn (200 kilometres away) and Canberra (300 kilometres).

In the financial year to date, 24 aged care homes have closed across Australia – twice as many closures as in 2020-21 – including six in regional and remote areas. Half of the closures happened in the last four-and-a-half months.

A further nine homes are currently in the process of closing, including two regional facilities.

NSW Regional Health Minister Bronnie Taylor, a former nurse and deputy leader of the NSW Nationals, said the federal government should make it harder for operators to “abandon” rural families and that “aged care workers deserve to be paid more”.

“It’s a special type of care, it needs to be rewarded,” she said.

“Who are we as a society or community if we cannot care for our elderly and our most vulnerable? In country towns, our elderly are the keepers of all the memories.”

Taylor said she had met with Southern Cross Care and offered to broker a solution with federal government workforce support, but was rebuffed.

“The federal government does not seem to have the levers to impose on the provider to stay,” she said.

Southern Cross Care chief executive Helen Emerson said the provider had no choice but to close Currawarna because it could not find enough staff, particularly registered nurses, due to low industry pay rates and poor housing availability.

“We did approach another local provider [to take over] but they said ‘unfortunately, we can’t make it work’,” Emerson said.

“We could see that we were becoming non-compliant, purely because we just did not have enough suitably qualified staff.”

Emerson said the offer of workforce support had rung hollow as she had noted a sparse availability of surge staff throughout the pandemic.

Garnock’s mother-in-law Shirley, 94, had lived on a property 10 kilometres north of Bombala for almost 70 years before moving into Currawarna three years ago.

Being in town meant Shirley, who has dementia, could still spend time on the farm and receive care from workers who lived locally.

“She loved to look out over the hills and paddocks,” Garnock said.

But the family had to move Shirley to a home in Pambula, a 2.5-hour round trip.

“It’s a shame for Shirley because she’s not going to be able to come to the farm anymore, she doesn’t do that mountain trip well,” Garnock said.

Currawarna was built in the late 1970s with funds donated by the local community and was managed by a volunteer committee for more than 20 years.

Garnock said locals felt betrayed by Southern Cross Care’s decision to shut without first seeking the community’s help to keep the doors open while a new provider was found.

“They haven’t tried hard enough and there’s no rule saying they can’t do this sort of thing,” she said.

“We tried to complain with the Aged Care Quality and Safety Commission, but we were told only two weeks’ notice is required.” 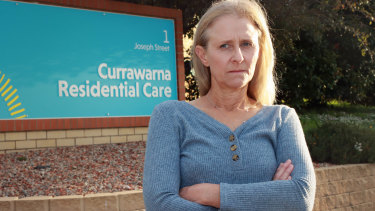 Helen Parr, whose mum Judy was moved to a local hospital after her aged care home closed, is furious at its former operators.Credit:Angi High

Helen Parr said she was “stunned, devastated and horrified” when Southern Cross Care told her she would have to find another home for her 87-year-old mother Judy Pereira, who had lived at Currawarna for five-and-a-half years.

“We were absolutely appalled and shocked and then we just got very angry,” she said.

Because of her advanced dementia, Judy could not be relocated out of town and was instead moved to the Bombala hospital.

“She was distressed,” Parr said. “She definitely noticed the change. It threw her out of whack.”

“We’re really in the middle of that political sandwich, especially leading up to the election,” she said.

Federal Labor is seeking to convince voters that aged care is a major policy difference between the two main parties, with its promise to spend an extra $2.5 billion and file a supporting application in a Fair Work Commission case seeking a 25 per cent wage increase.

Morrison has conceded a Coalition government would “absorb” the cost of any pay rise awarded.

Both parties are committed to mandating nurses 24/7, with Labor promising to do so a year earlier than the government – by July 2023 – although providers would be given “flexibility” if they cannot find enough nurses. Neither has outlined a detailed plan to specifically support rural aged care.

Labor MP Kristy McBain holds the seat of Eden Monaro on a margin of 0.8 per cent.

“I have no doubt that this will keep happening, and regional communities will continue to be left behind,” McBain said last month, blaming the government for Currawarna’s closure.

A spokesman for Aged Care Services Minister Richard Colbeck said more than four times as many services opened (46) in the 2020-21 financial year than closed (12) and that the government’s $18.8 billion royal commission response included “early intervention measures to help providers improve their viability”.

“Providers do have a responsibility to give communities and the department notice of a decision to close,” the spokesman said.

He said the government was working on a long-term aged care option for Bombala with the NSW government.

Jacqueline Maley cuts through the noise of the federal election campaign with news, views and expert analysis. Sign up to our Australia Votes 2022 newsletter here.