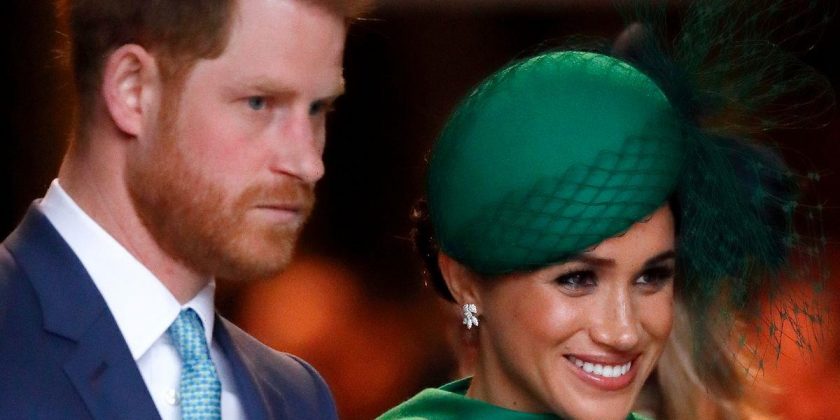 Prince Harry and Meghan Markle's 'Californian vibes' are causing great confusion to the Royal Family back in Britain, a commentator says.

For their 2021 Christmas card, the Duke and Duchess of Sussex shared a beautiful photograph of their family-of-four, giving the world a glimpse of their daughter Lilibet for the first time.

But royal commentator Neil Sean says their use of 'Happy Holidays' instead of 'Merry Christmas' was hard for some of the senior royals to get their heads around.

Sean claims an insider told him Buckingham Palace was "confused" by the "Californian theme" of the card, which saw Harry barefoot in ripped jeans.

The card's greeting read: "Happy Holidays. This year, 2021, we welcomed our daughter, Lilibet, to the world. Archie made us a 'Mama' and a 'Papa,' and Lili made us a family."

"According to good sources, they [senior members of the Royal Family] were rather confused and let me explain the reasons why," Sean told the Express.

"As we all know Prince Harry was born a British Prince and there's nothing more sacred to our gracious Majesty the Queen than her Christian faith and this particular time of year, she holds it with great affection.

"In fact, it was one of the most favourite times of the year for Her Majesty and the late Duke of Edinburgh so you can imagine I'm suspecting her dismay at the Christmas greeting which was on the cards now."

At the time of its release, fans noted the denim-heavy card was similar to a Kardashian Christmas photoshoot from 2017.

"Lilibet has the queens smile and Archie is a mini Harry," wrote one, while another person said: "She's the spitting image of the Queen."

The picture was taken by Harry and Meghan’s wedding photographer, Alexi Lubomirski.

A source told OK! US the Duke of Sussex is "appalled" by the film Spencer, which has received excellent reviews.

Harry and Meghan "have been invited to all the big events and planned on attending the Oscars too, but they'd almost certainly come face-to-face with Stewart since she's a lock for a best actress nomination," the source says.

To read more about Harry and Meghan's life in the States, sign up for OK!'s Royals newsletter here.