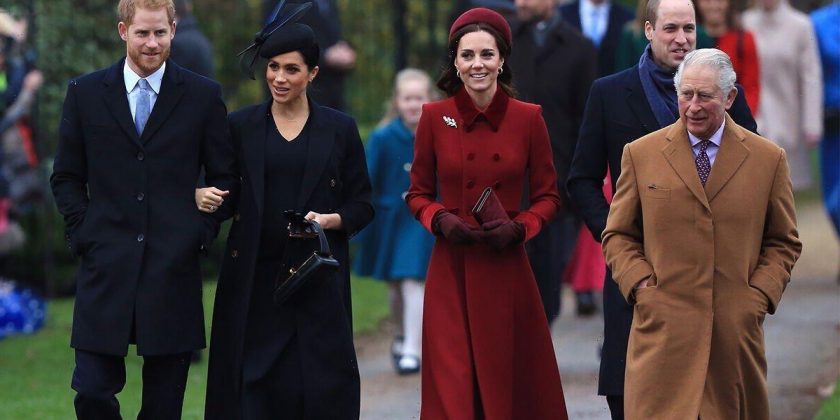 Christmas will look very different this year for the Royal Family following the death of Queen Elizabeth II in September, but it seems the late Sovereign’s son and heir King Charles will continue her tradition of hosting Christmas at Sandringham. Sandringham House is the monarch’s private residence in Norfolk, and the royals usually keep very busy there over the three main days of Christmas.

The Queen typically arrived at Sandringham by train, travelling to King’s Lynn Station to put the final touches on her family’s Christmas arrangements.

Christmas Eve would reportedly see the Queen and members of the Royal Family gather to enjoy drinks hand-poured by Prince Philip at around 7.30pm.

Prince William and Prince Harry would also play an annual game of Christmas Eve football with the staff at Sandringham when they were younger.

Nowadays the younger members of the Royal Family put the finishing touches on the tree, with the Queen speaking fondly of the tradition in her 2015 Christmas speech.

Unlike most families, the Royal Family opens their presents on Christmas Eve rather than Christmas Day.

While many would instantly think expensive presents are exchanged by the Royal Family, they are thought to be partial to thoughtful presents or joke gifts.

Kate, Princess of Wales gifted the Queen a jar of her grandmother’s marrow chutney one year, and the Queen was very delighted to receive it.

Kate said in the ITV documentary Our Queen at 90: “I noticed the next day that it was on the table.

“Such a simple gesture went such a long way for me.”

On Christmas Eve the royals will get glammed up for a black-tie evening dinner showcasing the best quality roasted meats and trimmings.

Members of the Royal Family visit the nearby church of St Mary Magdalene for the annual Christmas Day service early in the morning.

Senior and non-working royals are spotted chatting to assembled crowds on their way to the church, and they will often be joined by their adorable children.

After a delicious Christmas Day lunch, the Royal Family are just like families across the country and they sit to watch the monarch’s televised Christmas Speech.

This year will mark Charles’ first Christmas Speech as monarch, and he will likely reflect on his late mother’s incredible 70-year reign in his message to the nation.

Boxing Day starts with a delicious buffet breakfast for the royals, according to reports, followed by some time in the great outdoors.

The Royal Family are thought to take part in a pheasant shoot every Boxing Day, or they go for walks or horse-ride around the Sandringham Estate.