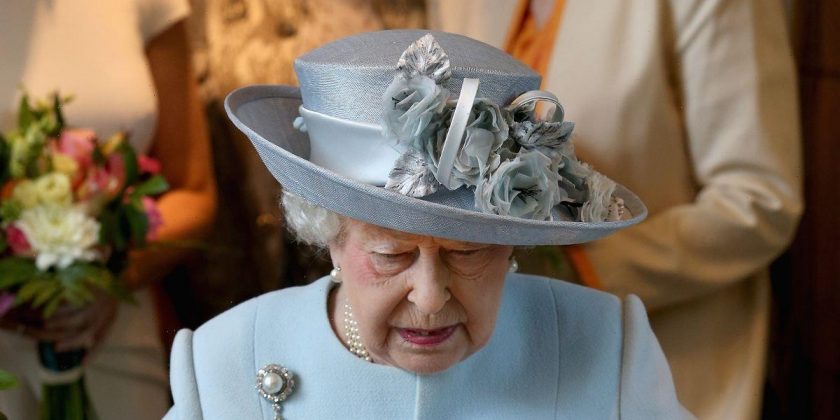 It’s no secret that the Queen has a sweet tooth, and she’s got her favourite boozy tipples, too!

Behind palace doors, Her Majesty enjoys the finest foods cooked up by royal chefs and, every now and then, we get to try them too.

So, what’s better than the Queen’s boozy Christmas pudding? An alcohol-soaked chocolate mousse – ooh, don’t mind if we do…

According to Darren McGrady – the Queen’s personal chef in the 1990s – dark chocolate and a warming tot of Drambuie
liqueur are her favourite ingredients.

Darren explained: “It's no secret that the Queen loves chocolate, and the darker chocolate the better. Here's the most delicious chocolate mousse I made for the Queen, both at Balmoral and banquets at Buckingham Palace, that you will ever taste.”

Melt the chocolate, taking care not to overheat it in a large bowl.

Put the coffee in a small bowl and dissolve in the boiling water.

Whisk the egg yolks into the chocolate and then add the dissolved coffee and the whiskey and mix well.

Whip the cream until stiff and peaks hold.

Whip the egg whites until stiff and the peaks hold.

Fold the cream with a metal spoon into the chocolate mixture followed by the whipped egg whites.

Keep folding until there are no white specks of cream or egg white and then pour into a decorative serving dish.

Put the mousse into the refrigerator for at least three hours to allow the chocolate to set.

The top can now be decorated with rosettes of whipped cream and chocolate curls for table presentation.

This mixture makes enough for about eight portions of dessert.

Now if that doesn’t settle your sweet tooth, we don’t know what will. Still, every decadent dessert needs a smashing drink to wash it down.

It’s widely known that the Queen is partial to a tipple or two (but nothing excessive, of course).

Back in 2017, chef Darren told CNN: “She likes a gin and Dubonnet – that’s her favourite drink.”

She likes Drambuie, too. And Drambuie’s mixologist, Freddie May, has created the perfect drink to sip with your mousse.

The jubilee inspired drink is a Drambuie Espresso Martini – an after dinner drink with a Scottish twist on one of the nation’s favourite cocktails.

Harry and Meghan: A Life Of Service Reimagined

This special collector's edition edition of OK! looks at the Duke and Duchess of Sussex's new life in the States following their dramatic departure from the UK, their children Archie and Lilibet's life away from the spotlight and the family's plans for 2022 and beyond.

It explores their evolving relationship with the Royal Family and how there is hope for bridges to be built.

Plus, as the 25th anniversary of Diana, Princess of Wales' tragic death approaches, experts tell OK! what her thoughts might have been on Harry and Meghan's brave decision to step away from royal duties…

You can purchase the special edition magazine here for £4.99

Apparently it should be enjoyed during the fifth course at dinner to extend the celebrations.

Our monarch has quite the palate when it comes to booze. According to Darren, when she has a drink with dinner it’s often a glass of German sweet wine.

He added: “Just in the evening. She certainly doesn’t drink four glasses a day. She’d be pickled if she drank that much.”

It’s thought the Queen also enjoys a glass of wine at lunch and a dry martini or flute of champagne in the evening – probably one of her favourite brands Bollinger or Lanson.

Her Majesty was advised by doctors to cut down on her alcohol consumption last autumn, and instead to save drinking for special occasions.