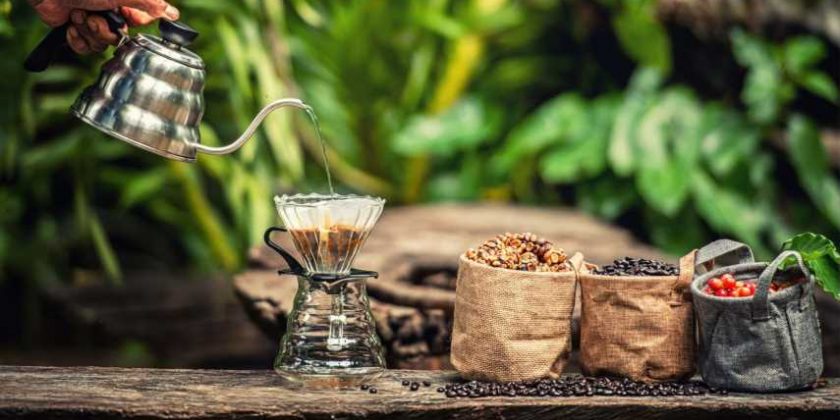 While ordering a simple cup of coffee and purchasing it is an easy process, every coffee bean goes through a series of processes from picking, harvesting, and processing until it reaches the customer. The market for instant coffee has skyrocketed to over $36.3 billion by 2020 and continues to soar even today. A global multi-million dollar business, it contains caffeine that offers a fresh aroma and boosts the brain.

A typical cup of coffee may cost between $2-$5. However, some coffee beans are cultivated and made in limited numbers with a unique process that hikes their price during retail purchase. Some rarest beans are sold at auctions and undergo unique harvesting that makes a regular drink like coffee a delicacy. From the lands of Central America to the island of Hawaii, coffee is consumed and cultivated everywhere around the world with equal enthusiasm. Let’s take a look at the most expensive cups of coffee globally.

Grown in the Guatemalan region of Central America, Finca El Injerto is cultivated at a high altitude, 5,500 feet above sea level. The coffee exclusively comes from a single farm of coffee on a land that used to be a sugarcane plot, as stated by The Manual. Each coffee cup costs $15, and the micro-lots of the coffee are usually sold at auctions.

RELATED: The 10 Most Expensive Coffees In The World

Costing $19 for a single cup, Fazenda Santa Inês is located in the Brazilian state of Minas Gerais near the Mantiqueira mountains. The bright and sweet coffee has hints of clove and lemons. The topography and harvesting of the coffee are done by hand, ensuring that the quality does not drop, making it one of the most expensive coffee cups on the list.

A Hawaiian coffee on the list, Molokai coffee, comes from a smaller island of the same name. Coffee was discovered in the 1800s in Molokai but did not become commercial until the 1980s. The bean called the red catuai grows on the volcanic soils, which give it a sharper taste and falls on the heavier roast spectrum, costing $25.

In 2013, a man visited Starbucks in Enumclaw, Washington, and ordered himself the most expensive Starbucks drink until that year. He celebrated his 27th birthday by ordering a Quadriginoctuple Frappuccino that included forty espresso shots, two bananas, protein powder, soy, caramel drizzle, Frappuccino chips, and vanilla beam, as noted by Today. The total came to around $50; however, Starbucks gave it for free as it was his birthday.

Nothing with the word ivory has ever been cheap, not even a cup of coffee. The black ivory coffee cup has beans hailing from the land of Northern Thailand. The harvesting process is not delicious as the beans go through an elephant’s digestive tract before they are released into enzymes so they can become smooth and delicious.

One of the most awarded coffee on the list, Hacienda la Esmeralda, has won many accolades over the past two decades and is considered a once-in-a-lifetime experience for coffee lovers. Cultivated in Panama in Mount Baru, the beans are grown under the shades of guava trees. Due to its rich flavor and taste, each pound costs $350.25, and the cost of a cup is $65.

Based in the Southern region of San Francisco, Klatch Coffee Roasters sold out their most expensive coffee cup until 2019, which retails at $75 for a cup. As mentioned by USA Today, the coffee shop roasts Elida Geisha 803, a rare with only 100 pounds available in the market. It sold for $803 per pound at the Best of Panama Green Auction.

A unique coffee, Kopi Luwak, is made by Asian palm civets in Indonesia. The pam civets consume the coffee cherries, which were fermented during their digestion process. The enzyme secreted during the process offers a different flavor to the coffee, and the extremely rare cup costs a whopping $100.

Klatch Coffee Roasters in San Francisco served one of the most expensive coffee cups worth $100, made from the costly beans of Elida Geisha Natural 1029, which costs $1,029 per pound. It is a part of the fourth wave of specialty coffee that has taken over in 2020. The coffee is exclusive, and only 1,600 cups are available around the globe.

Starbucks introduced the Most Expensive Starbucks Drink Challenge in 2017. When William E. Lewis Jr. visited Washington DC for the 2017 Presidential Inauguration, he went to Bethesda, Maryland, to try the Super Venti Flat White, which cost around $149. According to Money INC, the drink featured 170 espresso shots, 11,200 mg of caffeine, coconut milk, and three ristretto shots of venti flat white.

Other notable expensive coffee cups include the Jamaican blue mountain coffee, Los Planes coffee, and the Hawaiian Kona coffee. As one of the most cherished drinks globally, the popularity of coffee has only grown in numbers over the years and will remain the most consumed drink everywhere.

READ NEXT: The 10 Most Luxurious And Expensive Airport Lounges In The world