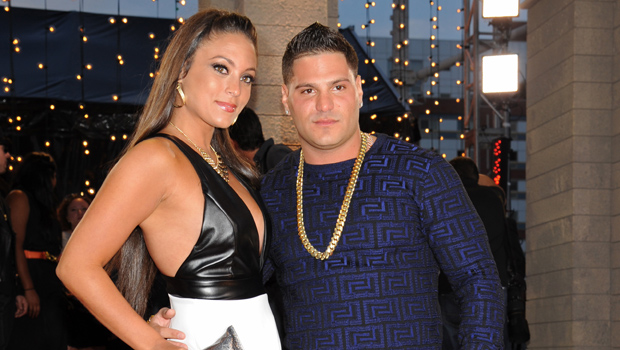 Sammi Giancola has ‘completely moved on’ from ‘Jersey Shore’ co-star, Ronnie Ortiz-Magro, and not just because she has a new BF. Here’s really why Sammi’s not looking back — HL has the EXCLUSIVE scoop!

Sammi “Sweetheart” Giancola, 31, isn’t planning on swapping out her boyfriend, Christian Biscardi, for Jersey Shore co-star and ex Ronnie Ortiz-Magro, 33! Even if Christian (pictured below) wasn’t in the equation, Ronnie still wouldn’t have a chance, we’re hearing. “Sammi doesn’t even think about Ronnie anymore, that’s how happy she is with Christian,” a source EXCLUSIVELY tells HollywoodLife. “Sammi feels like Christian is the real love of her life and Ronnie is totally in the past. Sammi wishes Ronnie well, but she knows that relationship wasn’t healthy.” We saw plenty of Sammi and Ronnie drama play out on the original run of Jersey Shore, as they dated from 2004-2014 (the show aired from 2009-2012). And Sammi is intent on strictly looking forward!

“Sammi feels like she has totally grown up and that chapter of her life is over which is why you don’t see her on Jersey Shore,” our source adds, referring to how MTV rebooted the show with the spinoff Jersey Shore Family Vacation, which reunited the OGs in April 2018. But that’s not meant as a snub, as our source adds, “She’s still extremely close with the other women and other guys, but she wants to live a normal life.” Meanwhile, Ronnie’s a bit more nostalgic, according to our source.

“Ronnie catches himself missing Sammi even more when he is fighting with Jen [Harley],” our source continues. And he has more time to reminisce on good memories with Sammi, as he’s currently on “off-again” status with his ex and baby mama Jen. They reportedly split following an alleged explosive fight on New Year’s Eve, according to Us Weekly. Ronnie filed for a Battery Domestic Violence report three days later, according to the police report HL received from Las Vegas Metro PD! “Ronnie shares with friends that Sammi truly is the one that got away,” our source goes on. But here’s the bad news, if you’re Ronnie and Sammi shippers: “Even if Sammi and Christian broke up tomorrow, Sammi would never take [Ronnie] back. She’s completely moved on and there’s no looking back.” Ouch.

Bringing in the New Year the right way… ?♥️