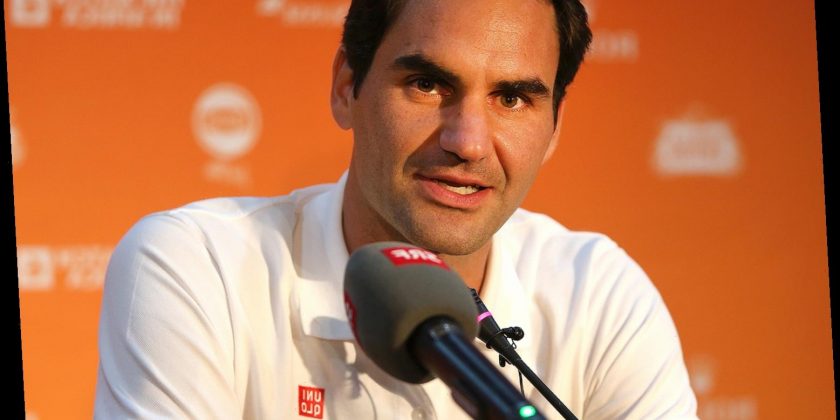 Roger Federer will not be participating in the upcoming 2021 Australian Open, the tennis legend's team announced this week.

The 39-year-old has been out of action since undergoing two surgeries to his right knee earlier this year. While Federer aimed to be ready for the Australian Open in February, he is behind schedule in his post-operation recovery and will need more time before he returns to the court.

"Roger has decided not to play the 2021 Australian Open," Federer's representative, Tony Godsick, told the Associated Press on Monday. "He has made strong progress in the last couple of months with his knee and his fitness. However, after consultation with his team, he decided that the best decision for him in the long run is to return to competitive tennis after the Australian Open."

"I will start discussions this coming week for tournaments that begin in late February and then start to build a schedule for the rest of the year," he added.

As the outlet notes, the withdrawal means Federer's streak of 21 consecutive appearances at the Australian Open will come to an end. "In the end Roger ran out of time to get himself ready for the rigours of a Grand Slam and he's very disappointed he won't be coming to Melbourne in 2021," Australian Open tournament director Craig Tiley said in a statement, according to CNN.

"We wish him all the best as he prepares for his comeback later in the year and look forward to seeing him in Melbourne in 2022," Tiley continued.

In June, the 20-time Grand Slam champion gave an update on his rehabilitation process after undergoing a "quick arthroscopic procedure" on his knee following his first operation in February.

"Now, much like I did leading up to the 2017 season, I plan to take the necessary time to be 100 percent ready to play at my highest level," he said in a post to Twitter. "I will be missing my fans and the tour dearly but, I look forward to seeing everyone back on tour at the start of the 2021 season."

Federer — who hasn't played in a tournament since January — said he initially opted to have surgery on his knee because it had been "bothering" him for some time. Knee problems are common for tennis players due to repetitive strain and overuse.

Despite his absence from play, Federer was recently given the ATP Tour fans’ favorite award for 2020.