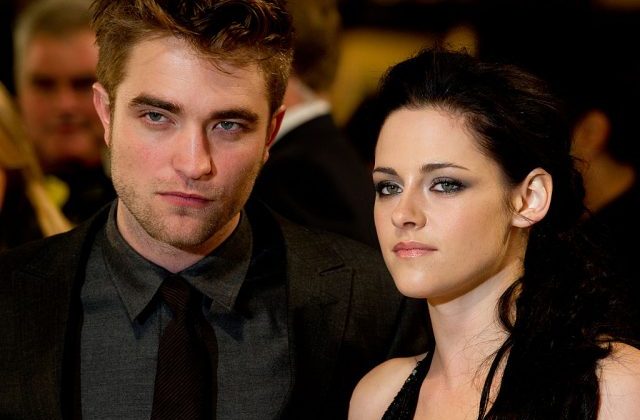 Robert Pattinson is usually very secretive about his romantic life. That changed last month when the Twilight alum finally opened up about his relationships with Kristen Stewart, FKA Twigs, and Suki Waterhouse. Not only did Pattinson reveal that he is on good terms with his exes, but he also explained why he refuses to discuss romance in public.

Pattinson talks about past relationships

Pattinson, who is usually mum when it comes to his personal life, was recently asked about his relationships with Stewart and Twigs. According to Elle, the actor did not go into great detail about his relationship with his two exes, but he did admit that he is on good terms with both of them.

Past relationships aside, Pattinson was also asked about his current girlfriend, Suki Waterhouse. Pattinson once again kept the details slim but explained why he chooses to keep things private. The actor believes that letting the public in basically ruins relationships because the lines between performance and true love get blurred. One only needs to look at Pattinson’s relationship with Stewart to see a perfect illustration of that.

“If you let people in, it devalues what love is,” Robert Pattinsonstated. “I can’t understand how someone can walk down the street holding hands,and it’s the same as when I do it and a hundred people are taking your photo.The line between when you’re performing and when you’re not will eventually getwashed away and you’ll go completely mad.”

Although Pattinson is clearly jaded by public romances, hestill believes Hollywood relationships can work out. After all, hisrelationships with Stewart and Twigs lasted years, not months.

Have Robert Pattinson and Kristen Stewart made amends?

It may have taken a few years, but it certainly sounds likePattinson and Stewart are on good terms. The pair dated while working on the Twilight films, but their relationshiphit a major snag in 2012 after it was revealed that Stewart was having anaffair with Rupert Sanders, who directed her movie, Snow White and the Huntsman.

Pattinson and Stewart’s relationship all but ended in lightof the cheating scandal. Shortly after photos surfaced in the media, Stewartissued an apology for her behavior. The actress said she was very sorry forhurting the people she loves the most and sounded genuinely upset for howeverything affected Pattinson, whom she admitted she still loved. \

In the years since their split, Twilight fans have hoped that Robert Pattinson and Stewart would find their way back to each other. While they are now on friendly terms, their friendship has not gotten romantic, despite all the rumors that have surfaced to the contrary.

After breaking up with Stewart, Pattinson went on to dateTwigs. The pair dated for a few years before deciding to get engaged. But afterthree years, the couple decided to call off their engagement and go theirseparate ways.

The breakup happened in 2017 and, at the time, Pattinson andTwigs remained quiet about why the separated. Inside sources, however, claimthat their busy schedules drove them apart and that Pattinson was the one whopulled the plug on their relationship.

Robert Pattinson is believed to have started datingWaterhouse sometime in the summer of 2018. The two were spotted getting extracozy with each other in London in July. Pattinson and Waterhouse have madeseveral public appearances since then, though they have yet to talk in greatlength about their romance. Given how Pattinson likes to keep his romanceprivate, we probably will not hear anything unless they get engaged.

Pattinson says Hollywood has been tamed

Speaking of privacy, Pattinson recently discussed how smartphones have changed the way celebrities behave in Hollywood. The Twilight alum, who originates from westLondon, revealed that things were much different ten years ago when he firstarrived in Los Angeles.

Celebrities could let loose in public without a fear ofbeing caught on camera, which resulted in a much different dynamic in the city.He also lamented how there were much fewer English people in Hollywood a decadeago and that his accent pretty much gave him free reign wherever he went.

Kristen Stewart has not commented on Robert Pattinson’slatest remarks concerning their old romance.