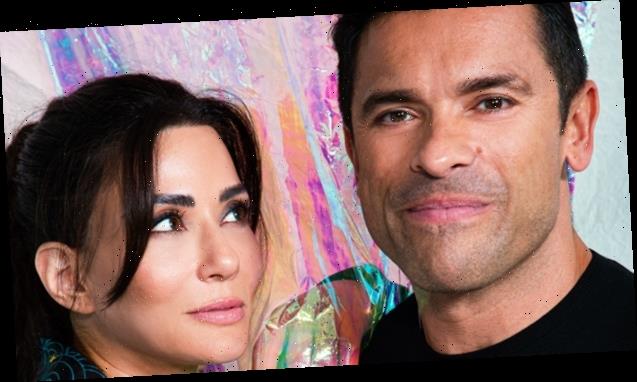 Hiram Lodge may be in jail but not for long. HL spoke EXCLUSIVELY with Mark Consuelos about Hiram’s arc in season 4 and exploring the ‘love’ side of Hiram and Hermione’s ‘love and hate’ relationship.

Hiram Lodge has been a villain of Riverdale for some time now, but that could be changing in season 4. “When you’re in jail, you have some time to reflect on why you’re there and some of the choices you’ve made,” Mark Consuelos told HollywoodLife at New York Comic Con. “I think that he does that but a leopard… can they change their spots? I’m not sure.” Hiram did show his softer side by paying for Fred Andrews’s funeral expenses in the season 4 premiere. There is hope for him yet!

In the season 4 trailer, there’s a particularly steamy scene between Hiram and Hermione. Mark revealed that this season may show a different side to this intense push-pull relationship. “Love and hate, they say it’s a fine line between those two emotions,” Mark continued. “I think they ride that line pretty closely and you never really saw the love part in the first couple of seasons I’ve been on the show, so it’s interesting that they’re going to explore that a little bit.”

When it comes to Veronica, Mark stresses that Hiram only wants the best for his daughter in all aspects of her life. “I think Hiram definitely falls into that stereotype but also I think he pushes it to the extreme,” he said.

The second episode of the season will feature Veronica being conflicted when information about her involvement in Hiram’s arrest leaks to the public. Veronica goes to visit Hiram in prison and he has some words for his daughter. “I’m not paying for your crimes. I merely told the truth. I told the world what you are,” Hiram tells Veronica. Hiram never makes things easy for anyone, that’s for sure. Riverdale airs Wednesdays at 8 p.m on The CW.