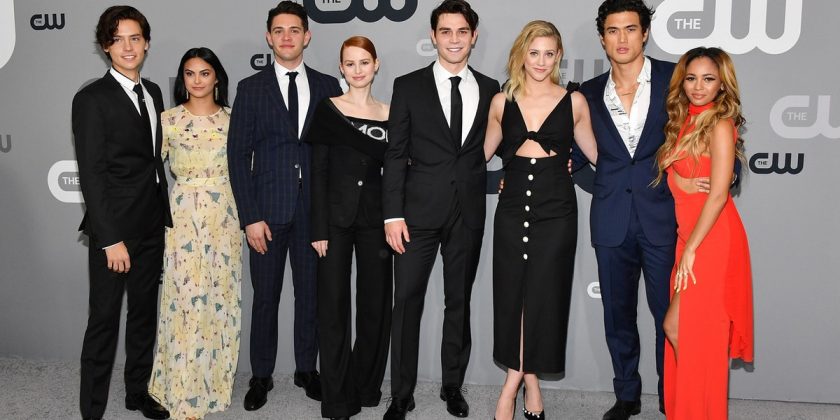 It’s hard to imagine that things could get much weirder for the teens in our favorite once-wholesome small town, but it looks they just might. Riverdale showrunner and chief creative officer at Archie Comics Roberto Aguirre-Sacasa told The Wrap that Riverdale Season 3 has a "Bizarrodale" episode that will completely change the Core Four. It’s hard to imagine a bigger change than Archie dying his bright red locks a dark brown, but the changes in this episode might have the dye job beat.

According to The Wrap, the Season 3 episode will give audiences a taste of a Riverdale alternate universe where Archie, Jughead, Betty, and Veronica don’t make up the Core Four. Instead, Kevin, Cheryl, Reggie, and Josie comprise the Core Four in this version of the CW series. Aguirre-Sacasa seems to be a big fan of the episode. He said, "It’s a really fun episode. A really fun episode. I’m really excited about that one." Hmm, well the fact that Aguirre-Sacasa is also the guy who thought it would be fun to fill Riverdale with random murders and gang fights makes it questionable whether or not he has the same definition of fun as everyone else. But, one thing’s for sure, "Bizzarodale" is sure to be entertaining.

Aguirre-Sacasa was pretty hush-hush about any more details of the "Bizzarodale" episode, but fans can only imagine the intensity of queen bee Cheryl as the Core Four leader. The big question is: If alternate reality Cheryl is a member of the Core Four, will Toni be joining the Core Four as an honorary fifth member? New episodes of Riverdale don’t return until January, so only time will tell.

In the meantime while you wait for more Riverdale, there’s the Chilling Adventures of Sabrina to scratch your Archie Comics world itch. The new series just released a Christmas special on Netflix, and it’s been picked it up for 16 more episodes. Since Aguirre-Sacasa also created and is the showrunner on Sabrina, fans are clamoring to find out when there will be a crossover between the two hit series. Fans might need to wait a big longer though. Aguirre-Sacasa told The Wrap:

While a crossover episode is still a bit far off, careful viewers might catch some small nods to the connection between the two series in upcoming episodes. Aguirre-Sacasa said, "There’s one thing I’m trying to figure out that’s a nice Easter egg that I’m trying to get permission to do — but it’s too soon to talk about yet." Some fans have already theorized about possible connections between Riverdale and Sabrina, but it sounds like there will be a definitive Easter egg coming soon. Who knows, maybe in another alternate reality, the Core Four will have witchy powers?