This is a case for the FBI — or at least Andy Cohen. Heather Gay reveals her black eye to her Real Housewives of Salt Lake City costars in Us Weekly’s exclusive sneak peek of the Wednesday, December 21, episode — and attempts to dodge questions about how the injury went down on their San Diego girls’ trip.

Biggest ‘Real Housewives’ Feuds Ever — And Where the Relationships Stand Today

“I had a near-death experience last night. Jen [Shah] came in topless and hugged me and first I was suffocated,” Lisa Barlow jokes in the clip. “And then I’m like, ‘You’re choking me out.’ … She’s like, ‘Give it to me!’”

After Whitney Rose notes that she “heard a lot of commotion” the night prior, Heather says they “aren’t sure what happened last night, but we know things got a little rough.”

Before taking off her sunglasses to reveal her black eye, Heather coyly says: “I think we all know what happened, I just think we don’t want to talk about it.”

The other women are shocked by her appearance and repeatedly ask their costar what happened.

The Bravo show cuts to a confessional where a producer asks the same thing. “How do you think it happened?” the female voice says.

In her own interview, Lisa is in disbelief when the Bad Mormon author says “we don’t know” what happened after previously admitting that she just didn’t want to talk about it.

“Wait, did you get some short-term memory loss with that black eye?” Lisa asks. “Like, you just said two different things in two seconds.” 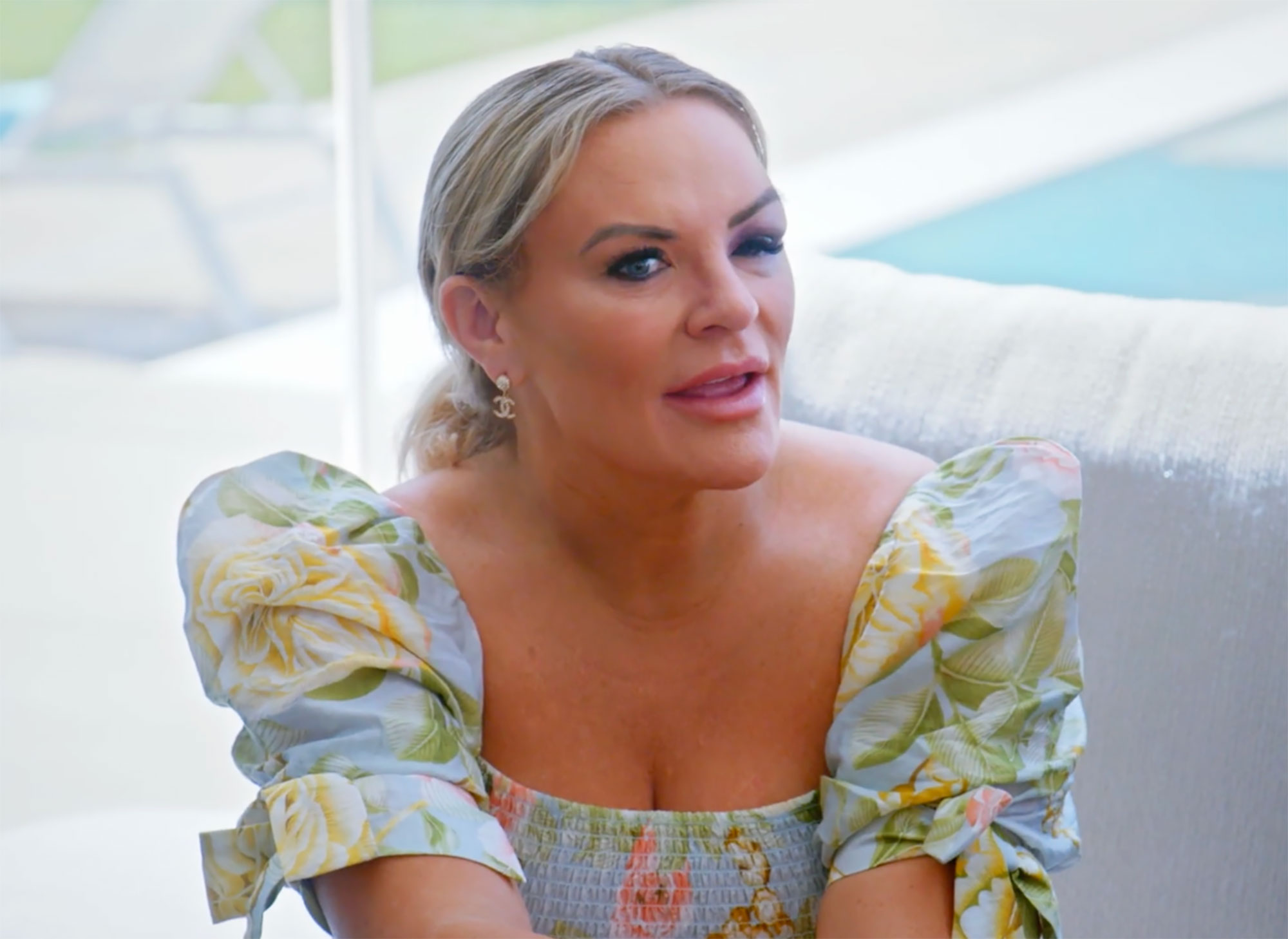 After Heather says she doesn’t think the black eye is “that noticeable,” the Vida Tequila founder replies, “Heather, are you insane? You look like somebody, like, clocked you.”

From ‘Jesus Jugs’ to ‘Turtle Time’: A ‘Real Housewives’ Dictionary in GIFs

Us previously asked Heather about the injury, which was first revealed in the trailer for the season.

“When I saw the jiggle of that door handle, I didn’t know that there were hidden cameras in my room. So when I saw the season — the trailer for the second half of the season — and I saw, like, me in a towel approaching the door and them jiggling the handle — I didn’t know [I] was being recorded, and had no idea,” she explained earlier this month. “So I am now waiting with the rest of America to see [it].”