According to a new report, Eboni K. Williams wants to replace veteran panelist Sunny Hostin on ‘The View’ following her guest host stint.

Eboni K. Williams has her eyes on a permanent spot on The View. The Real Housewives of New York City star, 38, recently filled in for Meghan McCain following her exit from the ABC talk show in August. Following her two-day stint as a guest panelist, Eboni reportedly wants a full-time seat at the table — but not Meghan’s seat, per se. According to Daily Mail, Eboni wants to replace veteran panelist Sunny Hostin — and the network and her inner circle are none too pleased. 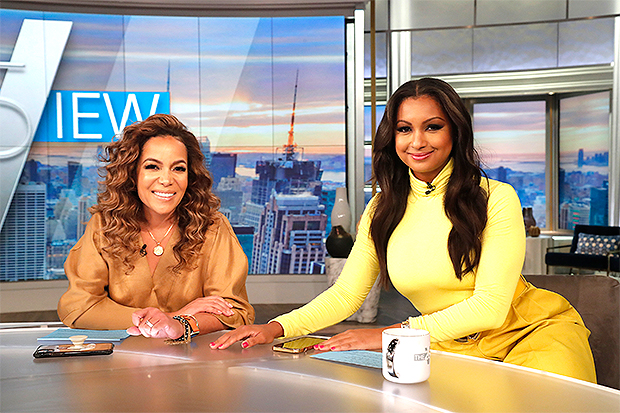 A source told the outlet that Eboni is “confident” that she would bring a more “modern” flare to The View table. “Eboni has openly told many friends, including myself, that she feels she is a more modern, younger and hipper version of Sunny and that she has greater star power,” the source said. “Eboni is just a chameleon for whatever job she is trying to get. She knows she can’t carry the conservative card, so now she has set her sights on Sunny.”

HollywoodLife has reached out to The View and Eboni’s rep for comment, and will update this accordingly when we hear back. Another source maintained that “there is only one vacant chair at this show, and it’s Meghan’s,” adding that Sunny, who joined the series in 2016, would simply not be replaced. “Sunny is a very popular host,” the source said. “She’s loved on set and she gets along with her co-hosts. She’s also just signed a long term deal with The View and Disney has given her a production deal.”

'The View' Cast: See Photos Of The Co-Hosts Through The Years 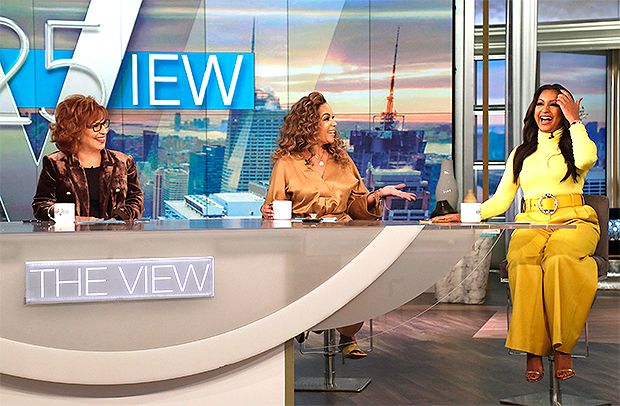 Eboni, for her part, denied the “patently false” allegations in a statement issued to DM on Thursday, Oct. 28. “It’s a very unfortunate repetition of a tired narrative that works overtime to pit accomplished Black women against each other,” she said.  “Sunny has been a mentor to me since I started my career on television. I only have the most wonderful things to say about her.” The report comes after Eboni told Entertainment Tonight that she was gunning for a full-time role.

“The goal, you know, like any other job audition, or interview, right?” she told the outlet in an October 20 interview, calling it her “dream job.” Eboni continued, “Do well enough to be invited back. So, that’s my prayer.” Eboni added that her Housewives perspective would be much appreciated. “I will tell you, from inside The View conversation, they would be extremely supportive of me bringing my experience as a Housewife. That’s a very unique experience that is culturally relevant.”