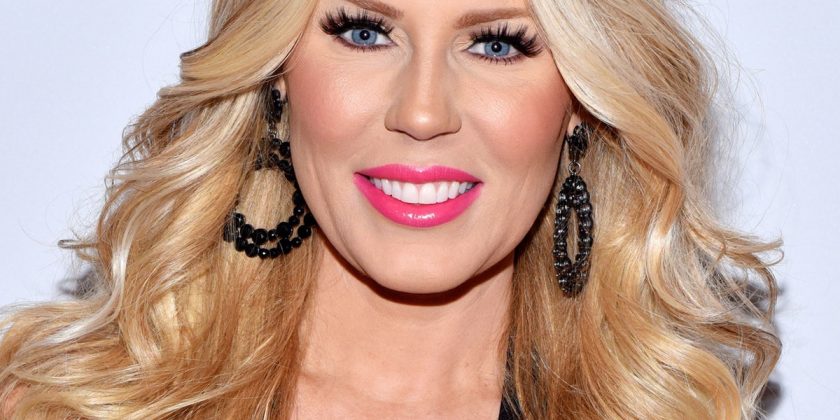 Christmas came early for Real Housewives of Orange County alum Gretchen Rossi. Gretchen and her fiancé Slade Smiley are expecting their first child together, announcing the news during an episode of the syndicated talk show The Doctors on Monday, Dec. 17. The reality TV veterans have been very open about their desire to have a child, as well as the difficulties they’ve faced for years.

Now that she is pregnant, the couple is very forthcoming about their journey to get to this point. During the episode of The Doctors, Gretchen happily announced, "Finally! We have news that we are pregnant!" Slade added, "And we’re freaked out, but in a good way."

In that same segment, the former Orange County Housewife said, "It still doesn’t feel real!" while Slade admitted, "It’s a little surreal." According to People, Gretchen is 10 weeks along in her pregnancy. Gretchen told the magazine, "It’s pretty exciting that we have our little Christmas miracle."

Even though she’s all smiles now, she admitted, "It’s been a little bit harder than I definitely anticipated." This is because Slade had a vasectomy four years ago. Then, Slade had a vasectomy reversal in 2016, but it wasn’t easy for them to get pregnant. They decided to use in vitro fertilization, IVF, to conceive a baby, according to People.

That was exciting news at the time. However, it was far from an easy process for the now-expecting parents. They were all set to implant the embryos. Unfortunately, a doctor informed them that "the embryos had arrested and basically died." The RHOC alum recalled,

The mom-to-be told People, "I really went into a depression and I couldn’t even think about or talk about IVF or trying to get pregnant again because physically, mentally, emotionally, financially, spiritually, it just breaks you." However, Gretchen and Slade stuck it out and continued in their quest to have a child together. 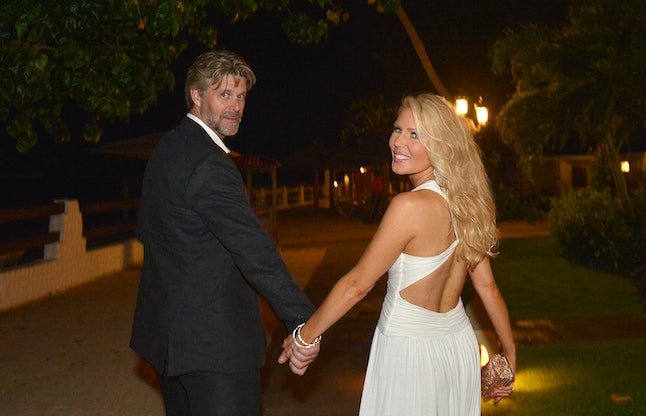 Gretchen shared her excitement with her Instagram followers on Dec. 17. She confirmed, "YES the News is true!!!!!!!!!!!!! We are beyond ecstatic to finally announce that we are expecting a little bundle of joy!!!!!!"

Even though Gretchen and Slade had been very vocal about their obstacles to conceive, they wanted to wait to share the news. Gretchen told her Instagram followers,

Of course, Gretchen and Slade are elated, but so are their many fans and fellow reality TV stars. New mom Khloé Kardashian shared her excitement for the couple. 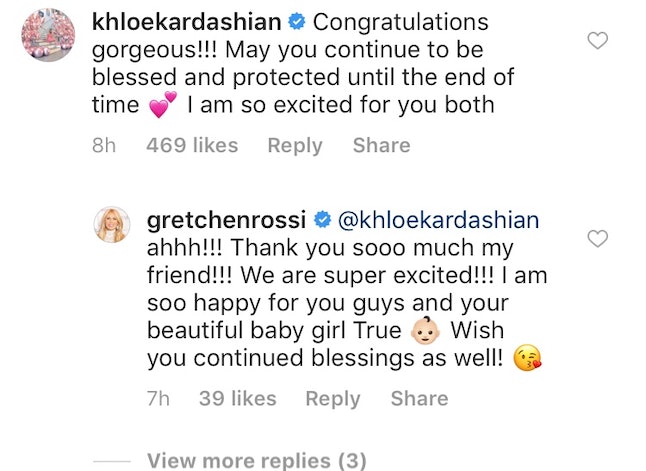 Meanwhile, pregnant Shahs of Sunset star Mercedes "MJ" Javid is happy that they are embarking on motherhood together.

Former Real Housewives of New Jersey star Jacqueline Laurita revealed her own struggles to get pregnant during Season 1 of the show. Now, she’s celebrating Gretchen’s pregnancy. 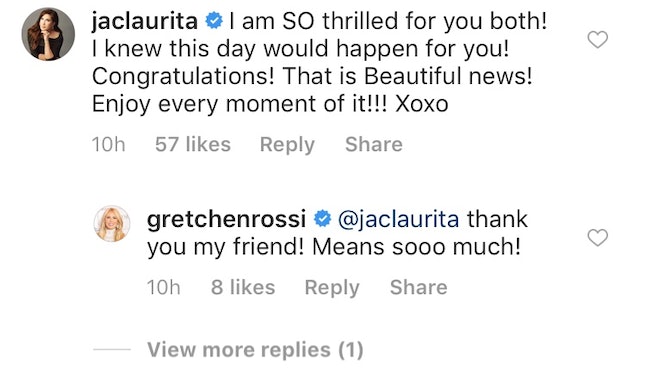 After many years of sharing their lives with fans, Gretchen and Slade could not be happier to announce this good news with the world, and everyone seems just as excited as they are.