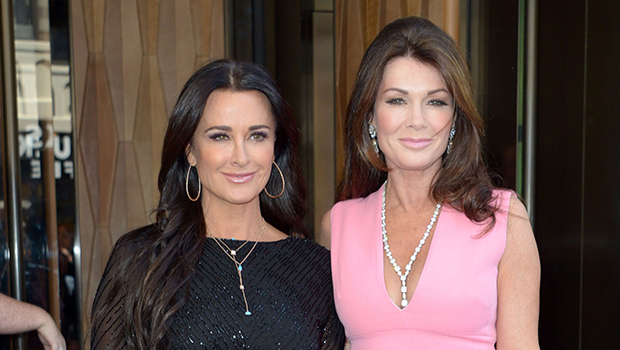 Lisa Vanderpump has been refusing to film alongside her ‘RHOBH’ cast mates this season. Kyle Richards tells us EXCLUSIVELY while it will be great TV, it’s been very hard on the rest of the ladies.

This could be the most dramatic Real Housewives of Beverly Hills season ever. Lisa Vanderpump, 58, has famously refused to shoot alongside other cast members and it’s made things quite difficult for her co-stars. We spoke EXCLUSIVELY to fellow OG housewife Kyle Richards who says that it will be great TV for viewers of the upcoming season, but that means the ladies have to tolerate a lot of drama along the way. “It’s been going really well!” She tells us of filming the new season. “It’s been — I think the viewers are going to be really taken back by a few things. TV wise, I think it’ll be very exciting, interesting season. That doesn’t mean it’s good for us. When it’s good TV, it’s not good for us.”

Kyle did admit that filming conditions with one of the show’s primary stars refusing to participate has been somewhat torturous. “It’s been a hard season. We’ve never had a season like this before. It’s so much craziness going on. It’s very different, a very different situation,” the 49-year-old explained.

We asked her how on Earth she’s been able to handle all of the drama, and Kyle is such a pro. “I’m getting used to — Nine years on the show! I wouldn’t say I’m used to it. My instinct is to say I’m used to it, but the truth is, you never really are. It’s not like the stress goes away. Even though I’m used to it from the show, I still get anxious and sad sometimes. We still have  fun on the show. We laugh a lot. We’ve had some times laughing maybe the hardest I’ve ever laughed,” she confides.

Kyle says it’s “weird” filming without Lisa. “We’re the only original ones left. I wish she was there, what can I say? I love Lisa and I always want to do the show with her. It’s weird,” she tells us. As for reports that Lisa wants off of RHOBH and could be exiting after this season, Kyle herself doesn’t know what Lisa’s plans are. “I don’t know! That’s a question to ask her. All I know is we’ve all wanted her to be there and invited her to everything that we do and included her in things. It’s her choice right now.”

Kyle says she hasn’t spoken to Lisa in “months” and that’s just heartbreaking. “It’s been awhile. I love Lisa. I miss her. We have fun together, we laugh together. Like I said, I want her to be at everything that we’re doing all of the time. I love Lisa! Just because we argue sometimes and disagree on some things, I consider her a very close friend of mine and I always wanted to do the show with her and I look forward to when things hopefully turn around again.”