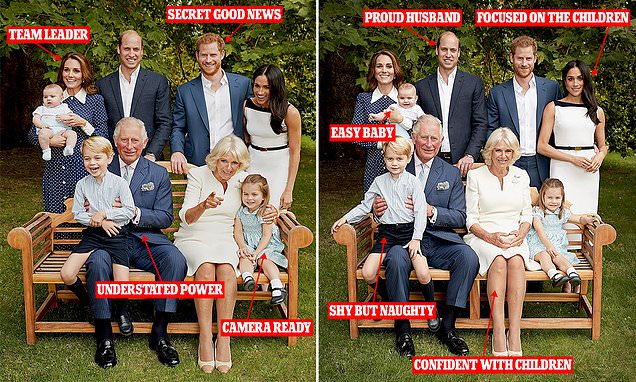 From Kate the ‘team leader’ to camera ready Charlotte, expert analyses family portrait to reveal what the royals’ body language REALLY says about them

From the Duchess of Cambridge’s role as ‘team leader’ to the Duchess of Cornwall’s confidence with children, the new royal family portraits give an insight into their individual personalities – and hidden feelings.

She noted how Prince Harry, 34, and the Duchess of Sussex’s interaction hint that perhaps they already knew they were pregnant at the time of this summer photo shoot, while Kate, 36, and William, 36, look more united than ever before.

Here, we take a look at each royal’s role in depth… 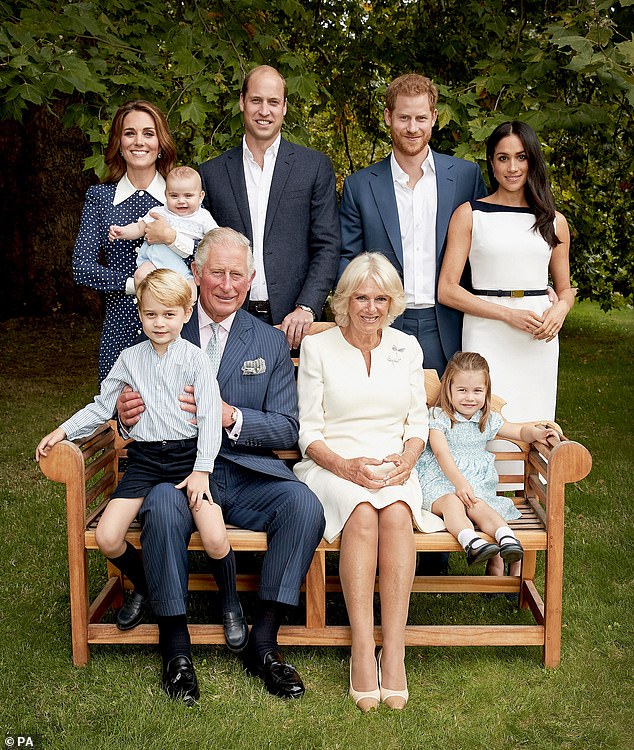 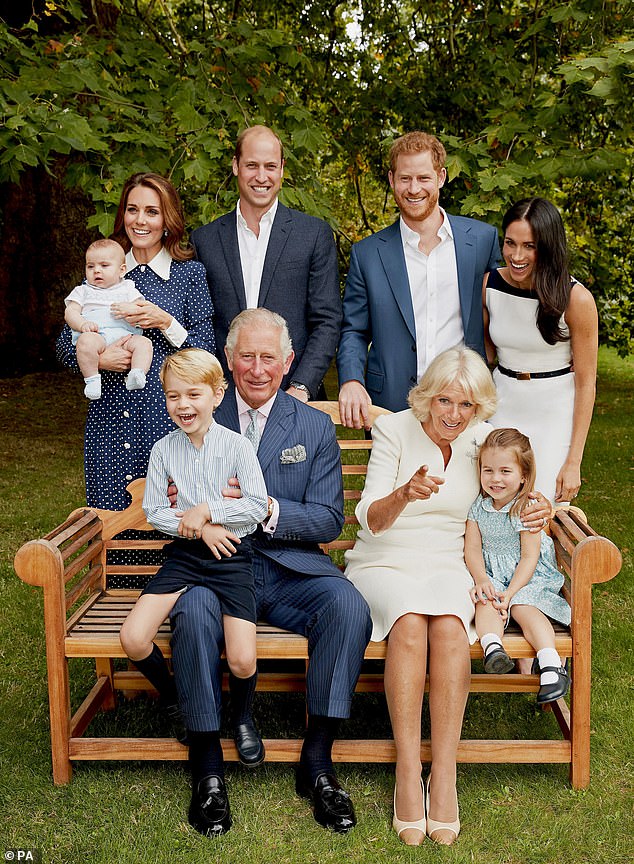 KATE: THE TEAM LEADER and LOUIS: AN EASY BABY

Judi says: ‘Kate’s confidence and family status signals do seem to have increased since Meghan arrived and Louis was born.

‘Louis shows all the signs of being a very happy and possibly ‘easy’ baby and Kate tends to beam with pride as she holds him aloft without any of the common anxiety signals that a first or second time mum can exhibit.

‘She carries him here with no attempt to share parental duties and there’s something about her upright pose and symmetric confident smile that places her in the role of team leader in the family group.’ 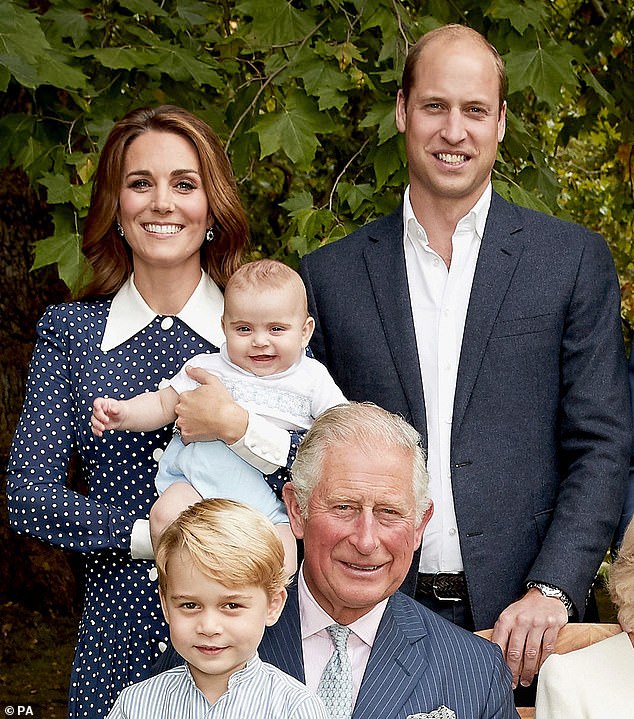 United front: Prince William and the Duchess of Cambridge are displaying mirroring skills that have become a hallmark of their relationship. Kate looks more confident than ever in her role within the family while William is happy to follow his wife, who is ‘team leader’ of the family

Prince William displays the sort of subliminal mirroring skills with his wife that have always been a hallmark of their relationship, Judi explains.

This suggests ‘like-minded thinking’ as well as a ‘strong affection’ between the couple, who are months away from celebrating their eighth wedding anniversary. 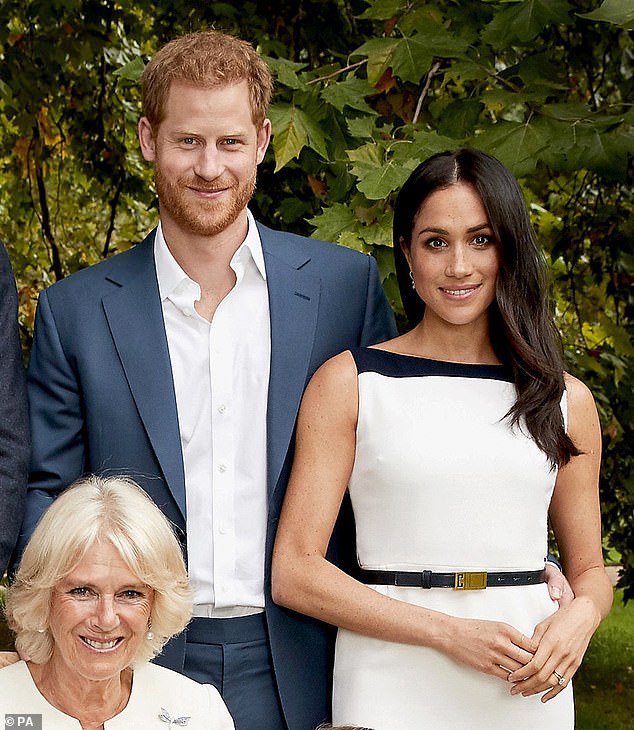 Father-to-be: Prince Harry and Meghan, 37, announced they are expecting their first child together next spring upon arriving in Sydney for their royal tour last month. But Harry’s ‘smug-looking’ smile and piercing fun gaze could hint he already knew when this photo was taken

Prince Harry and the Duchess of Sussex, 37, announced they are expecting their first child together next spring upon arriving in Sydney for their royal tour last month.

However Harry’s behaviour in the family photo, taken in the gardens of Clarence House over the summer, suggest the couple might have already known the news.

‘These two show they’re still in the flirty stage of their marriage, with Harry’s hand placed quietly on his wife’s upper hip,’ Judi notes.

‘There’s something a little smug-looking about his closed-mouth smile and piercing, fun gaze though which could hint that they were busting to share some good news at this point.’

MEGHAN: FOCUSED ON THE CHILDREN 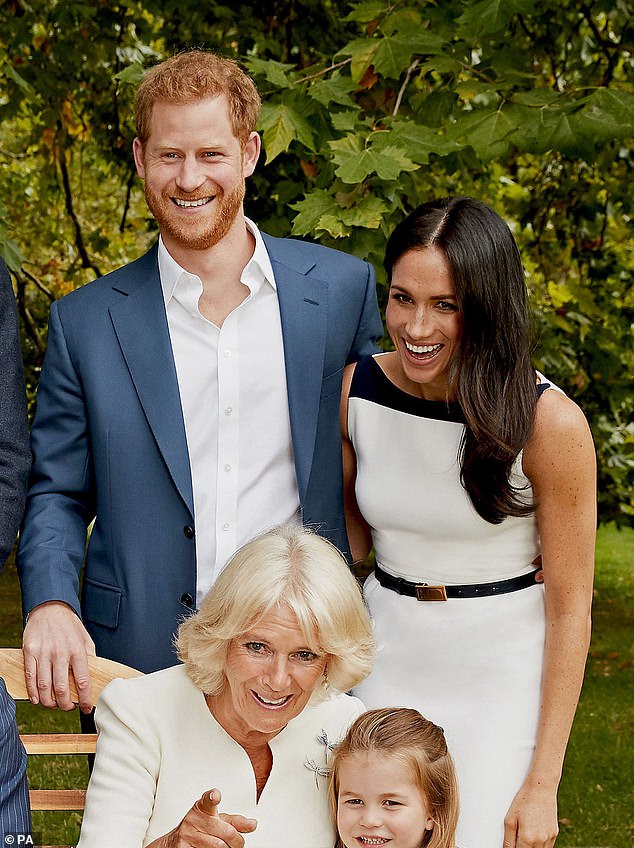 Family minded: The Duchess of Sussex leans forward and pulls away from Harry in the second shot to share the moment with Charlotte in the front row – showing where her focus lies

The difference between the formality of the two photos is most evident in Meghan’s body language, Judi observes.

She could also be seen to be giving unconscious signals that she already knows she is pregnant.

Judi says: ‘While Harry looks like the most relaxed royal here, Meghan begins by adopting a super-elegant regal pose with one hand placed across her stomach in what could have been another hint at her existing or impending pregnancy.

‘When she leans forward laughing she pulls away from Harry to share the moment with the royal children in the front row, hinting where her key focus was at that point.’ 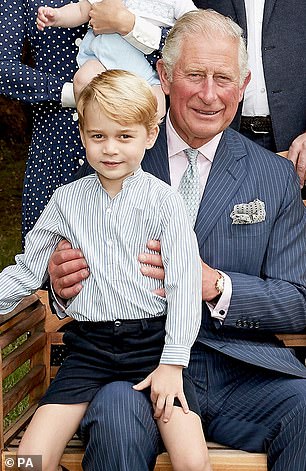 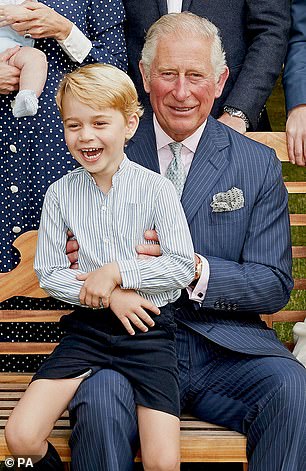 Cheeky chappy: Prince George is lively and confident while sitting on his grandfather’s knee. His body language offers signals of both shyness and ‘fun and naughty behaviours’

Judi points out how Charlotte’s behaviour is reminiscent of Princess Anne’s when she was of a similar age.

However Prince George appears ‘far more lively and extrovert than his granddad Prince Charles did as a child’.

She continues: ‘George is much more like his own father was as a child, blending signals of what can look like shyness with typically fun and naughty behaviours.

‘He looks keen to escape his granddad’s knee here but overall Kate’s calm and proud-looking smile and William’s focus on the camera suggests both their older children are lively but ultimately well-behaved.’

Birthday boy Charles has a tempered smile in the more formal portrait, making him appear happy but ‘almost reluctant about all the attention’.

But the main message the future king is communicating is one of power, according to Judi.

She says: ‘He quietly emphasises his status with a wide leg splay and consistently formal body posing.’ 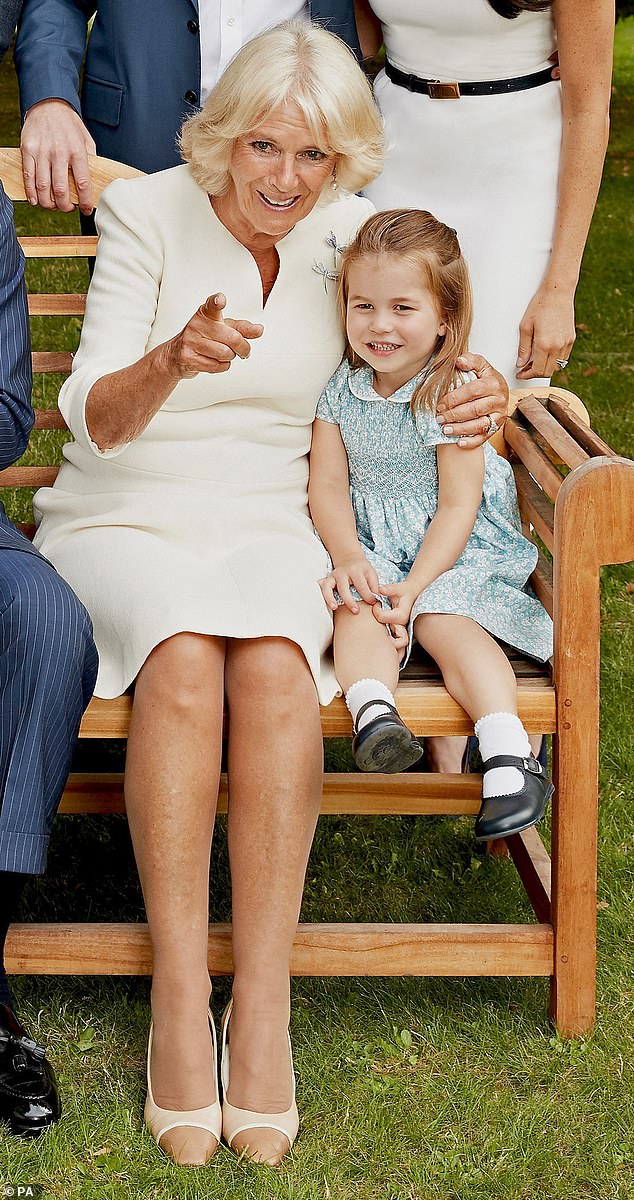 Close relationship: The Duchess of Cornwall is comfortable cuddling Charlotte in close

‘Camilla uses pronounced signals of reserve or shyness, with a very self-diminished body pose with her arms pulled into her torso, her legs held straight together and her head slightly dipped,’  Judi explains.

‘However her steepled hand position hints at the kind of upper-hand, backseat driver dominance that we spotted in Charles’s birthday documentary.

‘Her hands form a precision gesture that suggests careful and strategic thinking, but at the same time this is also a self-calming ritual that suggests she could still slightly wary about her public profile.’

She adds: ‘It’s east to see which of the two of them is easiest with the grand kids. While Camilla hugs and chats with Charlotte, Charles appears far more tentative and awkward from the way he’s holding George round the ribs.’ 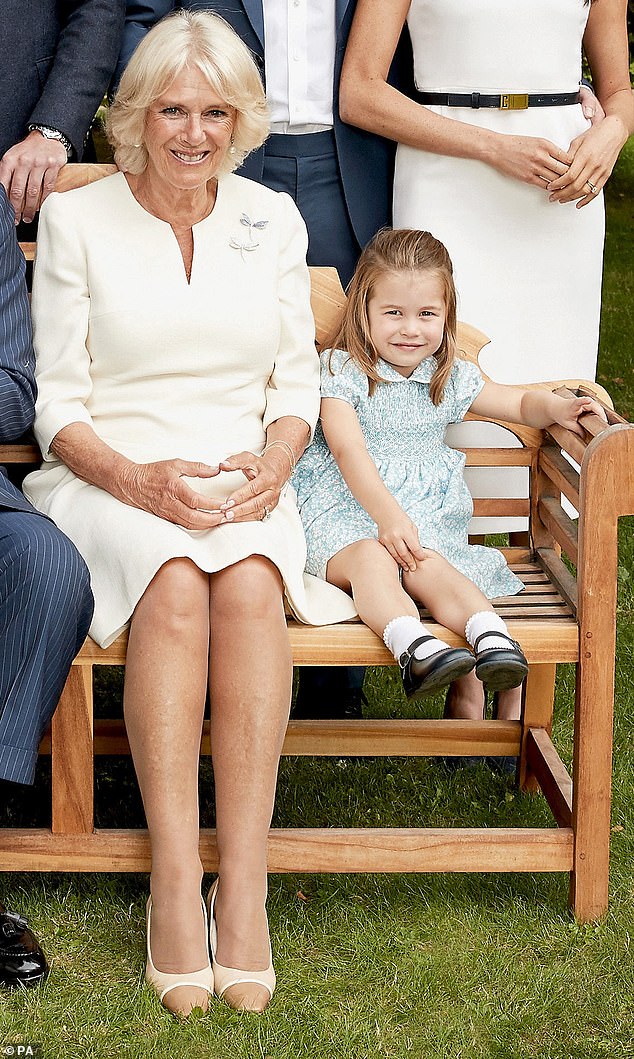 Calm and collected: Charlotte, three, looks perfectly happy being in front of the camera

Charlotte sits on the far right of the photo on the bench next to the Duchess of Cornwall. In the second, more informal shot, she snuggles in close to a delighted Camilla.

Judi observes: ‘Charlotte seems more than happy to sit in the front row with her arm out on the chair and with what seem like no worried glances to her mother behind her.

‘She also snuggles up to Camilla quite happily and seems more than used to the camera.’