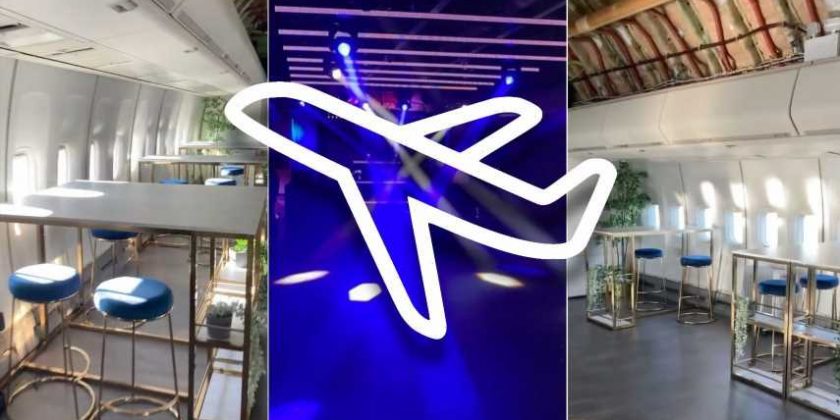 If you’re looking for a unique place to host a party, look no further, as a company in the United Kingdom has turned a retired 747 British Airways jet into a posh event space that they’re renting out for a stunning $1,300 per hour. The jamboree jet will have all of the amenities of a nightclub, and can even be rented out for weddings.

After a few retired 747 airplanes ended up at the privately-owned Cotswold Airport in the United Kingdom, airport CEO Suzannah Harvey had a wild idea. She picked up the retired plane for less than $2 and over the next two years spent $671,000 on renovations to turn the old jet into one of the world’s most unique event spaces.

The economy section was completely gutted to make room for a massive dance floor with a custom DJ booth and a set of posh cocktail tables. The crew was able to repurpose the galley into a stylish bar.

But the company says the process wasn’t so easy.

RELATED: Famous Celebrities And Athletes Who Charge Over $1 Million To Attend Private Events

“It’s been a lengthy process to actually make it safe for public viewing, because these aircraft are designed to be in the air,” Cotswold Airport CEO told CNN. “So, there are a lot of safety features which would not meet health and safety regulations for an event space on the ground. So, they have to be decommissioned.”

But it looks like the company got the party plane up to code and plans to launch next month.

“We’re absolutely inundated with inquiries at the moment,” she said. “It’s a very versatile events facility, so it can accommodate anything from a kid’s birthday party, through to a new product launch or a corporate presentation.”

The party plane even has a wedding license for those couples to tie the knot in style and have $16,000 to spend on a 24-hour reservation. The company says one couple has already booked the fiesta flyer for their nuptials this spring.

Though the company admits there is still one issue with the jamboree jet.

“One problem that we still haven’t managed to solve is to get the toilet system working,” said Harvey. “We’re hopeful that we’ll nail that problem in the next six months or so. But at the moment, we’ve got very posh loo units that are positioned outside.”