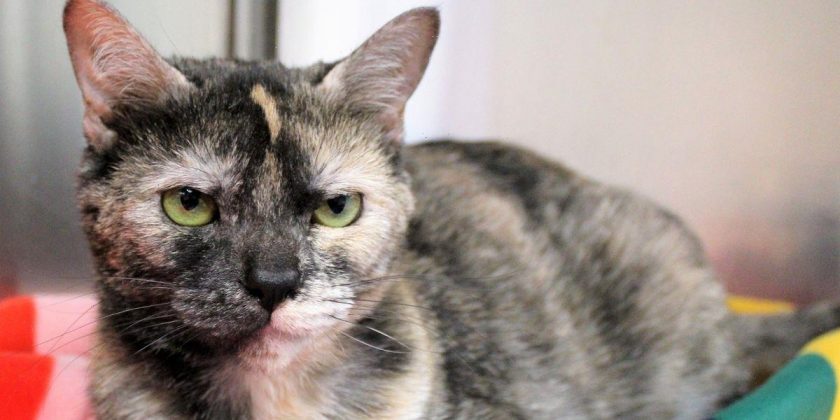 A cat with a grumpy facial expression has finally found a forever home.

Two-year-old Cinder is a sweet kitten, although you wouldn't think that from her face.

At first, the cat put off potential owners as she remained in The Michiana Humane Society for weeks after being taken off the streets.

She was a stray cat and carers wrote an appeal on Facebook explaining that Cinder just wanted to be loved.

But on January 27, the kitten met her match and now her life has begun as a beloved family pet.

Although it might not seem it by her facial expression, Cinder is very happy about her new home.

A spokesperson from Michiana Humane Society said: "Cinder was an absolute pleasure to have rescued – she really was a lovely cat.

"When she was brought into the shelter everyone was saying the same thing about how grumpy she looked.

"We quickly realised that it was just her natural expression.

"Families started mentioning it when looking to adopt, so we thought we'd do a Facebook post as if we were Cinder to help her."

The spokesperson added: "It seems to have done the trick as three days later she was adopted.

"We were so happy to see her find some where where she'll be truly loved."

In other news, the world's biggest cat is so big people mistake it for dog.

Living in the small Russian town of Stary Oskol, the owner bought the Maine Coon kitten two years ago.

And now she says that most people think that her giant white cat is actually a dog.