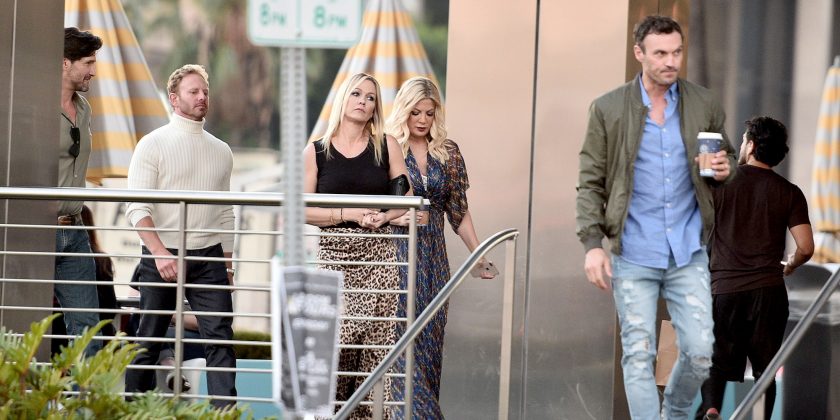 Nostalgia! The original cast of Beverly Hills, 90210 was spotted on a coffee date together in Los Angeles recently, sparking rumors that they’re working on a reboot of the hit ‘90s series.

The cast’s reunion comes a few months after Spelling told Us Weekly exclusively that they were discussing a revival.

“We’re talking about it. We’re definitely talking about it,” the 45-year-old actress revealed in September. “The cast all remained very close over the years.” (In November, California’s Woolsey wildfires forced Spelling and her family to evacuate their home and take up shelter with Garth, 46.)

“I know it’s something that the fans really want and we all love each other, so we would love to work together again,” the Last Sharknado: It’s About Time star continued.

She added that they didn’t want to make a “typical reboot,” but rather create something special. She explained, “I think we are invested in … kind of turning a reboot on its heels and doing something a little different. So that’s why we’re taking our time to do it right.”

Scroll through to see pictures from the epic reunion!