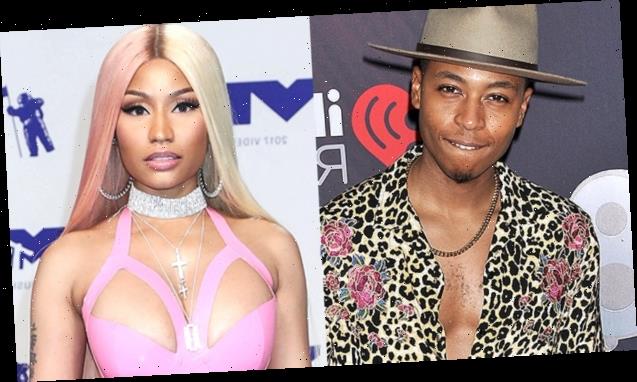 Kevin Ross opened up about Nicki Minaj and Trey Songz in this EXCLUSIVE new interview, as well as his latest album ‘Audacity’!

Kevin Ross, 32, has written songs for many talented artists — but he has particularly fond memories of collaborating with Nicki Minaj, 37. “It’s really cool when you do collaborate with them and make magic. The more you create, the more memories that you have under your belt,” he said of their fire 2014 track “Touchin’, Lovin’” with Trey Songz, 35. “It’s always a small world, you know, with every artist the relationship is a bit different so with Nicki it was more so working with her was through Trey,” he explained.

It turns out Kevin and Trey were originally on the track before Nicki was added as a feature. “I had more of a rapport with Trey than I did with Nicki, but once we finished the song ‘Touchin’, Lovin’ he was like, ‘Oh, you know what? I’ll reach out to Nicki to get her on the song,’” he remembered, revealing the pair have stayed in touch! “Because of the work that we put in, we ended up meeting again…we were all sitting at the W planning, while Nicki figuring out what she wanted to do next as far as projects and songs so we were able to reconnect in that way. And so you’ll always run into people, whether or not you remember them or they remember you. It’s all a part of the game,” he said.

“Outside of that you know sometimes you just work with people through certain like degrees of degrees of separation,” he added when asked about Nicki’s recent pregnancy news. Kevin has been keeping busy with his own music as of late, dropping album Audacity in two parts: Vol. 1 debuted in December and Vol. 2 dropped on Aug. 14. “I’m an artist and at a discovery phase, I think it’s really important for people to digest the music instead of feeling overwhelmed. So if you look at 14 songs they’re less likely to go through the whole thing and they might give up after track three versus just six songs,” he told HL, sharing his excitement about the project.

With the upcoming election and BLM movement, the R&B star is also encouraging his fans to use their voices to fight against racial injustice. “We have to use our platform to bring light to injustice. Because at the end of the day for me it’s beyond color. This is a human thing, we’re all faced with the human condition and we’re going through life within human form. And what that means to me is that if we can’t get equality across the board, no matter what color, no matter what background, it needs to be even all across the board,” he noted.