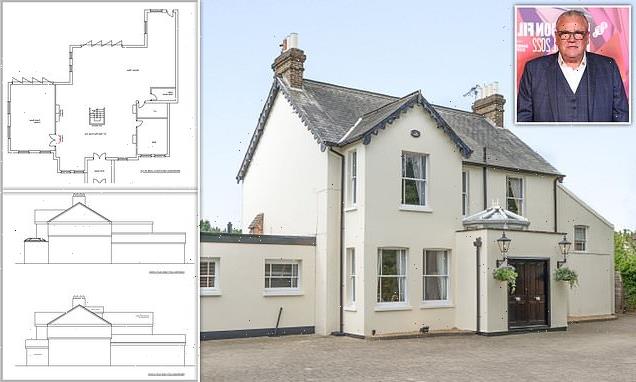 Movie hardman Ray Winstone has lost a battle to extend his £4million country home after council chiefs ruled that his plans were ‘inappropriate’.

The Sexy Beast star wanted to demolish a ground floor games room to make way for a new open-plan kitchen extension with two roof lantern skylights at his rambling mansion in Roydon, Essex, which includes two swimming pools and a party barn.

He also applied to add side and rear extensions, convert his loft into a sixth bedroom with dormer windows, double the size of his porch and replace a flat roof with a pitched one.

But Epping Forest District Council turned down Winstone’s plans for the Grand Designs-style makeover of his late Victorian farmhouse, saying they would be ‘detrimental’ to the green belt and a designated conservation area. 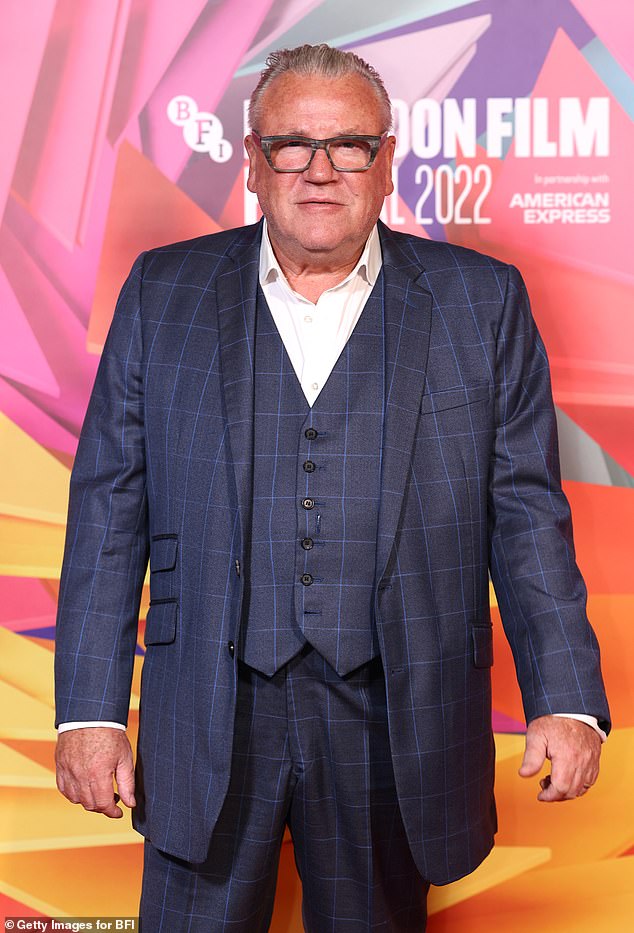 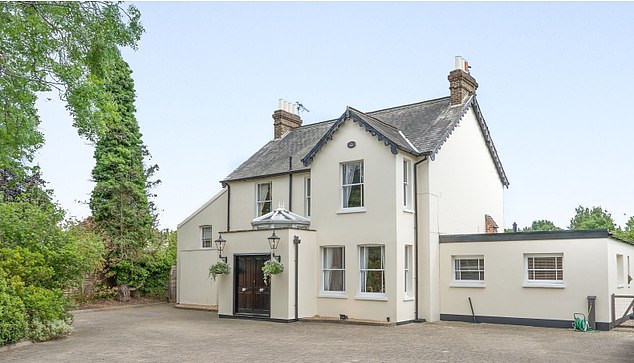 ‘The proposal seeks to still further increase the number of extensions to the property which amounts to disproportionate additions over and above the size of the original dwellinghouse and is detrimental to the open character and the visual amenity of the green belt area.

‘It would represent inappropriate development to the green belt for which no very special circumstances have been demonstrated to clearly outweigh its harm.

‘Although modern in date, the subject site was designed in order to appear sympathetic within its rural, traditional environment.’

Winstone, 65, had previous plans to extend his home, giving him an 80% increase in floor area and a 71% increase in overall volume, approved by the council in February, 2019, as it involved only ‘sympathetic’ alterations and the removal of ‘intrusive’ flat roof front extensions.

But building work was never carried out within the three-year deadline and the actor submitted revised plans last year, which have now been rejected.

Ms Brown added in her statement: ‘The proposed side extensions and alterations in terms of their larger scale, deeper density, greater massing and extended height would be unsympathetic to the appearance of the principle building form and the character of the area.

‘The proposed side extensions would not appear subordinate in size and scale to the existing building and would essentially be inappropriately doubling its frontage.

‘The substantial scale of the rear extensions results in unsympathetic alterations to the building form, massing and density.’ 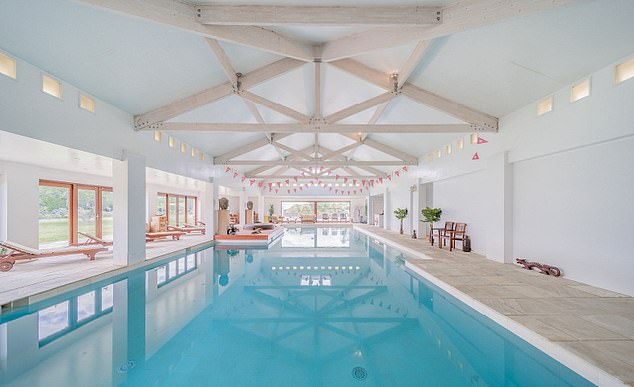 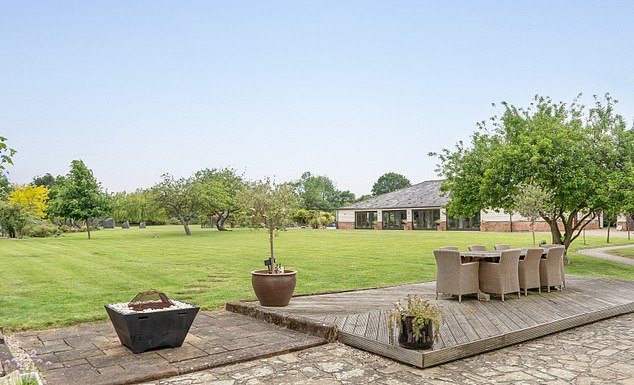 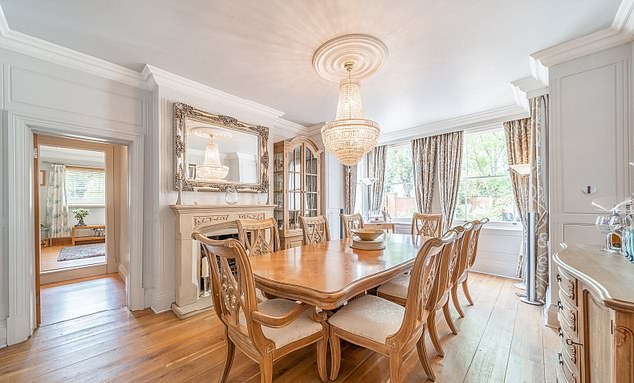 Winstone has played the tough guy in a string of Oscar-winning Hollywood blockbusters since he first starred as a thug in borstal drama Scum in 1979.

The actor who has appeared in Bet365 adverts has also starred in Martin Scorcese’s The Departed, The Legend of Barney Thomson in 2015 as well as big-screen triumphs such as Sexy Beast, Nil by Mouth and The Sweeney.

His home which is set in three acres was described recently in estate agent’s details as a ‘delightful’ country residence in a ‘quintessential English village complete with village green’. 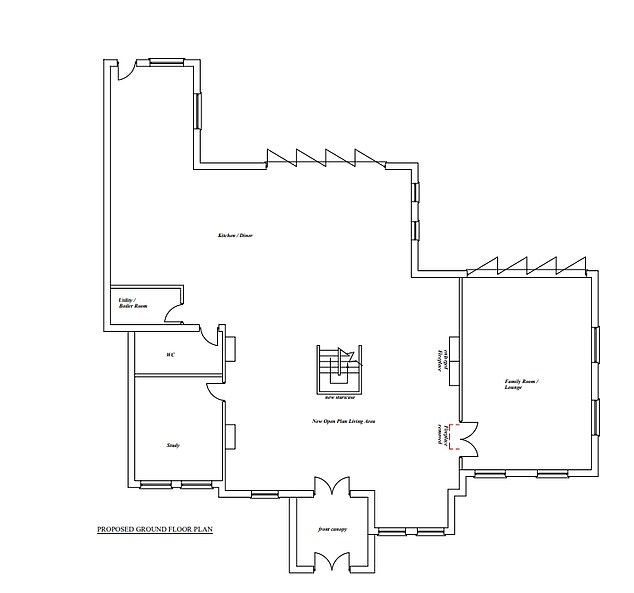 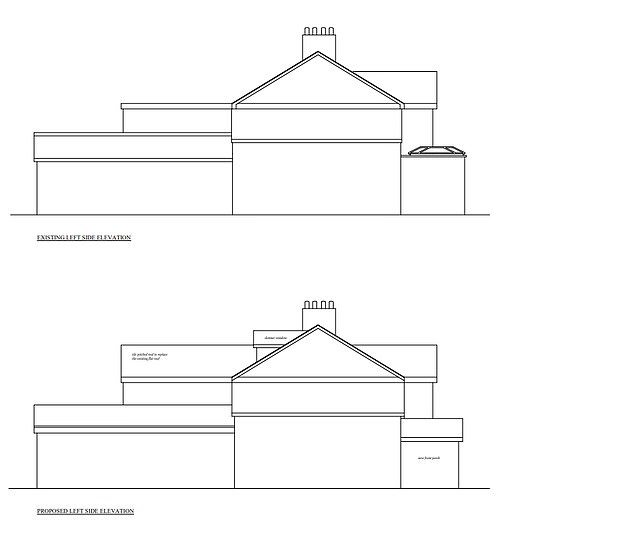 The Sexy Beast star wanted to demolish a ground floor games room to make way for a new open-plan kitchen extension with two roof lantern skylights, add side and rear extensions and convert his loft into a sixth bedroom with dormer windows at his rambling Essex mansion

There is also what is described as a ‘superb bespoke indoor swimming pool complex in a 79ft by 44ft outbuilding with changing facilities, a jacuzzi, steam room, tanning booth and doors opening to a terrace and ‘a vista over the beautiful gardens’.

The house also has a separate outdoor pool and a ‘tremendous’ 55ft by 11ft entertainment barn with its own bar and ‘spacious areas to relax or dance the night away’.

The five-door thatched garage complex measuring 51ft by 18ft has ‘luxuriously appointed’ self-contained guest accommodation above it in an open plan studio.

The details say: ‘The formal gardens are landscaped and surround the main house offering different areas to enjoy al-fresco dining or just to sit and relax taking in the interesting slate monoliths and ornamental waterfall linking to the koi carp pond.

‘Sweeping lawns are studded by a wide variety of mature and specimen trees, both coniferous and deciduous. The side garden offers an enclosed children’s play area complete with play equipment.’

The sales brochure adds: ‘The current owners have carried out many improvements over the years and have created a warm and comfortable family home truly designed for entertaining on a grand scale.’ 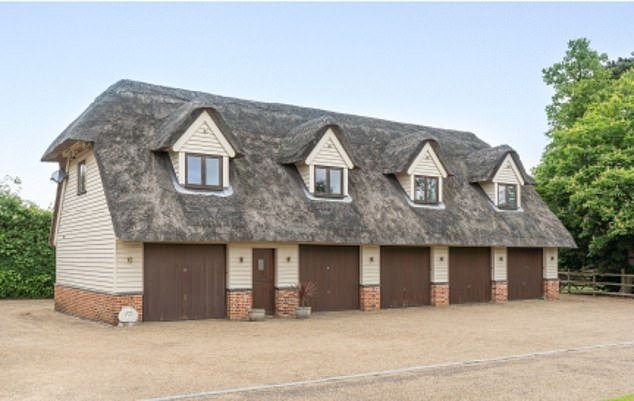 Winstone’s planning agent Graham Aldridge argued in a heritage statement submitted to the council that the extension plans would ‘create a much more comfortable place to live in line with modern living standards’.

Mr Aldridge added: ‘The existing property has had no significant investment in the past twenty years and is in need of upgrading and modernisation in keeping with modern building techniques and lifestyles.

‘The alterations proposed will create an excellent family home, truly fitting of the location and its beautiful surroundings.

‘All materials used will be to match existing and there will be re-use of the existing slate tiles which are to be taken from the games room which is to be demolished. The impact on any of the surroundings will be minimal.’

But council conservation officer Stela Sudekum registered opposition to the plans, according to paperwork on the council’s website.

She said the rear and side extensions were ‘poorly designed alterations’ which would ‘erode the overall appearance of the principle building and in turn harm the character of the conservation area’.

Ms Sudekum also described the first floor extension as ‘unsympathetic’ and ‘not acceptable’, and the proposed dormer windows as too big, but she had no objection to the demolition of the games room which would create ‘a more sympathetic layout’.