‘Why did he get preferential treatment?!’: Outraged Bake Off viewers ask why Rahul was given extra time, how he could win after burning his pitta and losing technical challenge and claim he ‘lied’ about never eating a doughnut

An emotional Rahul Mandal has been crowned the winner of Great British Bake Off 2018 following a dramatic series that was embroiled in ‘cheating’ claims.

The Kolkata-born research scientist, 30, beat off stiff competition from finalists Ruby Bhogal and Kim-Joy Hewlett to win the coveted crown on Tuesday night, but fans have accused the star baker of being a ‘liar and a cheat’ who received ‘preferential treatment’ from judges during the series finale.

His final challenge – an edible rock garden made from orange-flavoured green curd, cardamon diplomat and orange butter cream – secured his victory following a doughnut Signature Bake task and pitta bread Technical Challenge over an open fire that saw him mildly burn the bread.

However, eagle-eyed viewers noted that despite Rahul’s claim he had never eaten doughnuts before, he later said that he preferred the baked treat ‘with lots of filling’.

There was also outcry after the finalist was given a full 15 minutes’ extra time to complete his showstopper challenge when a glass storage jar shattered in the heat and shards went flying into his cake mix. 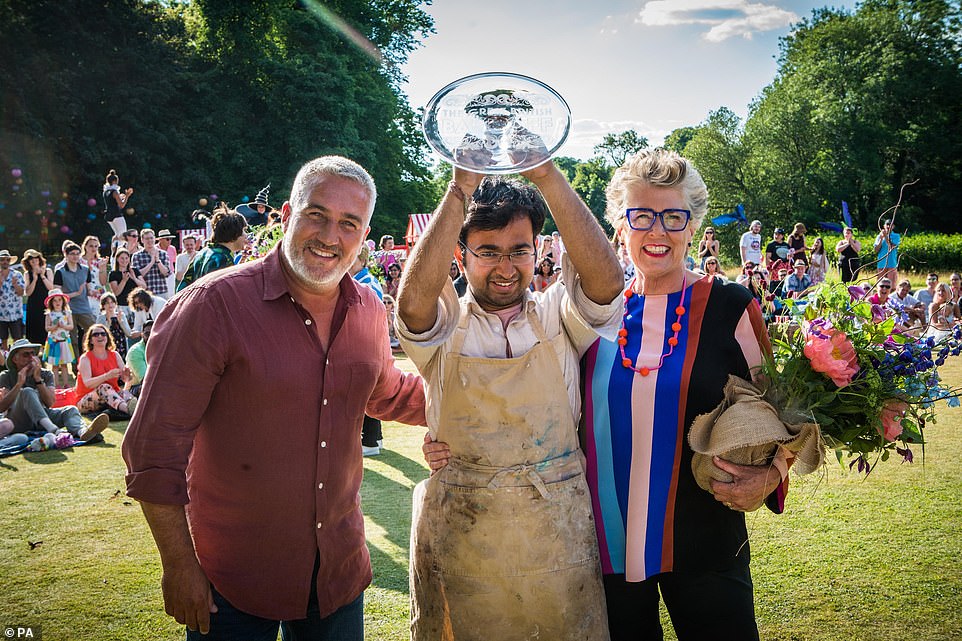 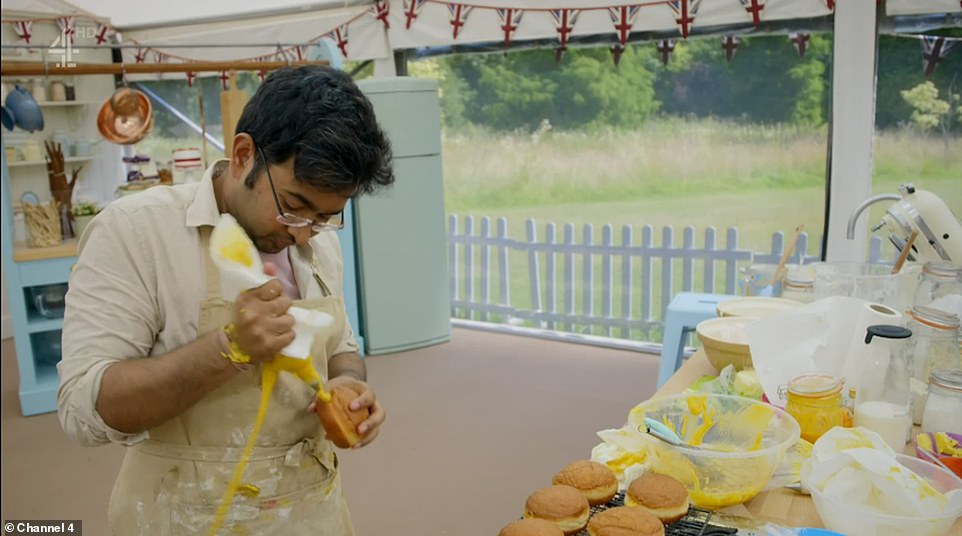 Rahul filling his doughnuts during tonight’s series finale. Fans have accused the now-winner of being a ‘liar’ after he said he had never eaten a doughnut before – and later claimed he liked them with ‘lots of filling’ during the challenge

Controversy: One eagle-eyed viewer noted that despite Rahul’s claim that he had never eaten doughnuts before, he later said that he preferred the baked treat ‘with lots of filling’. One irate viewer branded the finalist a ‘liar’