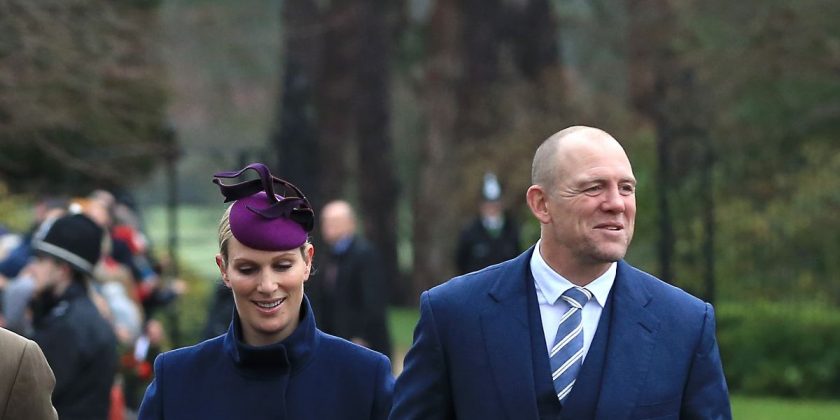 The Queen spent a ‘private’ Christmas with Zara and Mike Tindall after their miscarriage tragedy in 2016.

Just weeks after announcing Zara’s second pregnancy, a spokesperson for the couple revealed on Christmas Eve they had sadly lost the baby.

A statement said: "Very sadly, Zara and Mike Tindall have lost their baby. At this difficult time, we ask that everyone respects their privacy."

Now, former England rugby captain Tindall, 40, has revealed how the grieving couple spent a private Christmas with the Queen, who also missed the Christmas Day church service that year.

Speaking about how he tried to lift the mood and cheer his wife up in a silly festive suit, he said: "Two years ago she (the Queen) wasn’t feeling very well and so she didn’t go to church and we had been though what we’d been through – so we did our own little private – as a three.

"I said maybe I should be wearing something different today, but I was trying to raise the mood."

The pair were expecting their second child – a sibling for toddler daughter Mia – in the late spring, and the baby would have been the Queen and Prince Philip’s sixth great-grandchild.

They announced the second pregnancy at the end of November 2016 – just weeks before their tragic loss.

Earlier this year, Zara opened up about how losing their baby impacted on her and her husband as a couple.

She revealed on BBC Breakfast how Mike felt "helpless", saying: "It’s very different for us because we’re carrying the child," she said pointing to herself.

"But for guys I guess it’s kind of that helpless feeling, which must be incredibly high and horrible for them.

"At the end of the day they’ve still lost a child too. Being helpless is horrible isn’t it… for anyone."

In an interview about the “raw” effects of the first miscarriage, Zara recalled: “For me the worst thing was that we had to tell everyone – everyone we knew.”

She also told how the Royal Family helped her cope. “It was a time when my family came to the fore and I needed them,” she said. “I had to go through having the baby because it was so far along.”

Zara described how the grieving process was a "horrible road" for her and her husband, adding: "But you know actually now we’ve come out the end of it and hopefully it makes you stronger as a family."

In June this year Zara and Mike were delighted to welcome baby Lena Elizabeth – a sister for four-year-old daughter Mia.