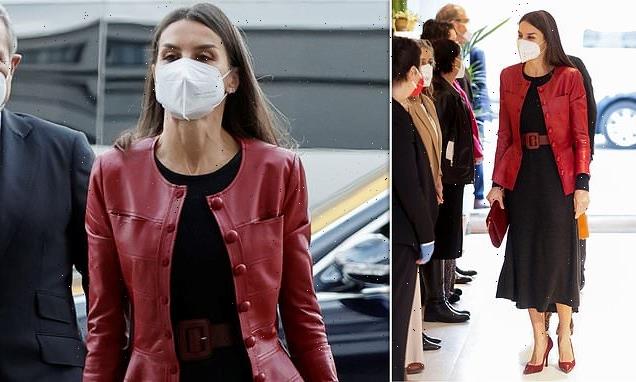 She is known for breathing new life into her wardrobe’s old pieces, and today, Queen Letizia worked her magic on jacket she first wore five years ago.

The Spanish Queen, 49, dusted off a red leather jacket from Carolina Herrera to attend Madrid’s 11th Forum Against Cancer.

She first donned the jacket in June 2017 during an event with King Felipe VI, now 54.

For today’s event, she paired the colourful jacket with a black dress and crimson accessories. 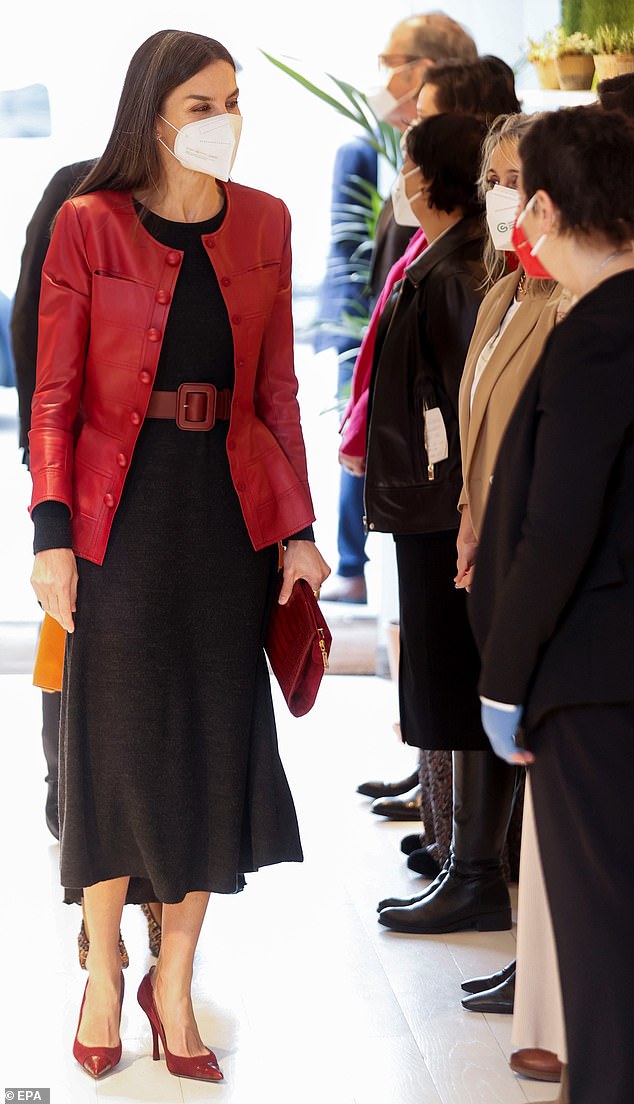 The collarless Carolina Herrera tailored leather jacket comes with large buttons on the front, but the mother-of-two sported it open.

She wore it over the knitted black dress, which had a boat neck, with a leather red belt to accentuate her petite waist.

Stylish Letizia matched her other accessories to her jacket, with a pair of red stilettos and a red clutch bag.

She let the clothes do the talking and scaled her accessories back, with her favourite Karen Hallam ring and a pair of shimmery earrings shared like double daggers by Gold&Roses. 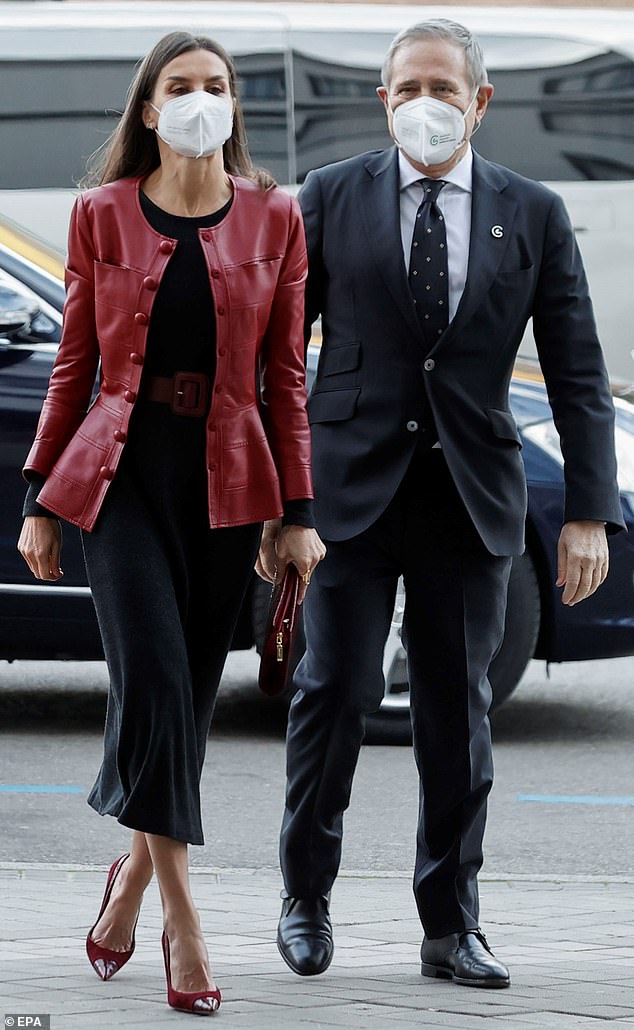 She was wearing a face covering in line with Spanish coronavirus guidelines but Letizia still donned her usually glamourous makeup underneath.

A dash of bronzer highlighted her cheekbones, and her signature smoky eye brought drama to the outfit.

Her shiny brown tresses were styled in a sleek, straight blow-dry.

The forum, which is in its 11th edition, aims to discuss inequity in cancer treatment around the country.

Letizia is the Honourary President of the Spanish Association Against Cancer and has been working closely with researchers and charities since King Felipe VI ascended the throne in 2014.

Wearing red accessories to match her jacket, Letizia looked in great spirit as she arrived to the forum with Spanish Health Minister Carolina Darias, left

The Spanish royal kept her accessories to a minimum ,only wearing her favourite Karen Hallam ring and earrings shaped like daggers

Today’s event will be the last of the week for Letizia after a busy seven days.

The royal was in Austria over the weekend for a state visit with Felipe Vi, and returned to Madrid on Monday.

On Wednesday, she attended a meeting at UNICEF Spain’s headquarters in Madrid.

Armed with a folder overflowing with documents, the mother-of-two, who is the honourary president of the Spanish branch of UNICEF, looked ready for business.

Letizia was welcomed by President of the patronage of UNICEF Spain, Gustavo Suarez Pertierra ahead of their meeting.

The mother-of-two, who is the honourary president of the organisation’s Spanish branch, looked eager to get started on their work.

The meeting aimed to look back at what UNICEF Spain achieved in 2021 as well as addressing the challenges disadvantaged children will face this year. 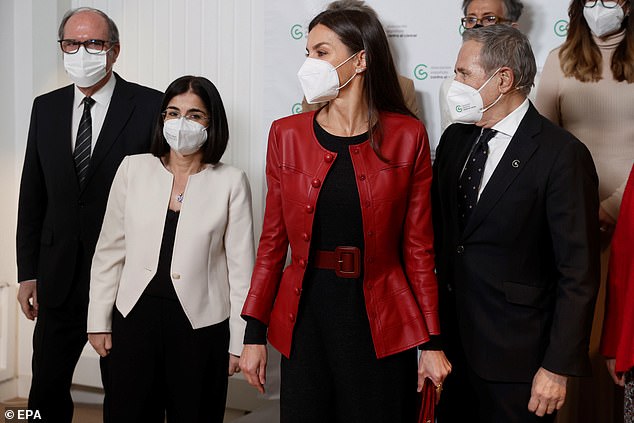 The queen chatted with the forum’s other attendees, including Carolina Darias, second left, and President of the Spanish Association Against Cancer, Ramon Reyes, right 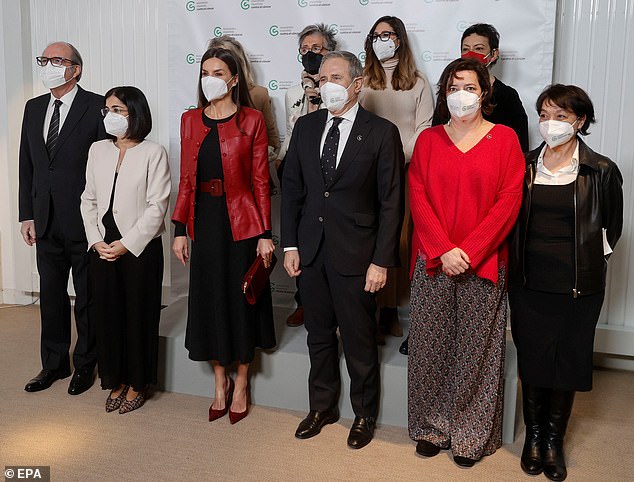 Today’s event will aim to address the inequality affect cancer patients in Spain. Letizia is the Honourary President of the Spanish Association Against Cancer