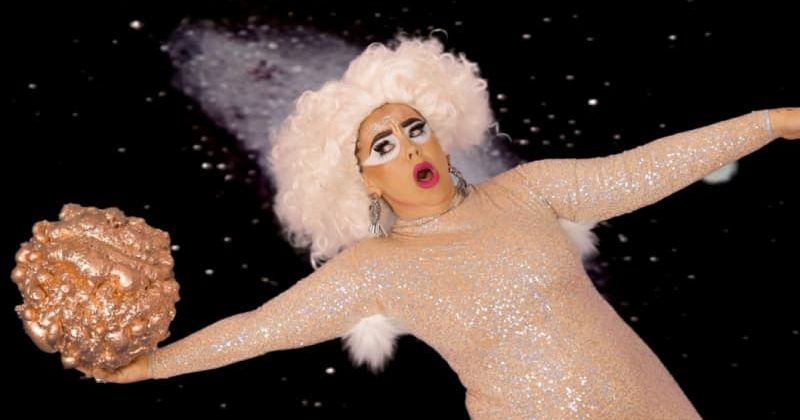 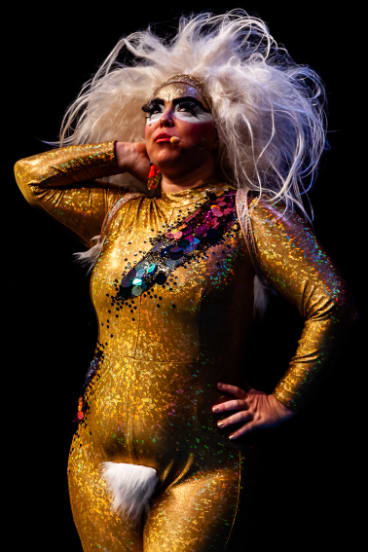 Midsumma roars to life with this queer sci-fi rock opera, which sees Sarah Ward step away from her award-winning alter-ego, Yana Alana.

It’s a rather large step. A consummate diva with a colossal ego, Yana is cabaret royalty and exerts the same sort of gravitational pull over her creator’s career that Dame Edna’s did with Barry Humphries.

Ward blasts off into the interstellar medium to achieve escape velocity. And her new onstage persona, Queen Kong, despite being immortal and having superpowers, is almost Yana’s opposite. She's not a totalising egoist, but an abject figure, a galactic refugee, an avatar of humanity lost in space, a naïve Earth goddess or chthonic monster – take your pick – who is so ill-defined she’s almost a cypher.

Most of the absurdity and extroversion gets channelled into crazy stuff happening to Queen Kong, and the show becomes a free-wheeling space picaresque crowded with camp pastiche – a kaleidoscope of sci-fi, monster horror and mythological tropes in search of a story. 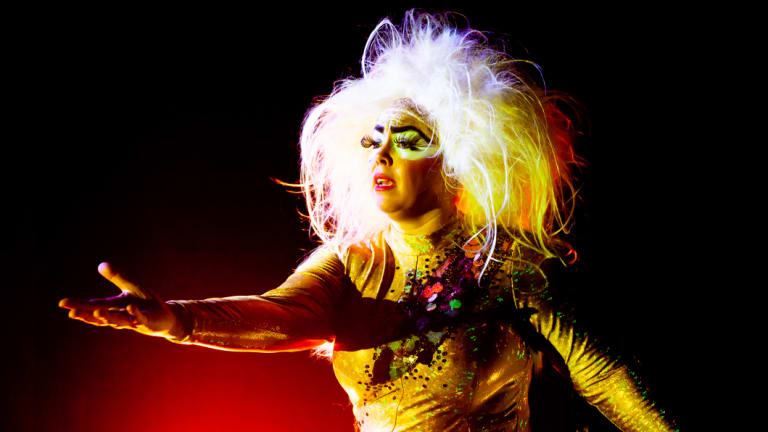 It’s a work with outsized ambitions. One of its singular achievements is its accessibility to a deaf and hearing-impaired audience, partly done through wild visual design.

Will Huxley’s brilliant video art and Finn Scholes’ animation, together with suitably cosmic lighting and outlandish costume, are integral to this space odyssey, with songs Auslan-interpreted by a cheeky artificial intelligence (Asphyxia) invoking every sub-realm of science fiction from Barbarella to Red Dwarf.

The songs themselves are as eclectic and clever as the pop culture references. Highlights include the catchy conga pop of Nomo Fomo (the lyric “No mo’ ScoMo” inspired audible cheers), a fun punk-pop homage to Plastic Bertrand called I’m A Blancmange, and a full-throated aria on the destruction of Earth. 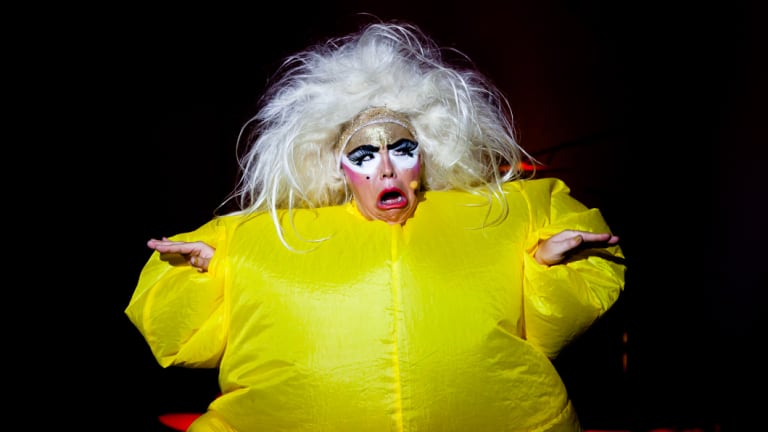 Entertaining as these are individually, the whole doesn’t really converge into coherent ecological, political or social satire, or even consistently amusing whimsy, and the shtick can be loose to the point of making no sense at all.

At one stage, Queen Kong mythologises the Big Bang and patriarchy. Both start with male gods going for gold at a gay sauna, inexplicably ignoring the fact that patriarchy has a long history of opposing sex between men.

Queen Kong commandeers asteroids, frolicks with aliens at bus stops and gets spaghettified in a black hole, all through original songs. So it’s slightly odd that she resorts to Joni Mitchell’s Woodstock, that ethereal hymn to a prelapsarian future, to close the show. 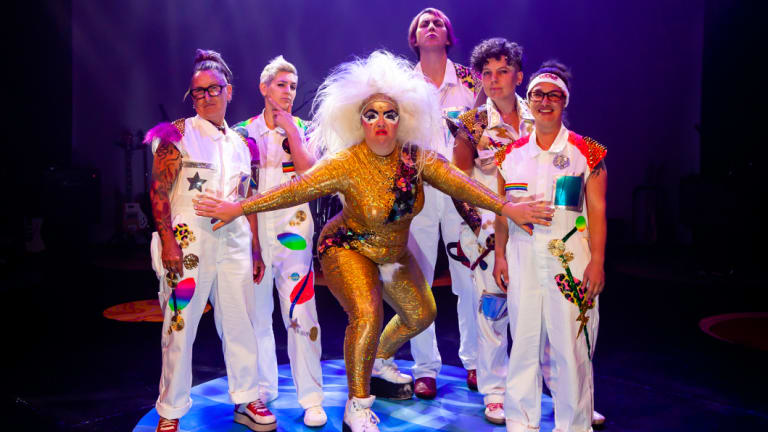 Ward with her onstage band.Credit:Peter Leslie

Still, the way Ward sings it is intoxicating and her vast talent, supported by musical director Bec Matthews and the band, always delivers unforgettable moments.

But stringing those moments together, structuring them into narrative, ensuring the comedy is allied to precise critique – all these challenges must be faced before Queen Kong can conquer the galaxy.