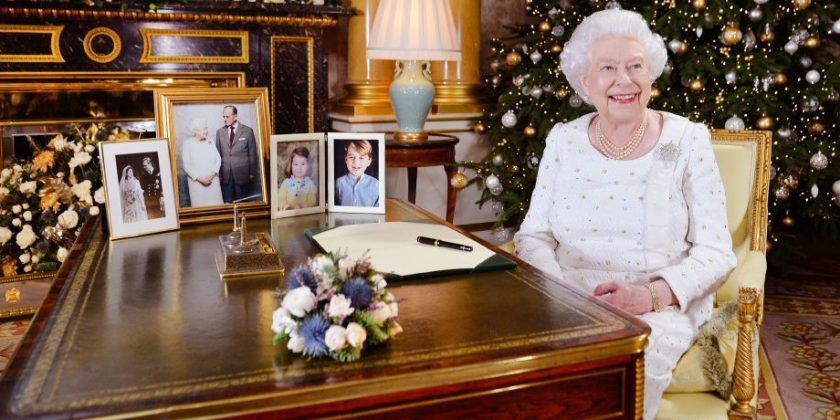 Queen Elizabeth II delivered a Christmas Day speech to Britons about the importance of coming together and making sacrifices — but she apparently didn’t put much thought into the decor.

The monarch was blasted for making the speech calling for self-sacrifice while sitting in an enormous palace, with a golden piano featured prominently in the background. As Mediaite noted, the speech drew quite a bit of pushback from the internet and accusations that she is out of touch.

The report noted that the speech was delivered in the Buckingham Palace’s White Drawing Room, which features the gold piano that had been purchased by Queen Victoria that has been an iconic fixture in the palace room. The rest of the room was decorated for Christmas, with a giant tree in the background adorned with golden ornaments and right white lights.

In the speech, surrounded by millions of dollars worth of decorations, Queen Elizabeth II spoke about the importance of making sacrifices.

“Some cultures believe a long life brings wisdom. I’d like to think so,” she said (via the Daily Mail). “Perhaps part of that wisdom is to recognize some of life’s baffling paradoxes, such as the way human beings have a huge propensity for good, and yet a capacity for evil. Even the power of faith, which frequently inspires great generosity and self-sacrifice, can fall victim to tribalism.”

Some saw that as a reference to helping others living in poverty, or cutting back during times of financial hardship. Either way, Twitter was pretty aghast that she would deliver she speech in front of such opulent shows of wealth.

“I liked the bit where she was sitting on a gold chair in a gold room with her gold fire guard and gold clock in front of a gold mirror beside the gold piano writing with her gold pen next to the gold picture frame wearing her gold bracelet talking about poverty #QueensSpeech,” one person wrote on Twitter.

Others shared pictures of the solid gold piano in the background, calling it a “PR disaster” and wondering if the person who thought it was a good idea to have her deliver the speech in the White Drawing Room would get fired for the decision.

But others defended Queen Elizabeth II, noting that many other world leaders don’t broach the topic of poverty of self-sacrifice. Others figured that most of the rooms in Buckingham Palace are filled with priceless items, making it difficult to deliver the speech anywhere else.