A day after his election as Liberal Party leader by a single vote, John Pesutto sat down with The Age to answer questions about the future of the party and the challenges he faces. 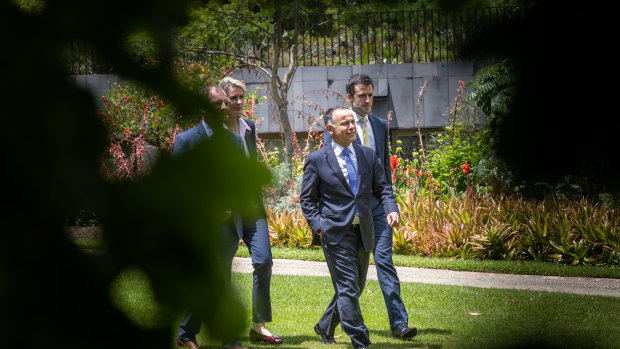 How have we got to the stage where we are talking about whether the party is a viable party of government?

I think it would be ignoring reality to say that the brand doesn’t face serious challenges, but I’m not in that school of thought that says it’s about to fall off a cliff either. Because I ran a campaign in Hawthorn, for example, and I know Jess [Wilson] did in Kew, where I was able to produce a swing against really well-run (Labor and independent) campaigns.

After three elections, I can understand why some people would think, well, how does the party win again? And that’s precisely one of the things I want to start changing, that psychology. We have to build a winning psychology.

How do you build a winning culture in four years?

I think it’s the energy, the enthusiasm, you bring to that leadership to show people that, hey, we are invested in this, we’re doing this because we know that if we work hard on those few bright spots that we did have in the election, we can win seats. I want to spend a lot of time as leader in parts of the community that maybe the party hasn’t been as well represented in or had as strong a presence: Melbourne’s west, regional cities. So, I want to be more on the road, less office-bound. 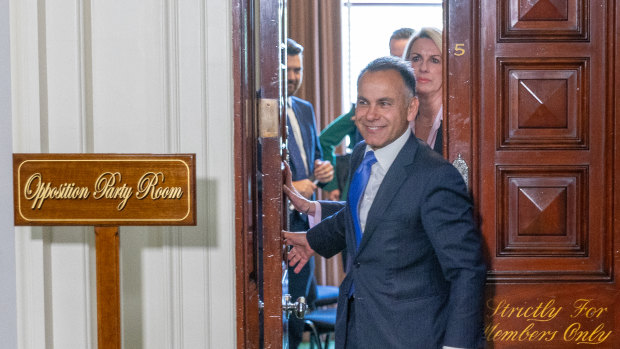 What do you make of an idea floated privately by some Liberals to create a new party brand to cater for inner-urban areas?

I’m a strong believer that the party can attract a broad base of support. Now, that might not be everybody’s view but it certainly is mine. I have every confidence that we can rebuild the appeal of the brand, but it’s going to be a function of the leadership that I and others can provide.

How do you fix the organisational wing and the factionalism that drives some of the poor campaigning?

Yeah, we do have to address that and yesterday was a good example of where we all came out of the party room and said we’re all committed to being a unified team.

Would you like to change party rules to give yourself more centralised power to pick candidates?

It’s true that we’ve spoken for a long time about wanting to get for example more women into the party, and we don’t seem to be achieving it. If we can’t get the support we need for quotas because there has been a long-standing and genuine debate about whether quotas are consistent with one of the philosophies of our party, there are other things we can do.

The process of pre-selections can sometimes reward a skill set that isn’t necessarily what you want. I know there are some terrific people, women and men, who would gladly put their hand up for political office, but people who work in fields where they might not have the time to actually go around and spend three or four years getting to know every single member. You’re caught in this situation where it’s the very fact they are so accomplished that means they don’t have the time to do that. The party needs to find ways where we can attract some of these really accomplished candidates.

Has the $4000 cap on political donations hurt the Liberal Party, and would you revisit those laws?

I don’t see a case for revisiting and I don’t know that there’d be public support for that anyway. But we lost two elections before those laws came in. So our problems preceded those changes.

Labor may seek to use your role in the (2018) African gangs debate against you. A news article quoting you and former Labor minister Lisa Neville has been shared widely on social media to allege you were fearmongering. How will you respond?

It was nothing of the sort that Labor and others have sought to portray. I was very careful at the time to go no further than what the chief commissioner said. If you look at what Lisa Neville actually said, there’s the problem, and she was Daniel Andrew’s minister at the time. I’m a first generation migrant son, so I would never do anything that made it harder for emerging communities to feel a part of this community. I don’t know why the focus is on me.

I’m confident when people look at my actual comments they will see that I was actually speaking in a very circumspect manner.

Do you accept the opposition led the African gangs debate, fuelled the debate and used it to score political points?

People were talking about it, the government made a number of legislative changes at the time. Whether it worked politically in the sense of winning votes, it may not have, but that wasn’t the point. The government, by virtue of the legislation it brought in, was responding to those issues. And so for the government to pretend that there was no issue at the time ignores what it did itself.