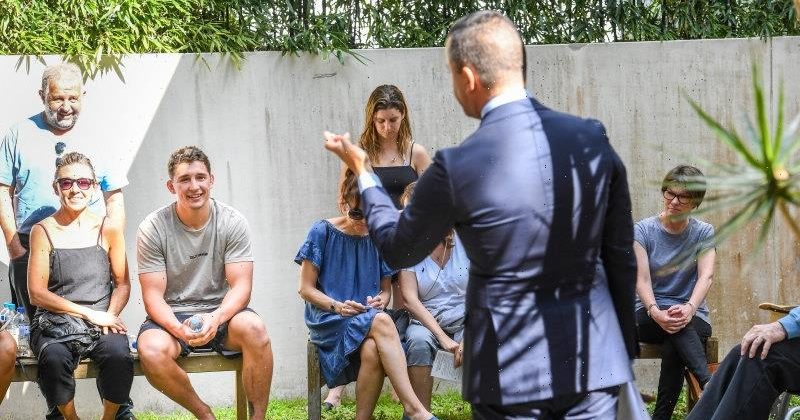 Auction clearance rates have improved to levels last seen before interest rates began to rise, new data shows, as sellers reduce their expectations to get deals done in the market downturn.

Buyers are also returning to the market with a clearer idea of their budgets, as the initial shock of seven interest rate rises subsides, agents say. 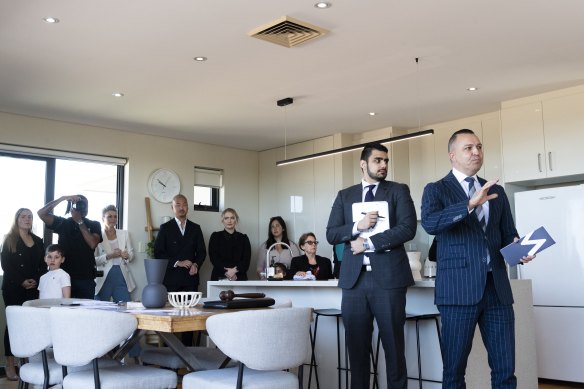 A jump in the cash rate to 2.85 per cent has cut the amount of money buyers can borrow, sending the once-booming housing market into reverse.

Although prices are still falling, the auction clearance rate has picked up for three months in a row and lifted above the 60 per cent mark.

This level would usually indicate flat price growth, but in an environment of falling buyer budgets, the stronger clearance rate instead likely shows that sellers and buyers are better able to reach agreement on price than they were last winter.

Across the combined capitals, the October auction clearance rate rebounded to 61 per cent, the highest level since March, when it was 63.5 per cent, Domain’s latest auction report card shows.

It jumped back from a low 49.7 per cent in July, but was still below the 73.5 per cent reached last October.

Auction volumes were also up for a third month, although the total number was down over the year by 33 per cent.

Brisbane, mostly a market of private sales, recorded a 44.5 per cent October clearance rate, up for the third month in a row.

“It takes time for the impact of interest rate rises to settle and for the market to become adjusted,” Powell said. “Buyers and sellers are now meeting each other better.”

The number of auctions held in spring was down on previous years, which could also have boosted the October clearance rate, she said. On the quiet first Saturday of November, Sydney recorded a preliminary clearance rate of 66.8 per cent, its highest since late March, while Melbourne’s result was 61.1 per cent. 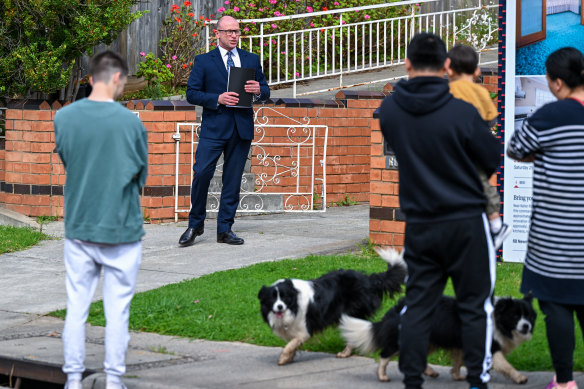 Auction volumes are down over the year, but are up since September.Credit:Joe Armao

“While trending lower than this time last year, clearance rates have held steady across the capitals and auction volumes continue to rise,” Powell said. “With these conditions set to continue, sellers will have little choice but to adapt to further rate rises and potential price falls.”

Although there was a boost in auction clearance rates in October, house prices were still falling, Powell said, as buyers found their budgets squeezed by interest rate rises.

Sydney and Melbourne recorded their fastest ever house price falls in the September quarter, down 5.2 per cent in Sydney and 4.3 per cent in Melbourne.

“There’s certainly some buyers out, and because the market is off from where it was, they are hoping to get a better deal,” Holgate said.

He said buyers were now looking at all types of properties, after a rush to larger homes during COVID-19.

Homes selling well were more likely to be well presented and need little or no renovation to be livable, he said.

In Melbourne, Jellis Craig Fitzroy partner and auctioneer Michael Amarant said some buyers and sellers were sitting on their hands, waiting for the dust to settle from the “tumultuous and sudden rise” in interest rates.

He agreed that homes in need of little work were selling well, a big change in the local market.

“Five years ago, in Fitzroy, if you had an unrenovated terrace, the excitement levels would blow out immensely,” Amarant said. “But now buyers are far more judicious and cautious about it.”

While the market had received a shock, interest rates were returning to more normal levels after falling to record lows during 2020 and 2021.

“It’s refreshing that most people coming into the market are pretty sober and realistic about prices,” he said. “It’s easier to find a common accord, or common ground.”