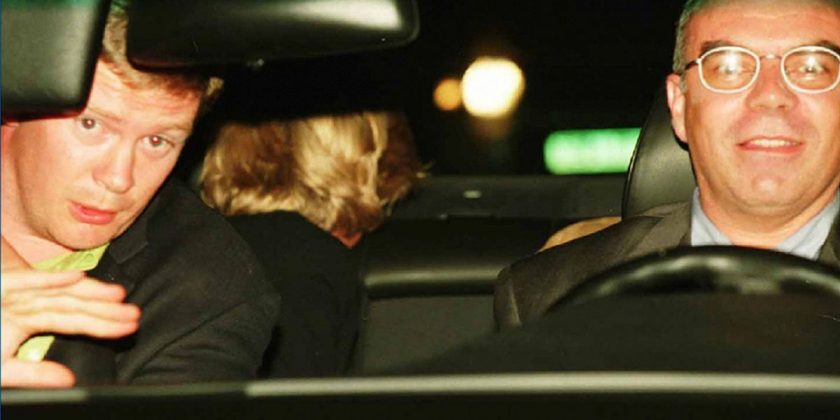 The night Princess Diana died on August 30, 1997 is one now etched into the collective consciousness of the British people.

The same cannot, unfortunately, be said for a man sat in front of Princess Diana during the fatal crash.

One of the last photos of the Princess of Wales shows a shine of her familiar blonde hair behind wide-eyed driver Henri Paul and Trevor Rees-Jones.

The former solider would, unlike Diana and Paul, survive the catastrophic crash that took place in the Pont d'Alma less than five minutes after the photo was taken.

Rees-Jones would go on to have drastic surgery for numerous broken bones, chest trauma and brain injury.

The fact he was the vehicle's sole survivor of the 100km smash ensured the final moments of Diana's life might not be lost for ever.

After serving in the parachute regiment, Rees-Jones did a tour of Northern Ireland before leaving the armed forced to work for billionaire Mohammed Al-Fayed.

In the summer of 1997 the relationship between the Egyptian owner of Harrods and the People's Princess blossomed, news.com.au reported.

One of the things Diana liked about holidaying with the Al-Fayeds in the south of France, some biographers have speculated, is the large private security team that travelled with them.

It was amongst this that the Princess found herself when she headed to the Ritz Hotel in Paris on August 30.

It was clear from the start that the stay would not be a relaxing one however, with a group of 30 paparazzi on the group's tail.

In a bid to lose the photographers Paul, the Ritz's deputy security head, suggested the two cars the group had been travelling that day leave from the front of the hotel.

Paul would drive the Princess and Dodi in one of the hotel's limos out the back.

“I wasn’t happy as it meant Dodi would be splitting the security officers, but I went along with it,” Rees-Jones would later tell an inquest into the Princess's death.

“Initially, I had been told that Dodi and Diana would travel without security and I said this would not happen, that I would travel in the vehicle with them.”

With cars full of paparazzi in hot pursuit, the journey came to an abrupt halt when the Mercedes S280 limo smashed into the tunnel's 13th pillar.

The smash would have a devastating impact on Rees-Jones who suffered severe brain and chest trauma, spent 10 days in a coma and broke every bone in his face.

Surgeons had to use old photos of his face as a reconstruction guide, piecing it back together with 150 pieces of titanium.

“His face looked like it had been hit by a frying pan in a Tom and Jerry cartoon — smashed back and flattened," his mother Gill said after the operation.

When the wreckage of that night had been cleared away and Diana laid to rest in an emotionally charged public funeral, a renewed focus was turned to those closest to her when she died.

Pushed for details, Rees said the last thing he remembered of the night was climbing into the car at the Ritz.

That meant there was a “missing” four minutes from his memory.

In an interview three years after the crash Rees-Jones: “I’m the only person who can tell people for real, and I can’t remember.

"It will be so easy if I do remember. I can tell people and all this c**p will finish.”

A year after the smash Rees-Jones had stopped working for Al-Fayed, who believed the British security services were behind the crash.

The billionaire would accuse the veteran of betraying him and, according to Rees-Jones, put "intense" pressure on him to somehow dig up lost memories of the crash.

He would attempt to drudge up the harrowing memories again in 2008, when an inquest was held into Diana's death.

“I have a memory of stopping at traffic lights and seeing a motorcycle on the right hand side of the car," he told the court.

"I’m not sure about the other vehicles, but I can remember this motorcycle very clearly.

“My memory then is of total confusion. I don’t remember the pain but in my head there was a lot of confusion.

“I don’t remember if someone was holding me or attempting to give me treatment.